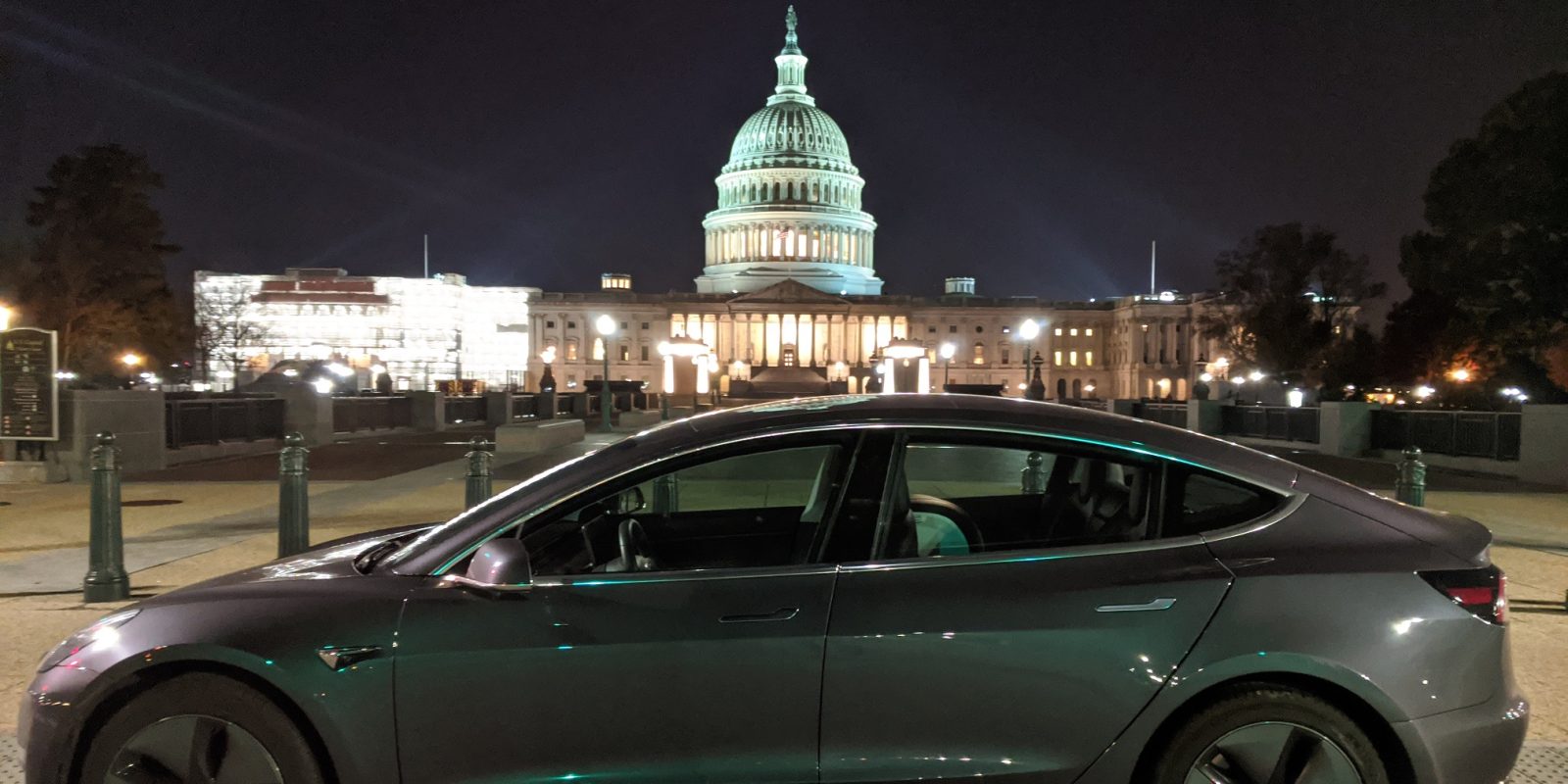 Section 2(b) sets out the Act’s purpose, which “is to establish a network of electric vehicle charging stations along eligible roads so that the United States may lead the world in protecting the environment while improving consumer experiences.”

The 10th consideration is price: “Pricing guidelines that enable operators of publicly available EVSE to allow free charging or impose a fee for charging, promoting a consistent, reliable consumer charging and payment experience.”

By calling for flexible operator pricing, the EV Freedom Act excludes utility-owned and operated networks, where pricing is set by state regulators. For example, in Maryland, DC fast charging is offered by utilities with pricing set by the utility regulator in the same manner as residential home electric pricing.

Section 4 of the bill calls for the Transportation Research Board to study the financing the EVSEs and submit a plan within two years of the Act’s passage.

Section 5 of the bill calls for the network to be built within five years of the Act’s passage; just two years following the deadline for the Secretary’s plan.

Section 5(b)(1) requires the secretary of transportation to establish a grant program with the same three-year deadline as the plan. The grant program is not limited to state and local governments; private businesses may receive grants as well.

5(b)(3) says that applications consistent with the 11 considerations shall be given priority.

5(c)(2) directs the secretary to set minimum charging speeds, and to update the minimum standards every two years “until the feasible speed of charging meets or exceeds the equivalency of average internal combustion vehicle refueling times.”

5(c)(3) prohibits the grants from constructing any EVSE “that has the ability to serve vehicles produced by only one vehicle manufacturer.”

Levin invoked the creation of the Eisenhower Interstate Highway System when introducing the bill:

President Dwight D. Eisenhower once implemented a radical idea — a system of highways that would bring America together. Six decades later, it’s time to expand on that idea and bring America’s infrastructure into the 21st century.

Electric vehicle owners can’t take any political support for granted, so we should be thankful to Levin and Ocasio-Cortez for their desire to promote EV adoption.

Unfortunately, the EV Freedom Act was not written in the model of Eisenhower’s Federal-Aid Highway Act. That law gave federal money to state agencies for truly public highways. More than six decades later, the states still own and operate those highways.

It’s indefensible that this bill would actually prioritize giving giving grants to private operators who favor inequitable time-based billing instead of electric cooperatives and utilities with EV charging rates set by the state.

Europe has become a cautionary tale. The EU gave public funds to IONITY to build an EV charging network. The company is owned by BMW, Daimler, Ford, Hyundai, Kia, and VW Group, all of whom use the CCS charging standard. After building the network, IONITY promptly increased its rates 500%, and pushed users to enter into subscription agreements with the company’s owners. There’s no reason to believe that the owners of America’s prominent EV charging networks, a mix of fossil fuel companies and private equity, will be any more considerate with public money.

The EV Freedom Act’s prioritization of the Interstate also seems off-base, as these are routes most likely to be prioritized by private investors. Congress should look not only to Eisenhower, but also to President Franklin Delano Roosevelt’s success with rural electrification. Then too, “it became evident to Rural Electrification Administration officials that established investor-owned utilities were not interested in using federal loan funds to serve sparely populated rural areas.” Sound familiar? The REA drafted the Electric Cooperative Corporation Act and provided financing to the co-ops through the Federal Financing Bank, an extremely successful arrangement that continues to this day.

There are many, many models of building out public EVSEs that don’t require counting on the charity of private investors. What model would you like to see? Give the money to utilities and co-ops for DCFCs? Or federally owned DCFCs operated by the FHA? NPS? USPS? Let us know in the comments.