Electric moped sharing is becoming so popular, competition is now heating up

Electric moped sharing (or “seated electric scooter” sharing) seems to be the natural evolution to standing electric scooter sharing programs like those from Lime and Bird. The vehicles are larger, faster, easier to park legally and generally cause less of a public nuisance. And now that a new company known as Motobee is entering the mix in the US, competition appears to be heating up.

Motobee is just the latest in a string of electric moped sharing companies to pop up over the last year.

The service has just launched in Miami, making it the second such electric moped sharing service in Miami after competitor Revel began operations there late last year.

According to a statement from Motobee supplied to Electrek:

Motobee, an all-electric moped rideshare, announced today its official launch in Miami, Florida. The Miami start-up will begin operating in Downtown, Brickell, Wynwood, Design District, Midtown and Edgewater; and soon will expand to Miami Beach and Key Biscayne. Motobee’s 100% electric moped can reach speeds up to 30 mph and fits two riders at a time. The mopeds also have a smartphone holder for GPS navigation and two helmets of 2 different sizes available.

Riders must be at least 18 years old, have a valid driver’s license and a clean, safe-driving record before they can use Motobee’s moped, called the “Bee”. 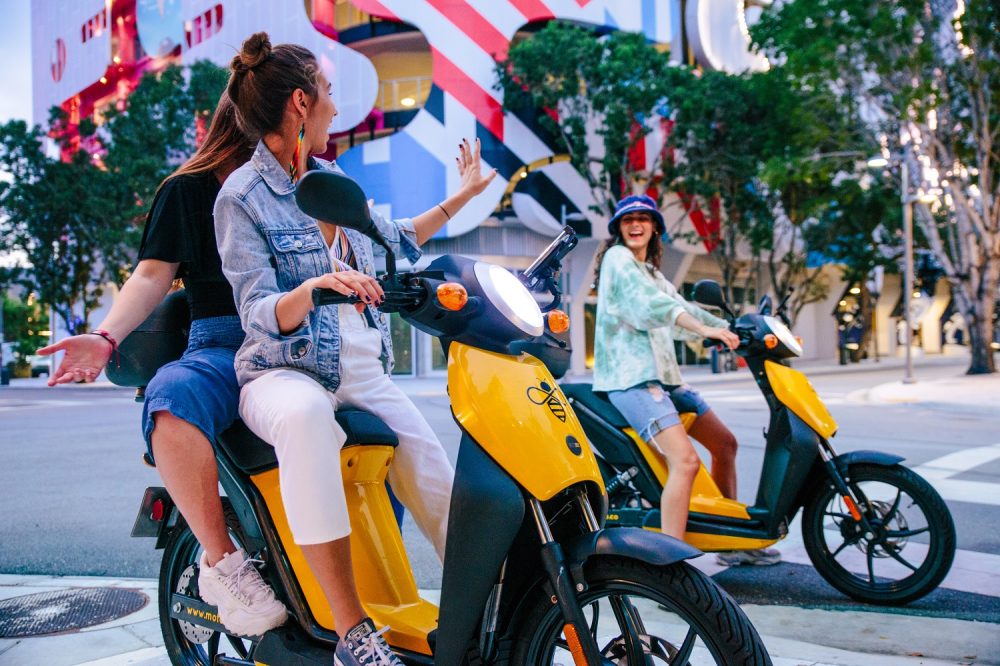 Another interesting note regarding Motobee’s service is that the company doesn’t currently offer rentals by the minute, unlike Revel and other electric moped sharing companies.

Instead, Motobee’s service will be offered as daily rentals with all-you-can-drive from 9AM to 9PM for $29 per day. 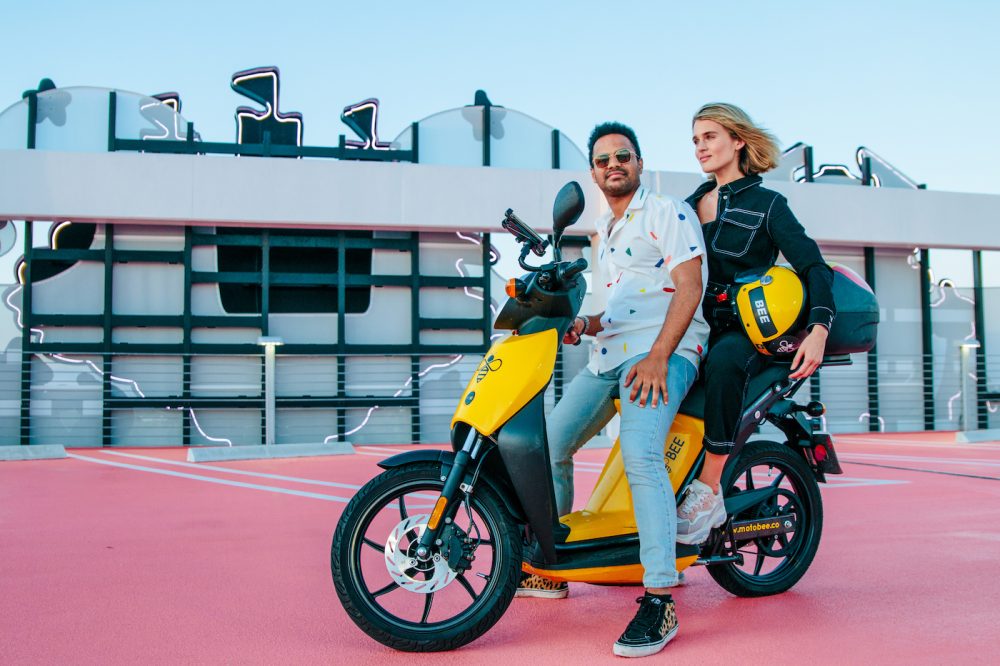 The company says that other rental opportunities will be available soon though, such as half day or 30-minute rentals.

Motobee’s electric mopeds are also not free-floating. While Revel’s electric mopeds can be parked just about anywhere (meaning legal parking spots, on-street parking, etc.), Motobee operates hubs known as Beehives. At these Beehives, of which there are currently nine spread around Miami, riders can rent and return the electric mopeds.

I find the expansion of these electric moped sharing services to be quite promising. While I still enjoy standing electric scooter sharing services like Lime and Bird, they have a number of serious drawbacks that are hard to ignore. For longer trips, I think these larger vehicles are better and more sustainable.

I’m not sure how to take Motobee’s pricing and rental structure yet though. While Revel (and Bird and Lime and others) use free-floating, rent-by-the-minute electric scooters as convenient on-demand vehicles, Motobee seems to be going in a different direction. Not many people are likely to think, “Hmmm, I need to be across town in 20 minutes, maybe I’ll grab a Motobee for a short, fun trip.” Instead, I can see these being used more as vacation rentals. In place of renting a car for 2-4x as much, perhaps tourists would rather scooter around the city. Moped rentals in places like Thailand are incredibly popular, so why not have something similar in the US?

In theory, I can see it. But I’m interested to see how it plays out in practice. For someone who wants a vehicle for a whole day, $29 is surely much cheaper than the by-the-minute pricing of companies like Revel. But will enough riders fork over for full day rentals? I’ll be fascinated to watch and find out.

What do you think about Motobee’s new offering? Let us know in the comments below!