NIU receives US approval for its electric scooters; 1,000 already on the way

NIU, one of the leading international electric scooter companies, has finally received US certification for its scooters. The company will soon be adding the United States to a list of over two dozen countries carrying NIU’s electric mopeds and scooters.

NIU’s electric scooters have proven to be extremely popular not just in the company’s native China, but also across Europe.

After introducing an updated model of high tech electric scooters last year, NIU has been slowly working through the long process of receiving US import certification. Now the company has finally received it, meaning some of their models, which are destined for the US market, are homologated and ready for import.

In fact, NIU has already received an initial order for 1,000 electric scooters in the US. The company hasn’t released many details about that first shipment of scooters to the US, but as CEO and Co-founder Yan Li explained to Electrek:

“The scooters are set to be deployed into a sharing program starting from early June and we will be releasing the details of the deployment in the coming weeks.”

In addition, NIU also announced that the company’s electric scooters have also been certified for sales in South Korea.

The larger NGT electric scooter reaches a faster top speed of 70 km/h (43 mph) thanks to its 3 kW motor. With two battery packs, the NGT has a maximum range of up to 170 km (106 mi) on a single charge. 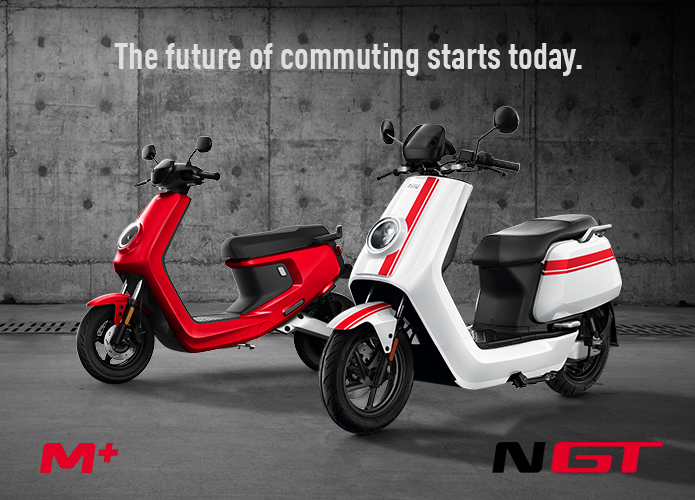 NIU has shown impressive growth over the last few years. The company recently released its 2018 earnings report, which indicated that NIU nearly doubled its sales and revenue in the past year. Across all of its markets, NIU has sold over 640,000 e-scooters worldwide since its inception in 2014.  NIU claims that those scooters have traveled a combined 24 billion kilometers of riding across over 170 cities in China and 27 countries overseas.

In addition to announcing US and South Korean homologation for its electric scooters, NIU also recently showed off its new line of U-series electric scooters and mopeds. China recently instated new electric scooter and bicycle regulations which include a maximum weight limit of 55 kg (121 lb). The U+ and Us models were designed to be ultra-light, allowing them to fit into this more convenient vehicle class.

The U+, shown below, looks like a typical electric scooter with a rear hub motor. But a keen eye will notice the small pedals and bicycle chain that help classify it as an electric bicycle. The U+ is currently designed for the Chinese market but will be updated for global specifications, including larger wheels. The company hasn’t provided a timeline for global sales of the U+ yet. 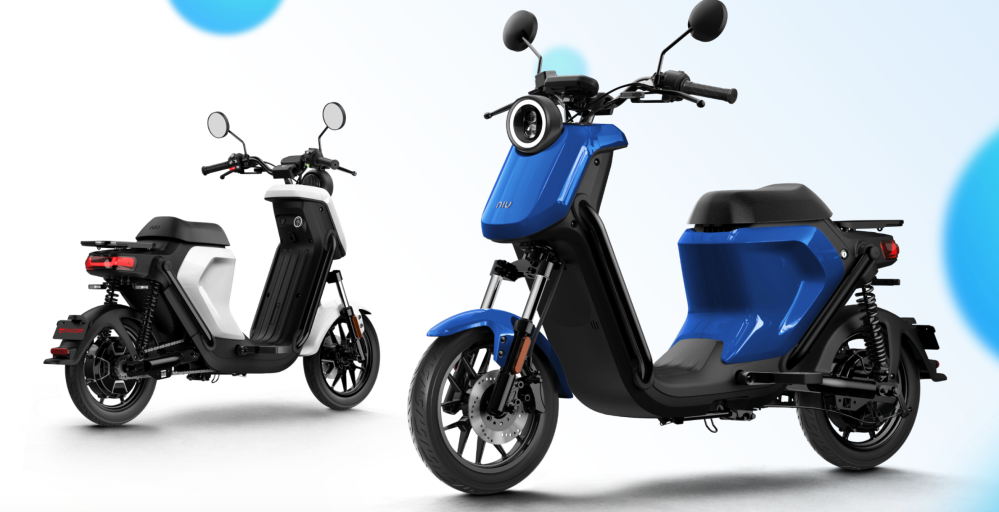 Lastly, NIU also debuted a new line of bicycles, including mountain bikes and road bikes. The NIU AERO line will span a wide range of product levels from entry-level to ultra premium bicycles. The prices will range accordingly from around $375 to $9,250, which should cover nearly the entire market.

The NIU AERO line is designed to tap into the growing trend of “athleisure” in China.

While NIU has shown impressive growth along with a slew of new product releases, the company’s stock has been a wild ride since its IPO on the NASDAQ last year. After rising over 25% in a day earlier this month, the stock price was down nearly 20% yesterday.

With increased worldwide expansion and strong financials, the company certainly seems to be headed in the right direction for now.