Tesla is close to having a 400-mile electric car, says Elon Musk

Tesla CEO Elon Musk says that the automaker is getting close to having a 400-mile electric as the Model S is getting better batteries.

For years now, Tesla has been recognized as the leader for long-range electric vehicles, but the automaker is not sitting on that lead.

It has been investing in better batteries and more efficient powertrains – resulting in longer ranges.

During a conference call following Tesla’s Q4 2019 financial results today, Musk was asked when Tesla planned to switch the Model S and Model X battery cells to the 2170 format used in the Model 3 in order to further improve the range and efficiency of the vehicles.

The CEO said that they instead improved on the chemistry of the existing cells:

“Well, actually, the core chemistry inside the 18650 cell has improved many times over the years. So, it’s really just a form factor as opposed to a core technology. So yes, I think we’re pretty happy with where is the energy content of the cell and the improvements in efficiency of the vehicle.”

Musk added that he expects the Model S to soon have 400 miles of range on a single charge:

Tesla currently lists the longest-range version of the Model S as having 373 miles of range: 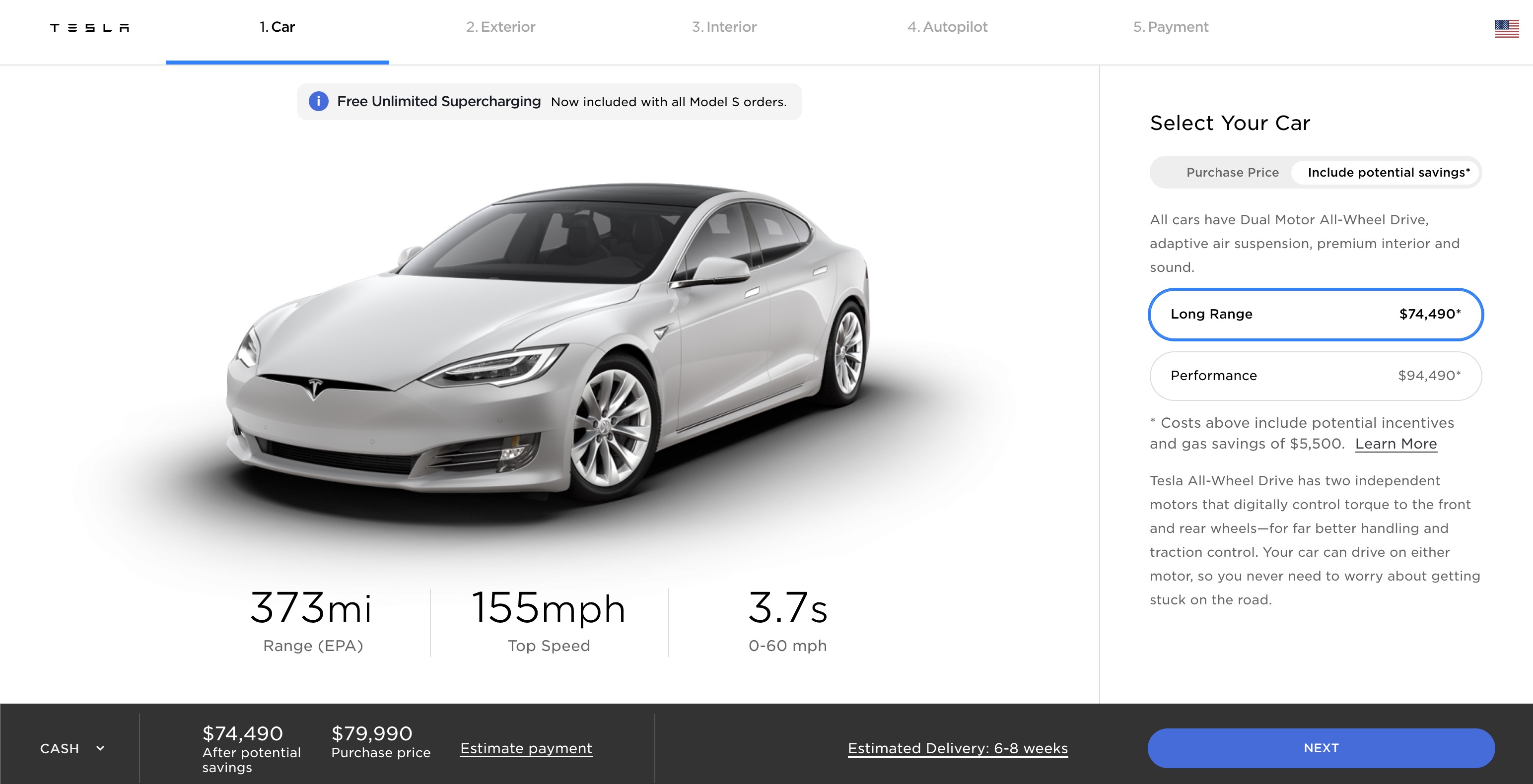 However, Musk said that the real EPA estimated range should be closer to 380 miles right now due to recent improvements:

The CEO clarified that he is talking about the existing cars currently being made and he expects the range to be closer to 380 miles on a single charge.

Tesla is also working on the Plaid Powertrain, which is based on a new tri-motor configuration, for the Model S and Model X, but Musk said that it is coming toward the end of the year.

200 to 300 miles of range combined with fast and convenient charging is really all people need in my opinion.

Of course, longer ranges can help the perception of electric cars with the part of the public who thinks that 400 miles of range is absolutely necessary, but I think we can change that perception over time.

However, if Tesla is increasing the range through efficiency gains and not just adding more batteries, that’s a different subject. You won’t hear a complaint out of me about that.