Climate Crisis Weekly: US Treasury Secretary: ‘This is not the doom and gloom issue’ 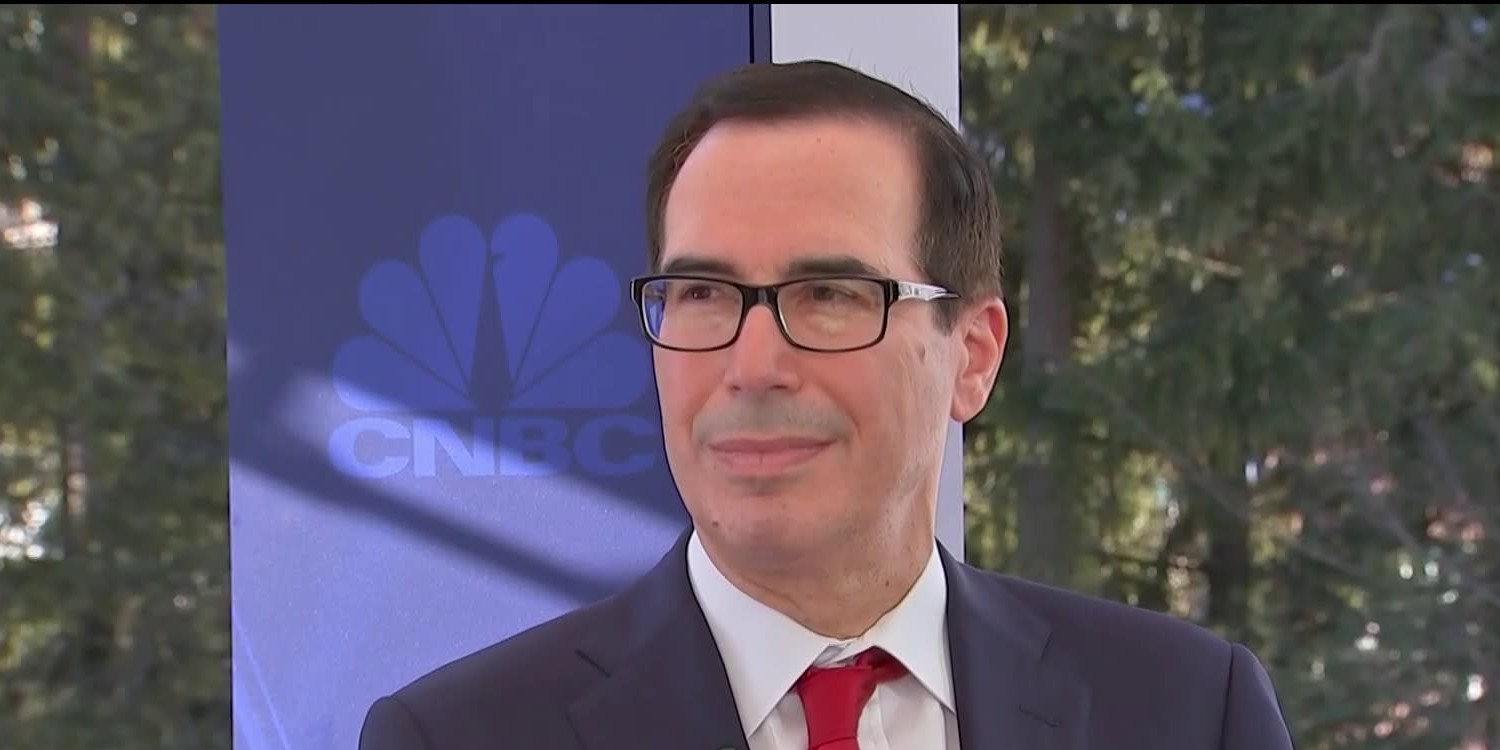 After [Thunberg] goes and studies economics in college she can come back and explain that to us.

(Writer’s note: When you’ve not got a good counter-argument, revert to personal attacks veiled as “jokes.” Pretty sad, Mnuchin.)

My gap year ends in August, but it doesn’t take a college degree in economics to realise that our remaining 1,5° carbon budget and ongoing fossil fuel subsidies and investments don’t add up. 1/3 pic.twitter.com/1virpuOyYG

The US government continues to roll back EPA regulations — the latest being the removal of pollution controls on 60% of US streams and wetlands. This will allow landowners and property developers to dump pollutants such as pesticides and fertilizers directly into waterways.

Mnuchin stated, “If you look at what the US has been doing on its own without government intervention, industry has gotten a lot more efficient on carbon emissions… We think industry can deal with this on its own.”

He then finished the interview by saying, “We’re much more focused on Iran having nuclear weapons.”

You can watch the interview below:

Now, let’s look at a different point of view from Mnuchin’s non-government-intervention philosophy when it comes to the climate crisis. In an opinion piece for NBC News, the editor of Radical Urbanist, Paris Marx, argues why presidential candidate Bernie Sanders’ climate-crisis plan, which he says is radical and expensive, could actually work. Here’s an excerpt:

The two largest emitting sectors in the United States are transportation and electricity production, accounting for 29% and 28% of total emissions, respectively. All of the candidates have plans to move from fossil fuels to renewables, but Sanders supports public ownership of utilities while Warren does not. Taking utilities out of the private market would allow for a more rapid transition because the government would directly decide how electricity is generated instead of trying to influence private companies.

You can read the entire article here.

Young delegates from all over the world attended the World Economic Forum at Davos and camped out in snowy sub-zero temperatures as part of a collaborative protest. They’ve chosen to stay at Arctic Basecamp, which is made up of a team of scientists and has been running for four years.

Happening right now- live link up to Polarstern- frozen in the Arctic Ocean @MOSAiCArctic Q&A with our youth delegates pic.twitter.com/M8tm17bRlE

We are just trying to show them that we are doing the right thing despite the fact that we are not sleeping or staying in the best conditions. And, as [delegates] are enjoying their first class [flights], they should know that there are people who are actually living in worse conditions.

So, we are practically representing those people who are already facing the impact of the climate crisis. It is time to get out of our comfort zones.

US youth delegate Eva Jones explained how they keep warm:

It’s better if we all cozy up together like little sardines. I think we had eight people in our tent last night… and I was so grateful to be right between them because both of them were emanating heat.

It is a form of protest.

Much as thinking about information systems and cyber-risks has become integrated into corporate and public-sector decision making, climate change and its resulting risks will also need to feature as a major factor in decisions.

The intent of this report is to clarify and quantify the level of systemic physical risk that is currently accumulating, so that it can be taken into account by insurers, investors, lenders, governments, regulators, non-financial corporations and individuals as they make strategic decisions.

You can read the report here.

What happens when teratonnes of carbon are emitted to the atmosphere? Dr. Jennifer Margaret Galloway, a paleontologist at Aarhus University in Denmark, explains. Take just 13.5 minutes out of your life to watch and learn about exactly what’s going on on our planet right now. Because… science.

Britain’s Prince Charles returned to Davos on Wednesday after a 30-year hiatus, on the 50th anniversary of the annual WEF summit in Switzerland.

The Prince of Wales spoke for a half hour about climate change and sustainability, and launched a new Sustainable Markets Initiative.

He met with climate activist Greta Thunberg afterward, and said:

Everything I have tried to do, and urge, over the past 50 years has been done with our children and grandchildren in mind.

Starbucks announced this week that it would slash its waste, water use, and carbon emissions by 50% by 2030.

The coffee giant’s plan covers its entire global operations, including water, dairy, and its 31,000 stores. Alternative milks are going to play a big part in the company’s plan.

As we approach our 50th anniversary, we look ahead with a heightened sense of urgency and conviction that we must take care of the planet we share. pic.twitter.com/R7xKijZwVx

Starbucks successfully switched to ethically produced beans for nearly all of its coffee supply and moved to energy-efficient buildings. But to date, it has struggled with waste reduction and recycling.