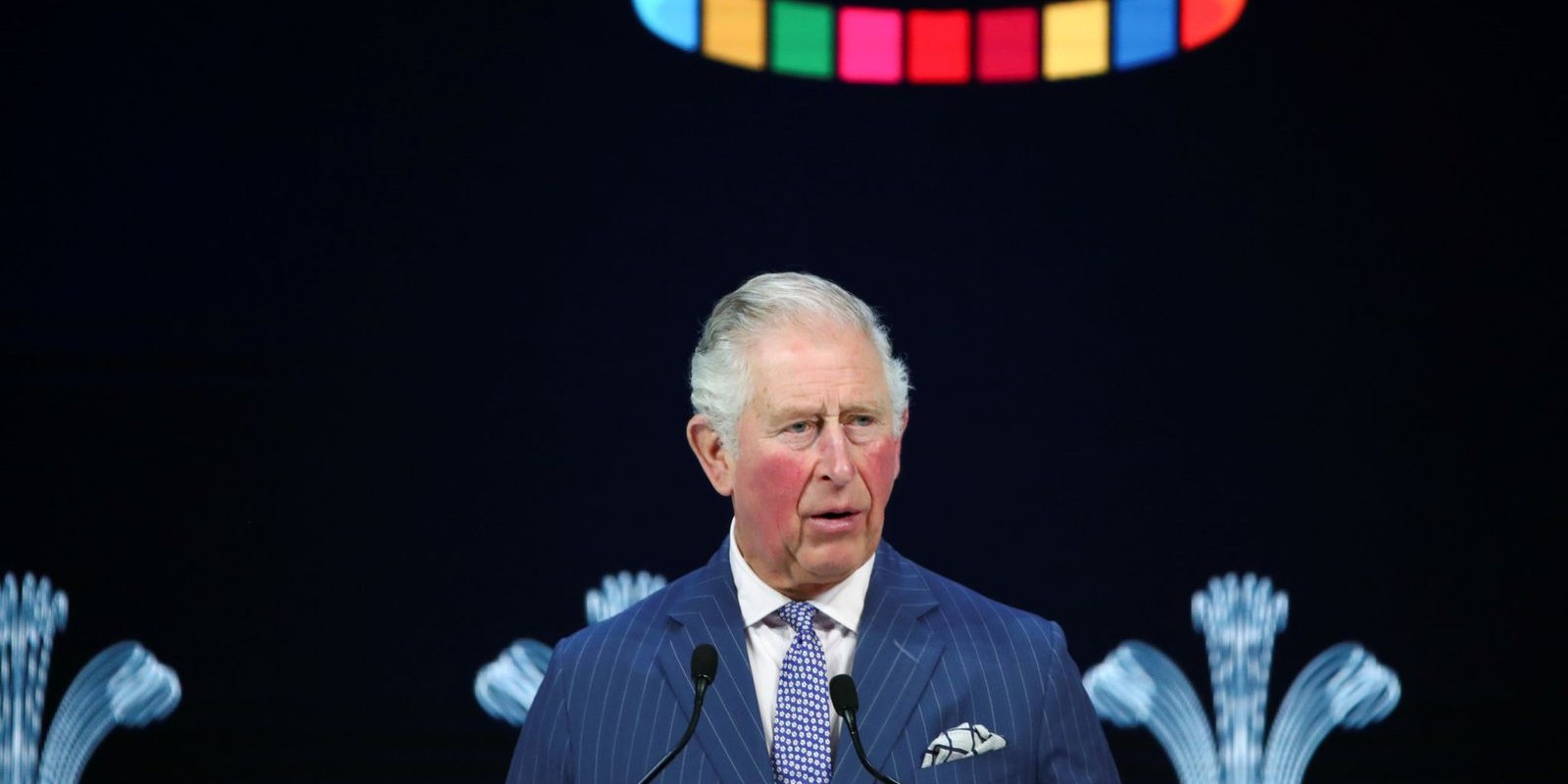 Prince Charles returned to the World Economic Forum at Davos after a 30-year hiatus, on the 50th anniversary of the annual summit in Switzerland.

The Prince of Wales gave a keynote speech today in which he launched a new Sustainable Markets Initiative, and addressed ways to tackle the climate crisis.

Prince Charles spoke for a half hour about climate change and sustainability, and his new initiative as a way to tackle these issues.

Here’s an excerpt of his opening remarks:

We are in the midst of a crisis that is now, I hope, well understood. Global warming, climate change, and the devastating loss of biodiversity are the greatest threats humanity has ever faced, and one largely of our own creation.

Now, I have dedicated much of my life to the restoration of harmony between humanity, nature, and the environment, and to the encouragement of corporate, social, and environmental responsibility. Quite frankly, it has been a bit of an uphill struggle. But now, it is time to take it to the next level.

In order to secure our future and to prosper, we need to evolve our economic model… it’s not a lack of capital that is holding us back but rather the way in which we deploy it. Therefore to move forward, we need nothing short of a paradigm shift… And with this in mind, I am delighted to be launching a Sustainable Markets Initiative, with the generous support of the World Economic Forum.

For me, sustainable markets offer a new systems-level framework which grounds markets in a higher-purpose mission. In other words, putting people and planet at the heart of global value creation.

Sustainable markets generate long-term value through the balance of natural, social, human, and financial capital. Systems-level change within sustainable markets is driven by consumer and investor demand, access to sustainable alternatives, and an enhanced partnership between the public, private, and philanthropic sectors.

Do we want to go down in history as the people who did nothing to bring the world back from the brink, in trying to restore the balance, when we could have done? I don’t want to.

The only limit is our willingness to act, and the time to act is now.

Here is his speech in full:

After his speech, he met with climate activist Greta Thunberg:

As Prince Charles points out in his speech, he has a long history of promoting sustainability. Last year, he told the Evening Standard that big business and the financial sector should help save the planet by investing “trillions of pounds” into a sustainable economy and environmental schemes.

The Prince of Wales arrived in Davos with a 10-point plan to make the global economy more sustainable. That included identifying policies or regulations that need to change, and bringing the right people together to push change through. Credit to him for showing up with a structured plan.

Charles deserves to be taken seriously, not because he’s a high-profile member of the British royal family (which hasn’t been taken seriously lately) — although that helps raise the awareness of what he’s saying — but because he has promoted sustainability for four decades. He knows what he’s talking about.

(And yes, we know he flew to Switzerland  — there’s an aviation initiative at Davos to reduce carbon emissions.)