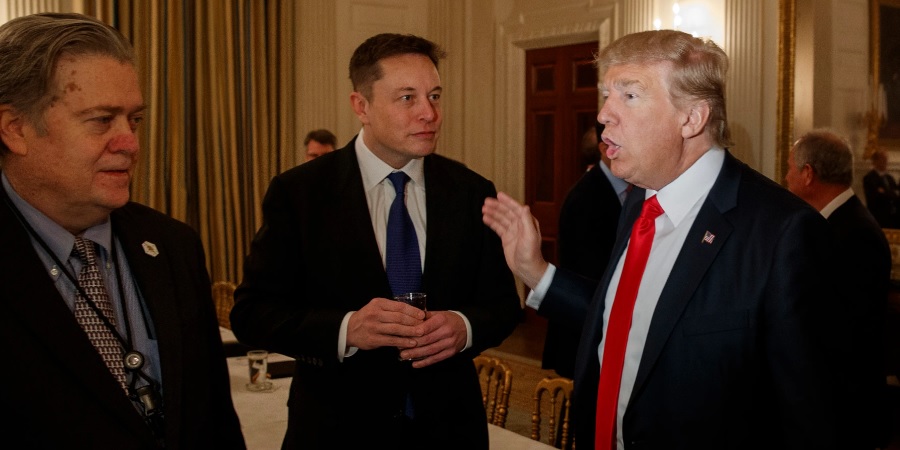 Phase One of the new US-China trade deal was signed last week, and its unconventional approach is likely to lead to a nice jolt for Tesla Model X and S sales from California to China.

The Chinese “made in USA” buying spree

Unlike most trade deals that set tariff rates and non-discrimination clauses, this deal has a much more transactional component: China commits to spend at least $200 billion extra on US goods and services over what it spent in 2017. Of that $200 billion, $162.1 billion is earmarked for US-made goods. That’s a lot. In 2017, China imported just $127.7 billion in US goods.

The Phase One deal prohibits China from blowing the whole $200 billion on soybeans, however. Instead, four categories of spending are stipulated: 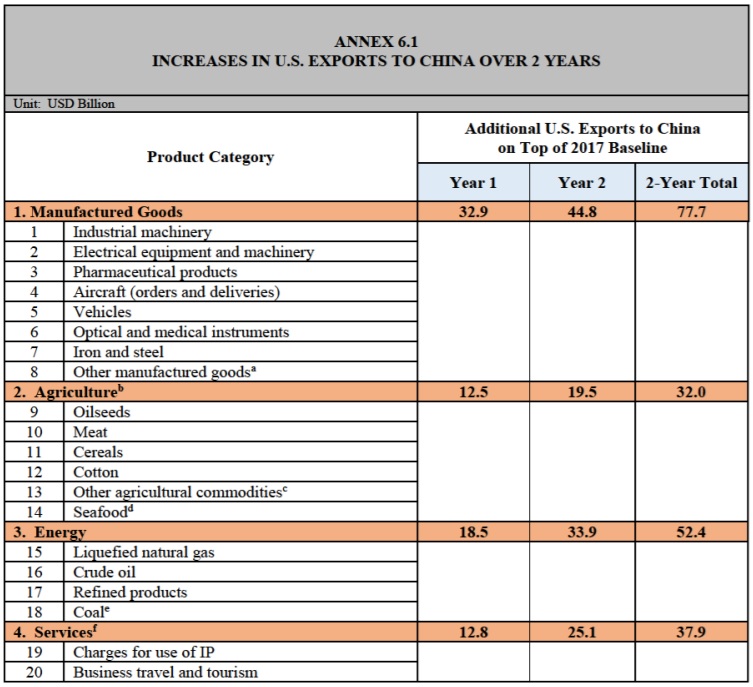 This chart demonstrates how China will go from buying $127.7 billion in US goods in 2017 to $191.6 billion in US goods in 2020 (the 2017 baseline plus the first three categories’ Year 1 sales) and $225.9 billion in 2021. The biggest reserve is for manufactured goods, and based on prior-year trade volumes, this should mean a big boost for Boeing (civilian aircraft) and US-made vehicles.

Each of the four categories further tightly controls what type of good can actually count toward the threshold. This is done by listing permissible tariff codes under the international Harmonized Tariff System. Under “vehicles,” for example, cars are in, buses are out.

2018 exports of US-made vehicles to China

US automakers exported 163,618 vehicles to China in 2018, according to the US Department of Commerce’s International Trade Administration. Autonews, citing data from LMC Automotive, reports that these exports were led first by the US-built BMW X5 (53,000) and Mercedes-Benz GLE (31,100) and GLS (17,800). Ford took the fourth and fifth spot with the Lincoln MKC (16,600) and Ford Explorer (13,200), respectively.

While Tesla had slightly over 1% US market share in 2018, it accounted for roughly 10% of US vehicle exports to China measured in units, and an even higher percentage when measured in dollars.

According to USTR, the total US vehicle exports to China in 2018 were $9.4 billion.

In 2018, Donald Trump announced that the US had asked China to develop a plan to reduce the trade deficit. Tesla CEO Elon Musk responded on Twitter, urging improved treatment for US auto exports to China.

Do you think the US & China should have equal & fair rules for cars? Meaning, same import duties, ownership constraints & other factors.

I am against import duties in general, but the current rules make things very difficult. It’s like competing in an Olympic race wearing lead shoes.

Despite the strong headwinds, Tesla’s exports to China actually increased slightly in 2018, while exports of BMW’s and Mercedes’ US-built vehicles crashed 37%, according to Reuters.

Tesla is best positioned to benefit from this deal

It’s reasonable to predict that pursuant to the Phase One trade deal, China’s imports of US vehicles will increase from the roughly $10 billion exported in the baseline year to $20 billion in 2020 and more in 2021.

Tesla is the only company exporting EVs from the United States to China, and the Chinese government strongly prefers EVs. It stands to reason that as China ensures it meets its Phase One thresholds, Teslas will perform better than the German and Ford ICE SUVs that constitute the past majority of US vehicle exports.

For example, according to Tesla China’s incentives page, every Tesla is exempt from Chinese vehicle purchase and registration taxes. Last June, China announced that it was removing license plate quotes for EVs only. Beijing reportedly had about 3 million people on its license plate waiting list.

Tesla vehicles made in Tesla’s Gigafactory 3 in Shanghai would not count toward the Phase One trade deal purchase thresholds, so this import surge would presumably be directed to the Model X and S made in Fremont. The Ford Mach-E Mustang will be built in Mexico, so it too will not be eligible to count toward the trade thresholds.

Absent the Phase One trade deal, I would have predicted Tesla exports to China collapsing, now that the Made-in-China Model 3 is available.

But now I’m ready to believe we might see a nice jolt for Model X and S exports to China. It’s difficult to see $20 billion of vehicle purchases go to the BMW and Mercedes ICE SUVs that were already in freefall before this deal entered into effect, and before the removal of the license plate quota for EVs.

As to including purchase obligations in the trade deal, it was a must. When China joined the World Trade Organization (WTO) in 2001, it specifically promised to liberalize its market for foreign vehicle manufacturers:

The representative of China added that amendments would be made to ensure that all measures applicable to motor vehicle producers restricting the categories, types or models of vehicle permitted for production, would gradually be lifted. Such measures would be completely removed two years after accession, thus ensuring that motor vehicle producers would be free to choose the categories, types and models they produced.

If you look at meeting minutes from the WTO TRIMs Committee over the following years, representatives of the US, EU, and Japan continued to protest that China was reneging on its liberalization commitments in the auto sector. In June 2004, just a few years after joining the WTO, China released its “New Automobile Policy.” Article 47 of that policy required foreign automakers to conduct research and design in China if they wanted to make cars there, which is what we see now with Tesla’s commitment to open a Chinese design center. China’s Joint Venture regulation required automakers to transfer technologies to their Chinese joint ventures:

The technology to be introduced to the joint venture shall be appropriate and advanced and enable the venture’s products to display conspicuous social economic results domestically or to be competitive on the international market.

Nineteen years after China’s accession to the WTO, foreign automakers are still largely discriminated against. This is why Tesla had to open GF3 in a Foreign Trade Zone (FTZ) if it wanted to retain full ownership. Making cars in an FTZ means that Tesla still has to pay China’s 15% auto tariff for every vehicle that leaves GF3, even to a customer down the street in Shanghai, or anywhere else in China.

And while China may remove discriminatory language from laws following WTO complaints, it finds other ways to impose them. For example, Automotive News reported last summer that if Tesla’s GF3 didn’t generate at least $323 million in tariff revenue for China every year starting in 2023, then Tesla would have to forfeit the factory to the government. Assuming an average selling price of $45,000 per GF3 car, * 15% tariff, that equals $6,750 in tariff on each car leaving GF3. That in turn means Tesla must sell close to 48,000 vehicles at $45,000 per year in order to hang on to GF3.

These are the kinds of discriminatory investment rules that WTO membership was supposed to remove. It didn’t work out. So it’s understandable that in 2020, we have a “results-oriented” as opposed to rules-oriented trade deal to ensure some kind of fairness.