The Chinese government is currently phasing out most of its electric vehicle incentives, but it is still trying to boost sales of EVs by not allowing cities to impose license plate quotas on electric vehicles.

In China, many megacities with traffic and air pollution problems are imposing strict license plate quotas to limit the number of new vehicles on the road.

For many cities, those quotas also apply to electric vehicles, but now the National Development and Reform Commission (NDRC) updated its policy in order to remove those quotas for “new energy vehicles” (EVs) (via Reuters):

“The National Development and Reform Commission (NDRC), China’s state planner, said in a statement it is stopping local governments from imposing new restrictions on car purchases and canceling existing ones that apply to new energy vehicles.”

The quotas were slowing down sales of electric vehicles and automakers were trying to find ways around it.

Tesla announced that it was offering a license plate rental service for Model 3 customers in Beijing: 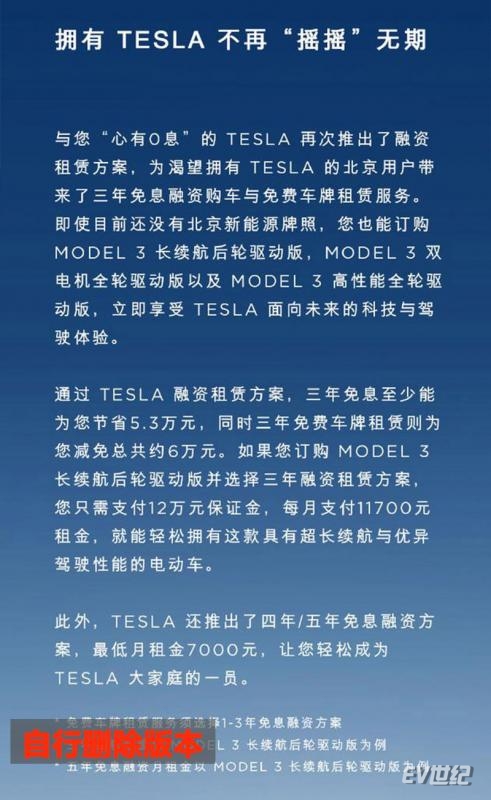 But the legality of the scheme has been put into question and Tesla has since backed off.

Beijing reportedly had about 3 million people on its license plate waiting last year and only 60,000 plates were given for electric vehicles.

China is currently shifting its electrification strategy from an incentive-based system to a zero-emission vehicle mandate, which starts to aggressively ramp up next year.

While EV buyers won’t have access to large discounts on new electric vehicles, automakers are required to make more of them in order to keep selling their gasoline vehicles in China and the higher volumes should result in lower prices for EVs.

The new mandate, combined with the removal of license plate quotas for EVs, should boost sales of zero-emission vehicles in the country.