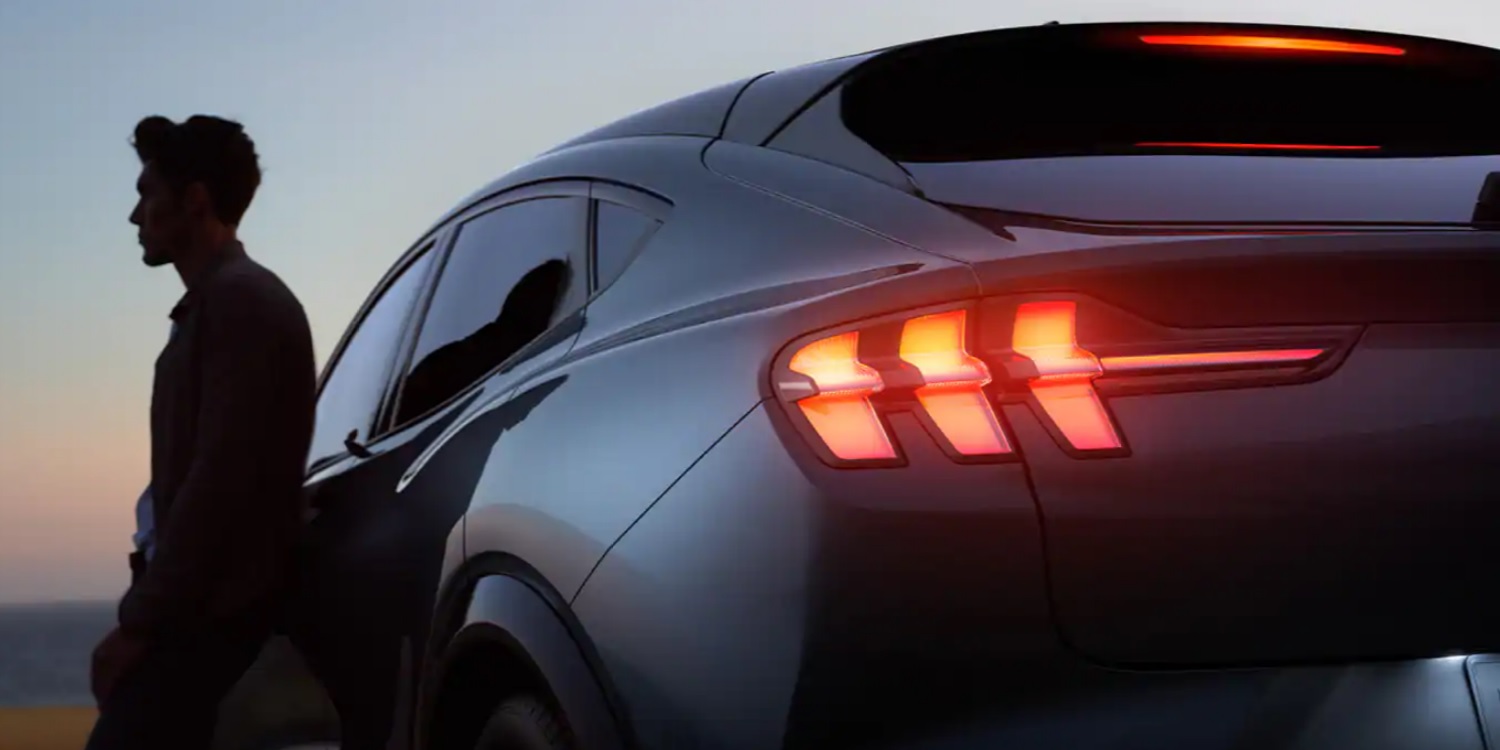 The Ford Mustang Mach-E‘s signature tri-bar sequential LED taillights have been spotted in the wild for the first time.

Sequential taillights became a signature mark of a Ford Mustang on the 1968 Ford Mustang Shelby GT500, according to automotive history experts Hagerty. They first appeared on Ford’s 1964 Thunderbird, but by 1967 they were included on the Mustang-based Mercury Cougar, and then the Shelby the following year.

The sequential taillights will come standard with all Mustang Mach-E trim levels. Mach-E Club forum user machstang gives us our first look of the Mach-E’s taillights in action:

UPDATE: Reddit user sureshot125 found a better view in this video at the 3:30 minute mark:

The Mustang Mach-E starts at $43,895 for the SELECT model with 230 miles of range, but that’s before applying the full $7,500 federal tax credit in the US. The Premium edition starts at $50,600 MSRP and comes with 300 miles of range. We reported late last year that reservations for the 2021 Mach-E 1st Edition were full. The car has been well received. Electrek was the first to reveal the Mach-E’s home charging equipment and came away very impressed.

When the Mustang Mach-E specs were first revealed, user Magic 8 ball wrote on the official Tesla forum: “If they put on sequential turn signals, game over Tesla.” On Reddit, users are particularly delighted by the use of amber for the turn signals. This contrasts with other recent Mustangs, like this 2015 GT:

The street video is not a very flattering look with the low-res and bad lighting, but I still like it. It’s much better than having the whole signal flash like on the 2015 Mustang above. It reinforces my overall personal preference for the exterior of the Mustang Mach-E to that of the Tesla Model Y. If Ford can straighten out Electrify America, by whatever means necessary, and ensure Mach-E drivers don’t face price gouging and unreliable equipment, then I think they’re giving the Model Y a run for its money. I’ll be getting my own first hands-on time next week at the Washington Auto Show and am eager to explore further.