As electric bicycle manufacturers continue to compete in the rapidly expanding electric bicycle market, companies are offering higher-end electric bikes with increasingly affordable prices. San Diego-based Ride1Up’s new flagship e-bike, the 700 Series, is a prime example of the next generation of high-value electric bicycles. And unlike a lot of the vaporware we see, this bike is already making deliveries.

The Ride1Up 700 Series was announced in November, creating quite a stir in the e-bike community.

Not only did the Ride1Up 700 Series come with a top speed of 27 mph (43.5 km/h), but it packed in a 700 Wh Samsung battery integrated into the frame. That large battery can provide between 30 to 60 miles (51-102 km) of range, depending on whether you use pedal assist or the hand throttle. 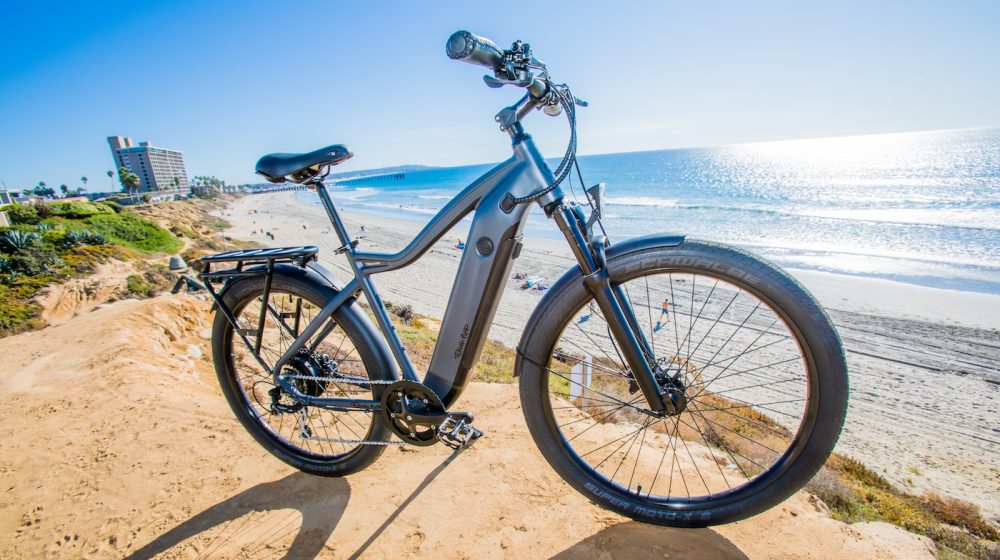 To summarize, we’re talking about a 1,000 W e-bike with hydraulic brakes, long-range integrated battery, Class 3 speeds, and high-end components included standard, all for a lower price than some of the leading budget and mid-range e-bikes in the industry.

We caught up with Ride1Up owner Kevin Dugger to learn about deliveries. Despite already getting out the first 200 bikes, Kevin explained how one of the biggest struggles so far has been increasing production capacity of the Ride1Up 700 Series to meet the demand.

We have received a lot of interest in the 700 Series model and its clean look. The feedback we’re getting indicates that people seem to really like the upgrades it offers. We haven’t even really advertised it because we haven’t yet had the production volume to keep up with demand, so we didn’t want to end up outselling our inventory too dramatically.

Kevin also described how he was even surprised that the 700 Series has done so well compared to the company’s 500 Series e-bike, which offers a smaller battery and fewer features, but also hits Class 3 speeds and is priced at just $1,099.

We’ve had the chance to review another of one Ride1Up’s e-bikes in the past, and will be getting on a 700-Series soon to do a full review. So make sure you keep checking back here on Electrek for the latest in e-bike news and reviews.

Until then, let’s hear what you think about the Ride1Up 700 Series e-bike. Do you think we’ll see the market head further toward value-oriented e-bikes this year? Let us know your thoughts in the comments below.