Elon Musk: Tesla will design an electric car in China for global market 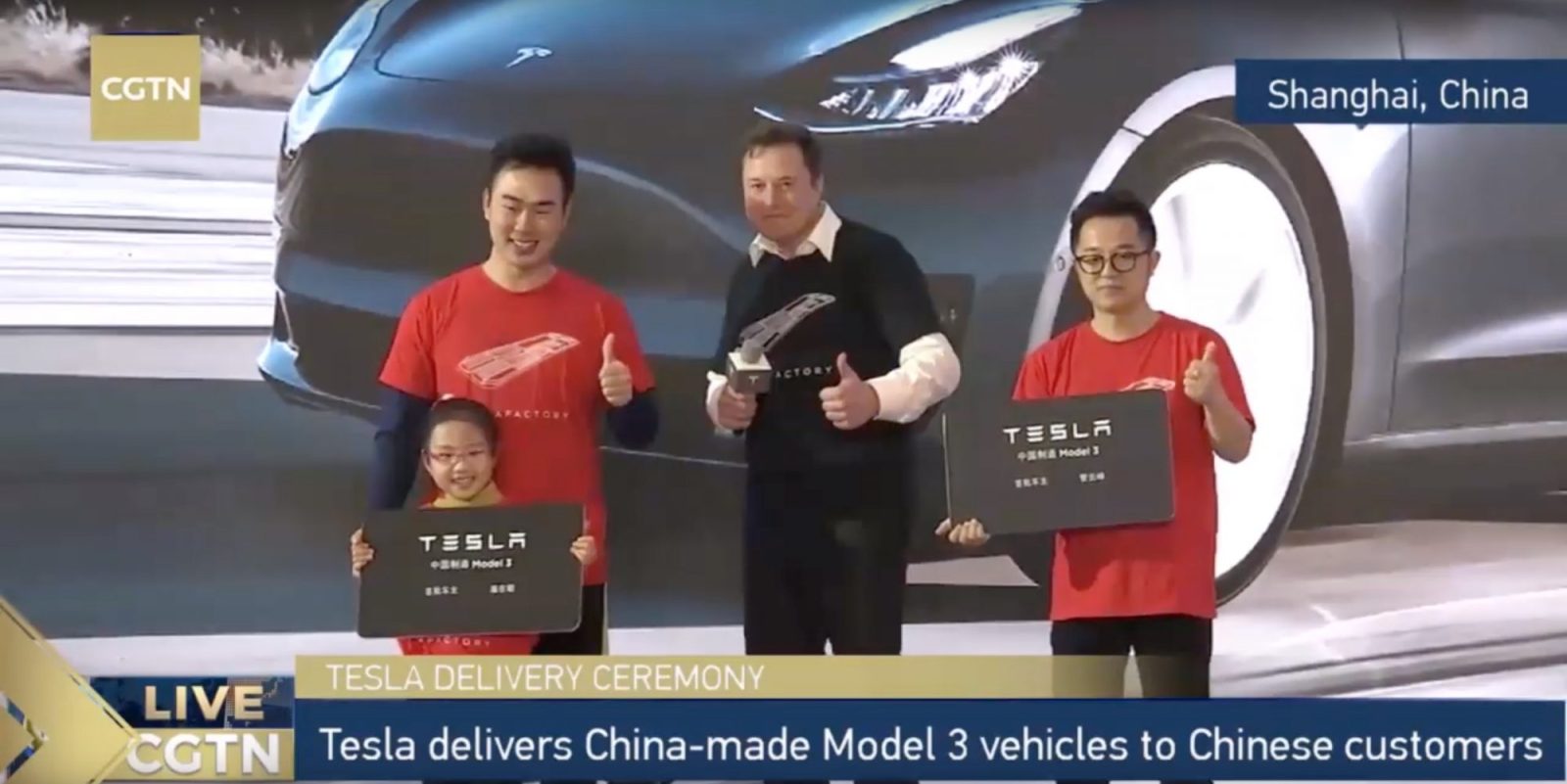 Exactly a year after breaking ground on Gigafactory 3 in China, Tesla has just held its first public delivery event for Model 3s made in China.

Tesla CEO Elon Musk was in the country for the event, and gave some short comments.  Among those comments, he stated that Tesla is thinking about hiring a team of designers to build an original model in China, which Tesla would then sell worldwide.

“We intend to continue making a significant investment, and increasing the investment in China, making the Model 3 and the Model Y and future models in China.”

But then, he went on to make a relatively big announcement – that Tesla would come up with an original vehicle with a Chinese design and engineering center:

Musk gave no other details on the car, except that Tesla wanted to do “something kinda radical, like Cybertruck, nobody was expecting that.”

The delivery event also included a ceremony and scripted comments by Musk about the launch of the Chinese Model Y program.  Musk thanked the Shanghai government for their cooperation.  These comments were covered by Bloomberg.

Then, later, in a more casual setting, Musk took the stage to personally deliver the keys to the first ten Chinese Model 3 customers.

After playing a short video showing the development of Gigafactory 3, Musk gave a short speech of appreciation to early Tesla employees and customers.  Musk reminded early customers how important their support was in helping to build the company, and that Tesla’s cars will only get better as time goes on thanks to the support of early adopters.

Musk went on to say how important it is to Tesla to do something  “that really moves your heart, gets you right there.”  This is when he stated the plan to design a car in China.

I wasn’t expecting this delivery event to be big news, but any time you put a mic in Musk’s hand, he’s bound to say something interesting.

Musk is right that China has a great historical artistic tradition, though today they don’t necessarily have the best reputation for original engineering.  This is true even within the country, with many Chinese customers preferring to buy cars engineered and built outside the Chinese market.

But China is also making big moves on electric vehicles, and it could be argued that there’s more electric car (and e-bike) innovation going on there than in much of the rest of the world.

Also, it’s a lot cheaper to build cars in China, due to both lower labor costs and shipping benefits for the region.  That’s why Tesla built Gigafactory 3 in the first place.  It’s also possible there could be some tariff benefits, depending on how those develop.

A Chinese-engineered car could be a good move for Tesla, as there are a lot of people in Southeast Asia and the region is developing rapidly, with lots of new car owners expected in the near future.

It might be a little harder to sell the car in the US or EU, though.  But, Tesla’s brand could be just what a Chinese-designed car needs to break into those markets.  We’ll have to see how it turns out.

Or maybe the dancing just got to his head: