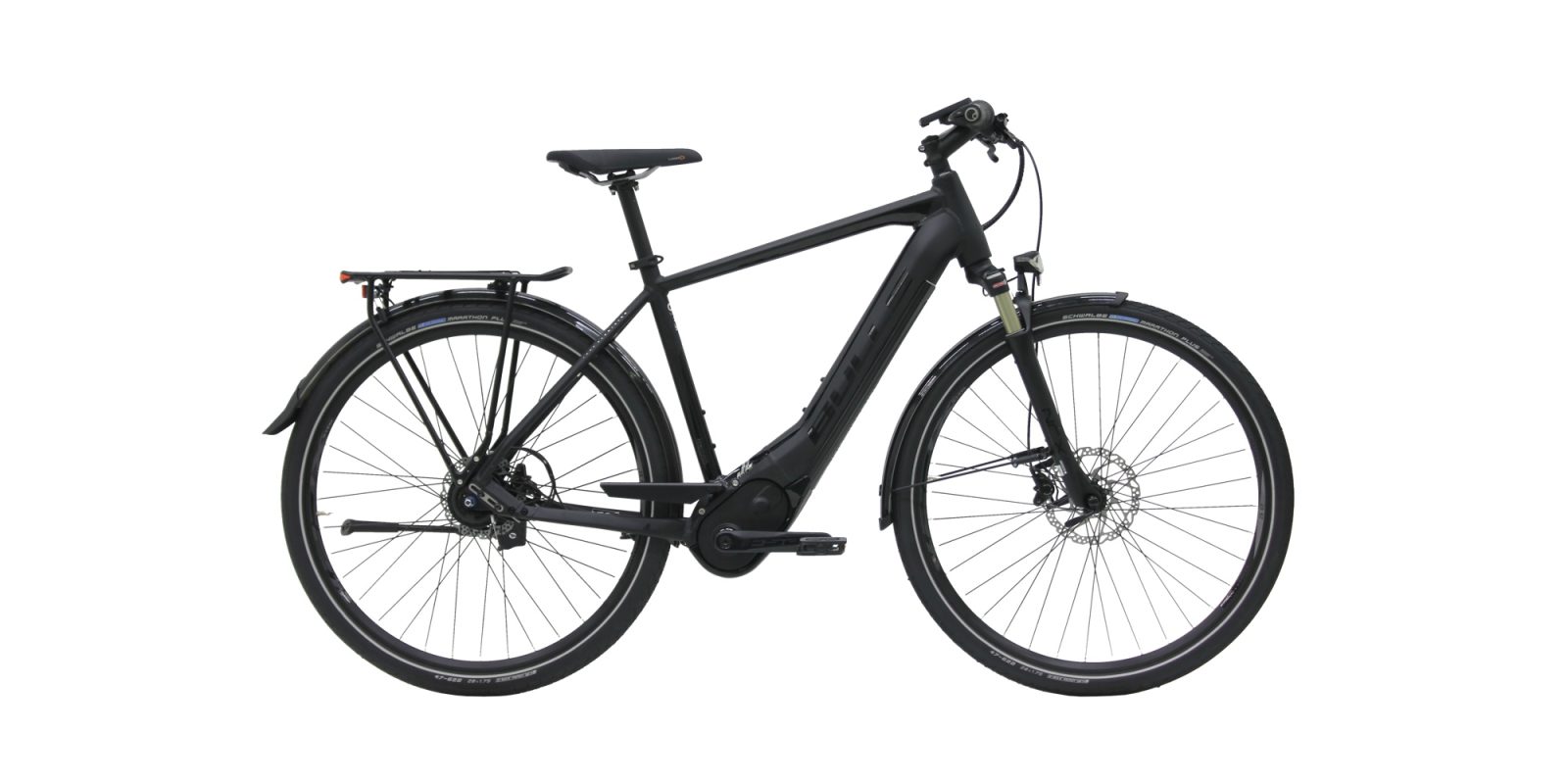 I think it’s safe to say that most of us won’t need to go 150 miles (241 km) on a single charge of our electric bicycles. But if you’re the rare one who does, then e-bike company BULLS has just the bike for you: The BULLS Lacuba Evo Lite.

And BULLS appears to have outfitted it with the right drive system for that kind of long-haul riding.

The bike features a Brose drivetrain including a 750 Wh battery hidden in the downtube. Very few electric bikes can tout a battery with that kind of capacity.

BULLS rates the bike with an “umatched 150-mile optimal range,” which translates to 241 km for the rest of the world. The “unmatched” part is (nearly) spot on, though we’ll talk about how realistic that kind of range is in a moment. 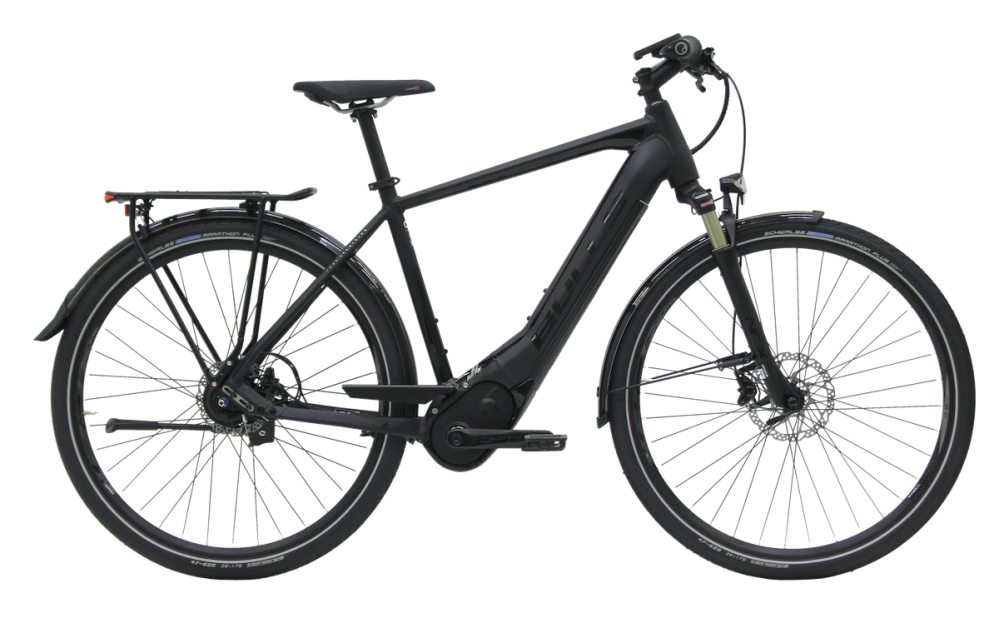 For power, BULLS went with the Brose Drive S, a mid-drive electric bike motor normally found on electric mountain bikes, thanks to its more rugged design.

The bike is limited to Class 1 speeds, meaning the motor won’t assist past 20 mph (32 km/h), and there’s also no throttle. That means you’ll be pedaling full time. But with up to 410% power amplification in the Brose Drive S, the motor can do most of the work for you if you select the highest power assist level.

The BULLS Lacuba Evo Lite is designed as a premium electric bike and thus features high-end components including a Gates Carbon Belt Drive and a Shimano Nexus 5 internally geared hub. When you’re 2,000 miles into a cross-country trip, the last thing you want to deal with is a busted chain. Plus, between the belt drive inside the Brose motor and the Gates belt drive powering the rear wheel, this has got to be one of the quietest bikes out there. 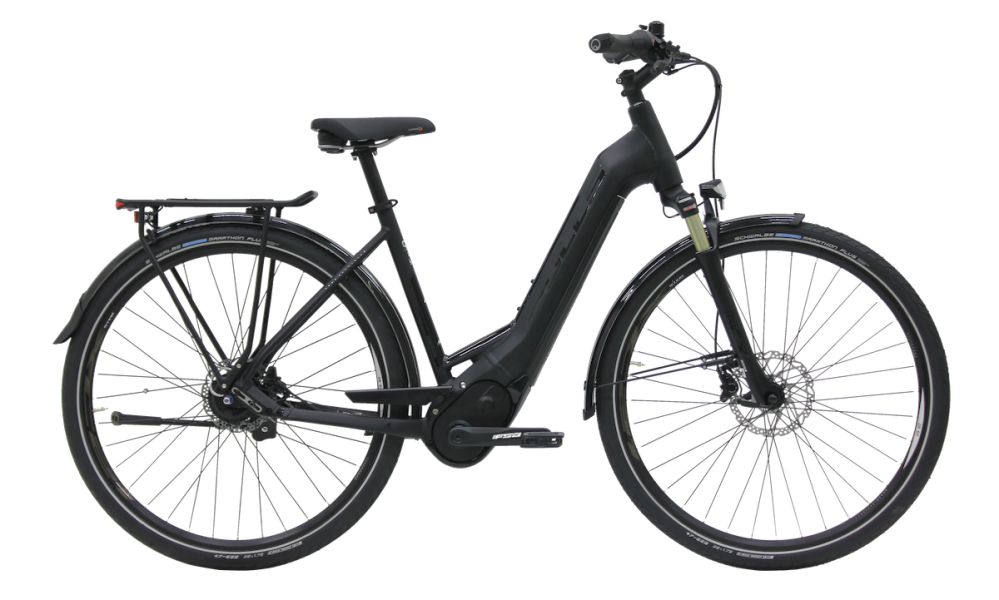 A 63 mm travel suspension fork provides some cushioning up front, and Shimano BR-MT400 hydraulic disc brakes handle the stopping. Lights, fenders, and a rear rack also come standard, as they should on any eTrekking bike worth its weight (which is 49 lb or 22 kg, by the way).

The bike is available in multiple sizes and comes in three frame styles, including wave, diamond, and step-through.

According to Adam Anderson, BULLS Bikes USA marketing and sales:

The Lacuba lineage has been a long-standing favorite of the BULLS rider family. With each new version we have taken rider feedback to create an unrivaled riding experience. We are very excited to introduce the LACUBA EVO LITE and its incredible array of features and technologies that take the Lacuba legacy to new heights.

You ready for the price? The BULLS Lacuba Evo Lite will set you back $4,799. That’s a lot of trekking. 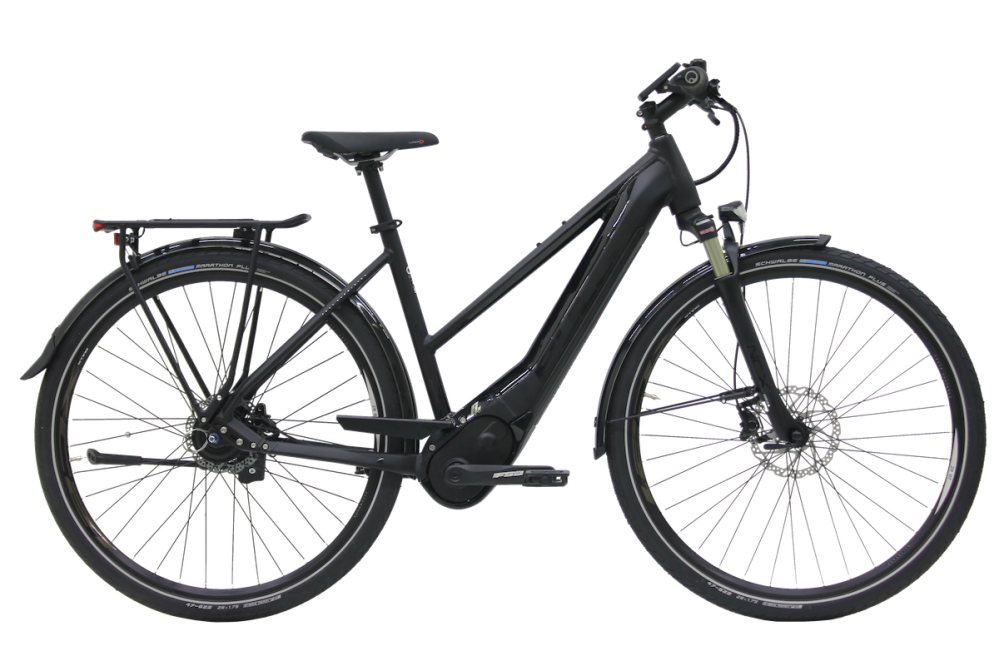 It’s a nice bike, there’s no doubt about that.

It’s also an expensive bike. Any time you stick a Brose motor and a Gates Carbon Belt Drive system on the same bike, the price is going to sting a bit. Those aren’t cheap parts. Neither is that gigantic battery. But if cross country, trekking or long tour riding is your thing, then you’re probably used to this pay-to-play hobby by now.

Instead of crying about the price, let’s talk about that 150-mile range claim.

Is it possible? Theoretically, yes.

But only in the very lowest power setting and with liberal use of your own power source (i.e., your lunch).

That kind of range equates to 5 Wh/mi efficiency. For reference, I get about 20 Wh/mi on my throttle bikes at 20 mph and with no pedaling. When I use pedal assist I can get down as low as 10 Wh/mi, meaning my legs are doing about half the total work to maintain the same speed. To cut that in half again would mean you’re doing the lion’s share of the work and also not traveling at the bike’s top speed.

So can you take this bike, put it on an oval track in the lowest power setting, and achieve 150 miles of range on a single charge? Probably, yes. But only if you’re in great shape. And if you’re like me, you’ll be a sweaty mess by the end of it.

But even if that range estimate is a bit lofty for us mere mortals, 750 Wh is still a huge battery on an otherwise efficient setup. With my realistic 10 Wh/mi efficiency, I’d still be looking at an easy 75 miles of range, and many of you will be able to do better than me. So even if you can’t hit 150 miles of real-world range, this is a bike that can still take you farther down the path than nearly any other e-bike out there.