Fisker is publicly showing their upcoming Ocean for the first time at CES, but held a private unveiling event today in LA.

At the event, they went over various details of the car and announced its starting price. The car will start at $37,499, which after the federal tax credit means it will be under $30,000 in the US, and even lower in some areas with state or local incentives.

Previously Fisker announced they will offer the car with a “flexible lease” for $379/month, which includes all maintenance.  Cars ordered today are expected to ship in 2022.

The presentation was led by CEO Henrik Fisker, who previously worked for Tesla, then split off to design and launch the Fisker Karma. That company went bankrupt, and the Karma design is now owned by another company, Karma Automotive. The new Fisker is starting over from the beginning, and the Ocean is the first car they plan to ship.

Most of the details announced in the presentation were things we already knew, though we did get a nice tour of the car’s exterior and interior.

Among some new features were a quick hint at the car’s autonomous features. The Ocean has two front radars that will be used in autonomous driving, though Fisker said they would share more details on that system later.

Fisker also hinted at performance figures, saying that the car will be available in multiple powertrain variations with one “extremely high output” version that will be capable of going 0-60 in 2.9 seconds. There will be two- and all-wheel-drive configurations available.

Prices for these other configurations have not yet been announced, but will obviously be higher than the base price. The Ocean will likely have good handling as well, with a wide track and a low center of gravity due to low placement of the battery.

That battery will be partially charged by a large solar roof, a design feature that the original Fisker Karma also had. The Karma could add about 200 miles of range from its solar roof… per year. The Ocean improves on this number, and is able to add 1,000 miles of range per year. This still works out to only about three miles per day, and will probably be more useful to prevent vampire drain than it is to actually add mileage.

For comparison, the upcoming crowdsourced Sono Sion promises ~18 miles (30km) a day worth of charge from its solar roof. And the upcoming Lightyear One promises ~7 miles (12km) per hour. Of course, none of these cars are out yet, so we’ll see how they fare when — or if — they hit the market. 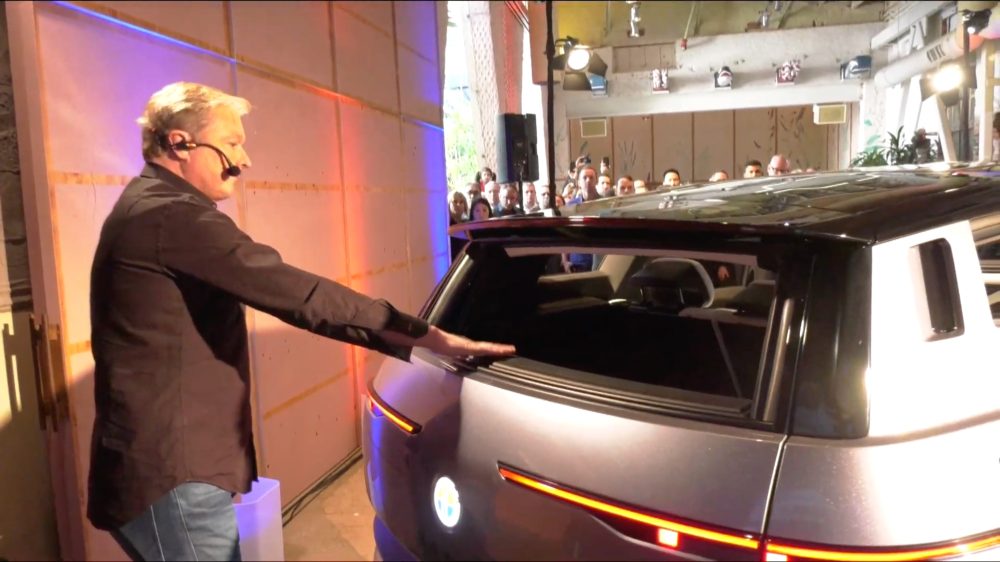 Speaking of the rear window, there’s a rare feature there — it rolls down. This will allow for the loading of longer items, things that wouldn’t usually fit inside a car. For example, perhaps when driving your Ocean to the ocean, you might want to bring your surfboard.

Some gas vehicles have had this in the past, but designers quickly found out that because of aerodynamic eddies at the back of the vehicle, exhaust fumes could come in through the rear window which was unhealthy for occupants. Luckily this isn’t a problem for an electric vehicle, so the rear window is liberated to be openable again, allowing more cargo flexibility. The car also has a pretty big trunk, which Fisker demonstrated by climbing out of it to start the presentation: 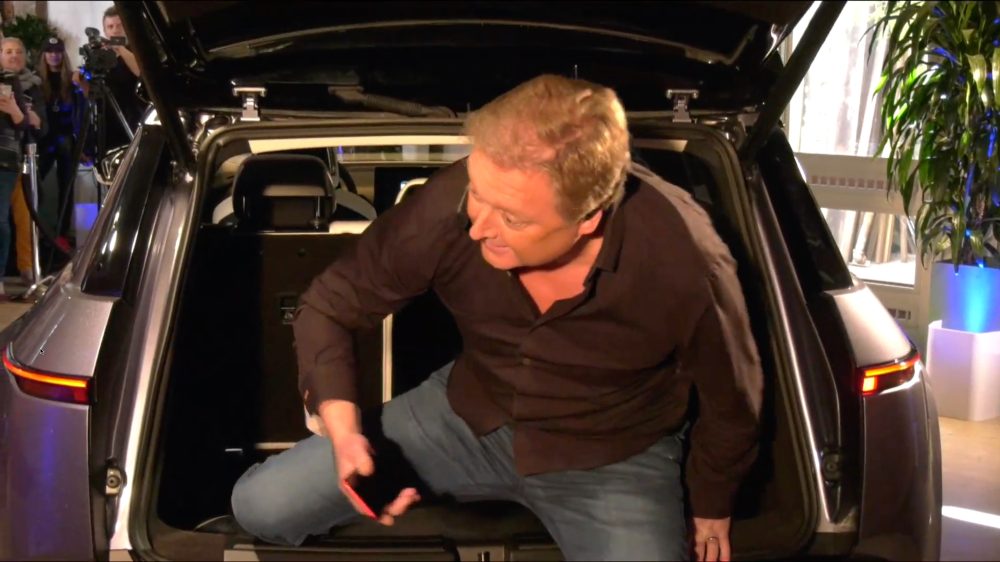 The car’s infotainment system uses a large center touchscreen, which is becoming more common in cars these days. Fisker has added a bottom bar of commonly used commands for easy access. This bottom bar incorporates haptic touch feedback, so you can more easily adjust frequent settings without taking your eyes off the road. These settings include fan speed, temperature, home button, an up-down selection control, and volume. 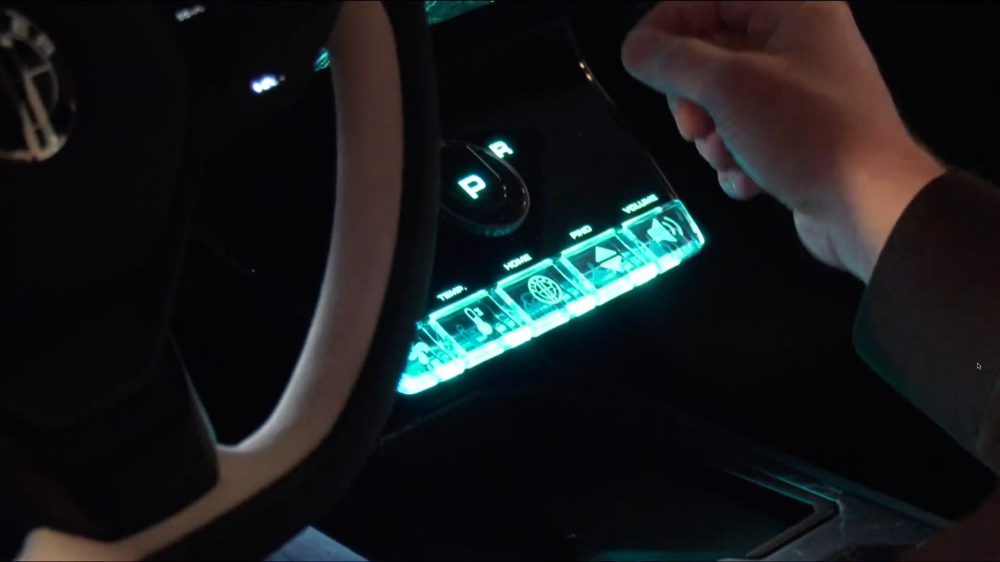 Fisker says that the ownership experience of the Ocean will be more flexible than others due to integration with their phone app. Fisker plans to offer cars through their app, with an easy ownership experience including the ability to choose your own lease term, rather than having to go with a standard two- or three-year lease. The lease will offer 30,000 miles per year, which should be more than enough for the vast majority of drivers.

Fisker plans to have “as little brick-and-mortar” presence as possible in order to eliminate middlemen and keep costs down. This will allow Fisker to offer the Ocean at a $37,499 starting price, which is lower than the $40,000 we expected. They plan to offer home delivery of vehicles as well. Tesla used a similar model in its early days, which was helpful before they established their geographic presence with sales and delivery centers.

We had previously thought the car might be available lease-only which raised some doubts, so Fisker’s choice to announce an actual base starting price today was reassuring.

Right now, prospective buyers can download the app and put down a $250 deposit to get in line for the Ocean. This deposit is refundable, less a $25 processing fee. The first cars will be delivered at the end of 2021, but those are already spoken for. Cars ordered today will be delivered in 2022.

Here’s a recap of the car’s previously known features:

Watch the full unveiling here and let us know what you think of the car in the comments below: