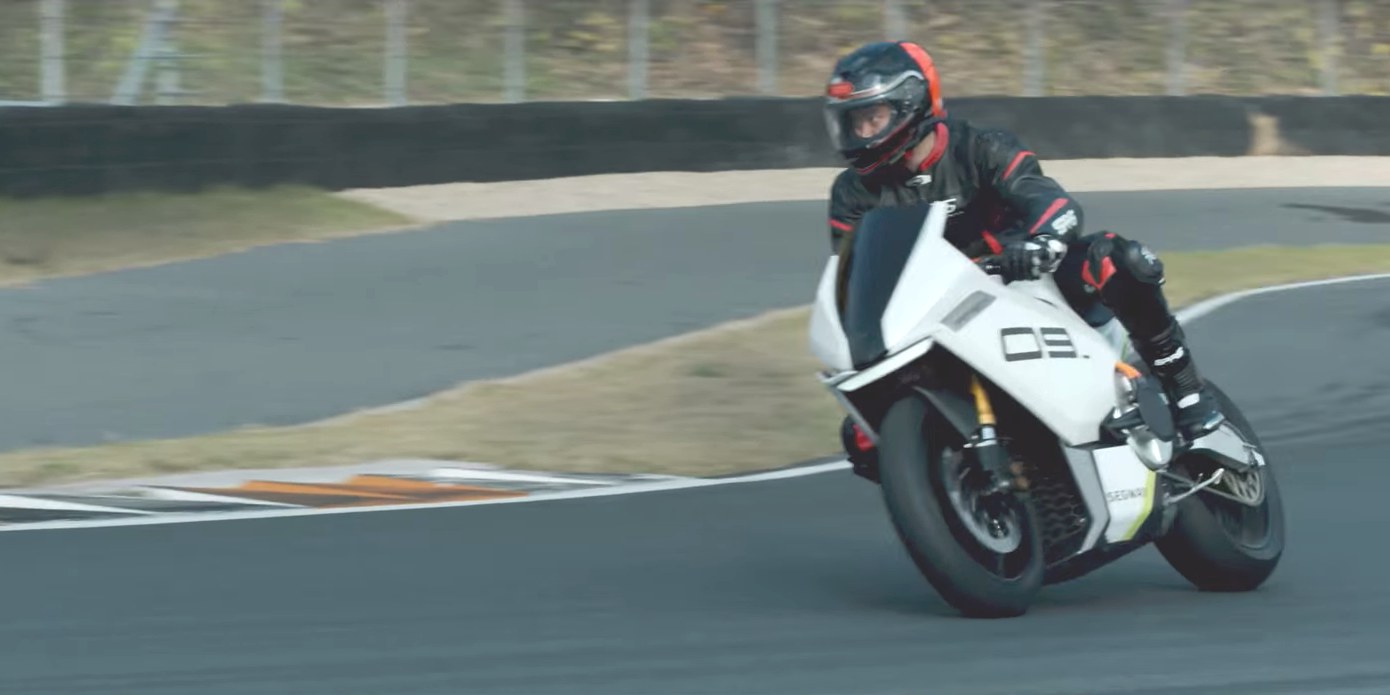 Segway recently announced a pair of new seated electric scooters to be unveiled at CES 2020 next week. And as an extra treat, they offered a “One more thing” teaser of an electric motorcycle concept known as the Segway Apex.

While the Segway Apex electric motorcycle concept might sound like a strange offering from Segway, which is better known for its affordable standing electric scooters, the move fits the company’s declared goal of expanding into electric powersports.

Segway first got its tires in the door with the Segway electric dirt bike unveiled in November of last year.

While some have pointed out the similarity to the Sur Ron electric trail bike, both Segway and Sur Ron have clarified how the pair have worked together to develop the Segway Dirt eBike. The electric off-road bikes went on sale recently and have racked up hundreds of pre-orders.

Next, Segway unveiled its seated electric scooters (of the Vespa variety, not the Razor variety).

And now we have reached what is presumably the top of the electric two-wheeled food chain: The Segway Apex electric motorcycle concept.

While we only saw fancy renders of the bike at first, Segway quickly pumped out a short promo video for its new electric motorcycle.

You can see it taking some hot laps around the track below.

In the video we can see the Segway Apex electric motorcycle showing off a large diameter motor mounted mid-frame. We also get our first look at the cockpit, which looks a bit prototype-y. That’s fair though, considering this is still a concept vehicle.

The video doesn’t give away too many other clues. We see a lack of a left clutch lever and no shifter, so this is likely a direct drive single speed transmission electric motorcycle. The rear brake retains its classic foot lever, as is standard with gas motorcycles, but seems to be slowly phasing out in a number of new electric motorcycles.

The bike appears to use belt drive, and there’s no characteristic chain noise — only motor noise. It’s hard to say if that’s the actual motor noise or if it had a little editing room help, but it sounds fairly standard for most high performance electric motorcycles.

Experienced riders might also note that the test rider in the video isn’t pushing the bike too hard, or at least the video-editing team didn’t do him any favors. An overhead sequence catches the rider missing the apex on multiple curves in a row, which is all the more ironic for a bike named Apex. But I’m not a professional rider, either, so who am I to poke fun at anyone else?

Test rider aside, the bike seems to perform well in its first video debut, and we at least get a chance to see that the Segway Apex electric motorcycle is more than just a few pretty renders.

Will the bike make it to market? And if so, when? At this point, your guess is as good as ours. We’re hoping to get more updates after the CES 2020 show next week. Until then, speculate with us in the comments section below!