What if dealers got big bonuses for selling EVs? Europe is trying it

Imagine walking into a traditional car dealership and having the salesperson take you straight to the EVs. When you ask about the gas cars with lower price tags, the dealer explains that electric cars have a lower total cost, among many other benefits. Why is the dealership pushing electrics? Because it would get a big bonus for selling a vehicle with lower CO2 output. This is precisely what will happen at PSA, Nissan, and other dealerships in Europe starting in 2020.

Two weeks from now, new EU rules go into effect, requiring carmakers to lower their vehicle average CO2 output to 95 grams per kilometer. The approaching standard, established in 2008 but going into effect in 2020, is sending shockwaves through the European auto industry. Every gram over the target brings a penalty of more than $100. The total industry bill could be a whopping $28 billion.

The new law is also making carmakers flip the script on not wanting to sell EVs. Carlos Tavares, chief executive of PSA, explained the old way of doing things to the Financial Times:

Each time I’m selling an EV, I’m making much less money than selling anything else. I would therefore like to limit the number of EVs to a certain level.

But in the new 2020 reality, PSA will change its dealer-bonus scheme from the number of cars sold to the carbon emissions of those vehicles. The Financial Times (FT) reports:

The result of these changes is that the [PSA] group, once regarded as a laggard, is now expected to clear the emissions hurdle without much fuss.

Here’s more evidence of the way things used to work. The FT reports that Nissan dealers for many years were incentivized not to sell the Leaf, which was not part of bonus targets. In 2020, the Leaf and other EVs will become part of the bonus plan. 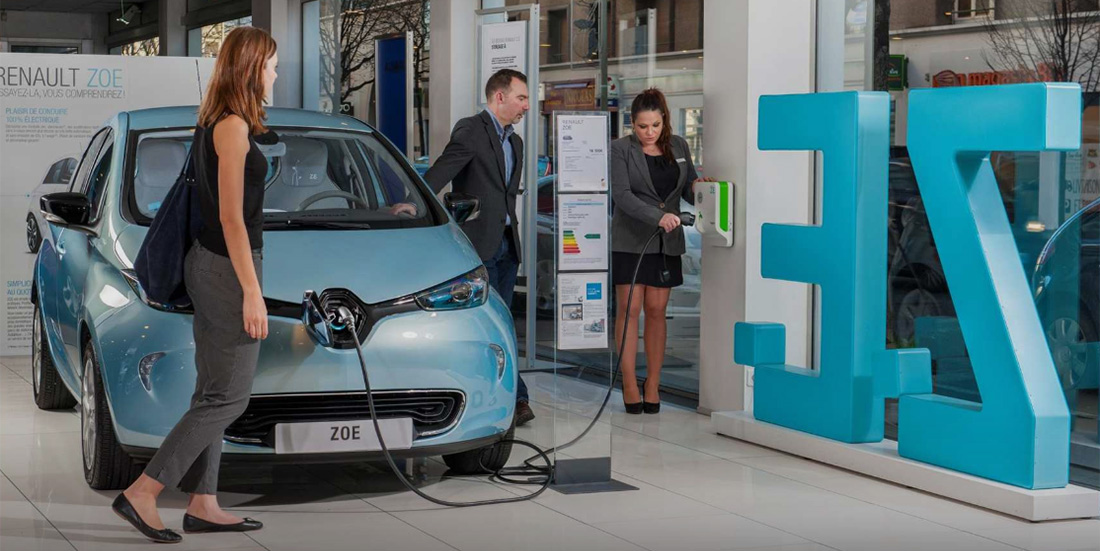 In the new EU emissions regimen, a so-called supercredit means that electric vehicles count twice toward the fleet’s average emissions during 2020. EV values drop to 1.67 in 2021, then 1.33 in 2022, and back to one in 2023. Many carmakers are expected to use as many credits as they can during 2020 when they count the most.

Even with the new dealer bonus scheme, the transition to EVs will take time. PSA expects diesel sales in 2020 to fall to 10% of its mix, from around one-third, currently. EVs and plug-in hybrids will be at most 7% next year.

To make up for the gap, carmakers are also allowed to form “pools,” where weaker and stronger EV players team up to submit a single CO2 score. Fiat-Chrysler pooled with Tesla. Daimler and Mazda pooled with Toyota, which will meet higher quotas via its gas-electric hybrid cars.

Historically, the weakest link in the EV sales cycle has been dealerships. Sales staff members at traditional dealerships are often ill-informed and not incentivized to sell battery-electric vehicles.

We’ve heard many stories over the years about customers walking into a dealership to buy an EV, but getting shepherded to combustion vehicles.

Those days could be coming to a close in the EU, where new emissions rules are about to land. Let’s see what happens when dealerships are actually keen to sell EVs to get big bonuses.

It makes one wonder which traditional dealerships in the US will follow suit. Hey, Chevy, Nissan, Ford, Hyundai-Kia, Audi, and VW — what do you say?