Tesla Cybertruck will launch a disruption in the camper/trailer industry

Tesla has hinted at making its own trailer for the Cybertruck, and it’s likely to launch a disruption in the camper and trailer industry as some aftermarket products are already in the works.

When unveiling the Cybertruck, Tesla announced some impressive specs, including a range of up to 500 miles and a towing capacity of up 14,000 pounds:

With the ability to pull near infinite mass and a towing capability of over 14,000 pounds, Cybertruck can perform in almost any extreme situation with ease.

That kind of capacity will enable the Tesla Cybertruck to tow a variety of different trailers and campers with zero-emissions at the tailpipe.

CEO Elon Musk said that Tesla is planning a “sick attachment for the Cybertruck,” and the automaker released this render of the electric pickup truck with its own trailer: 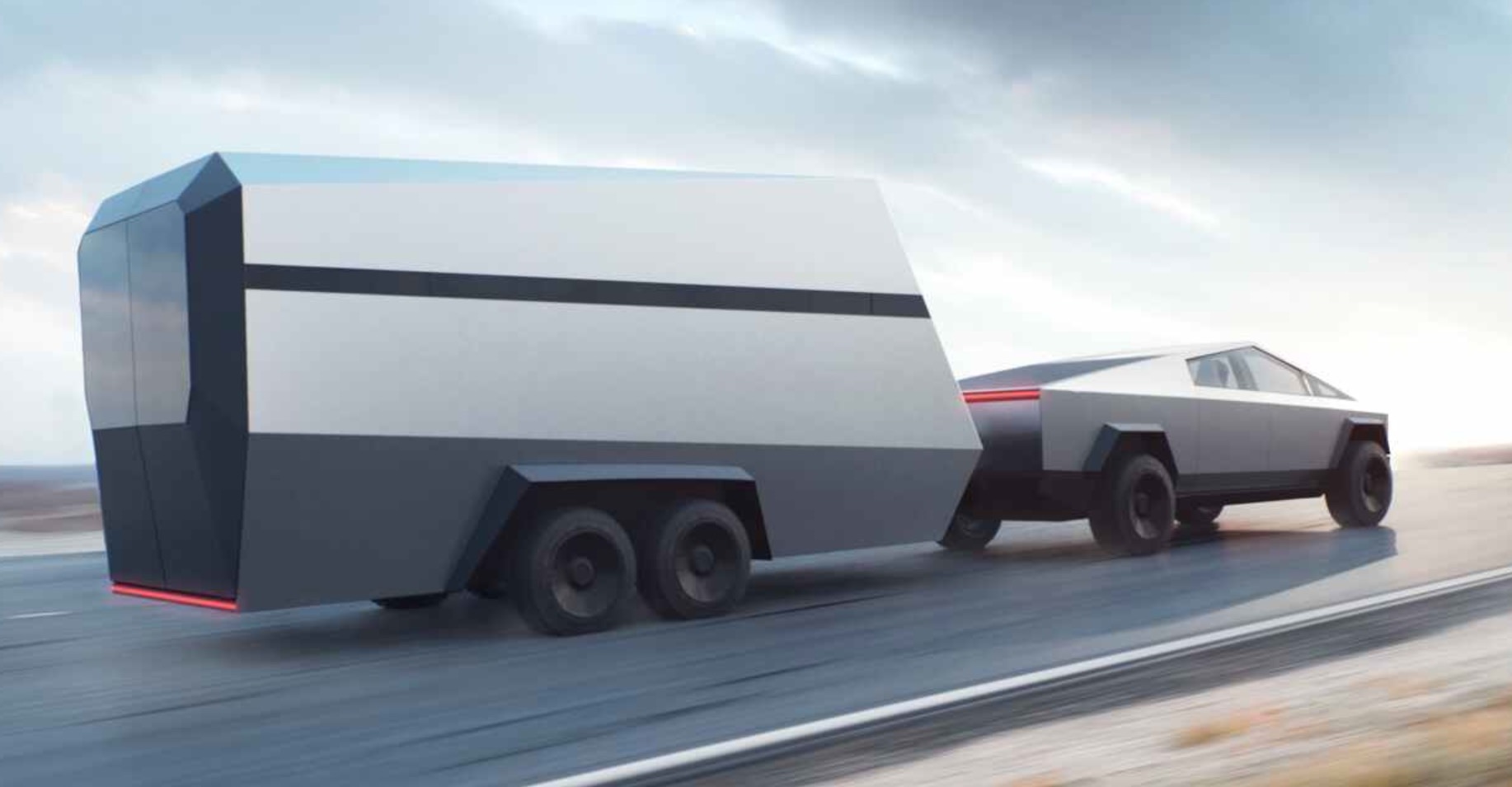 Tesla also unveiled a camper configuration for the Cybertruck electric pickup truck, but it doesn’t require a trailer: 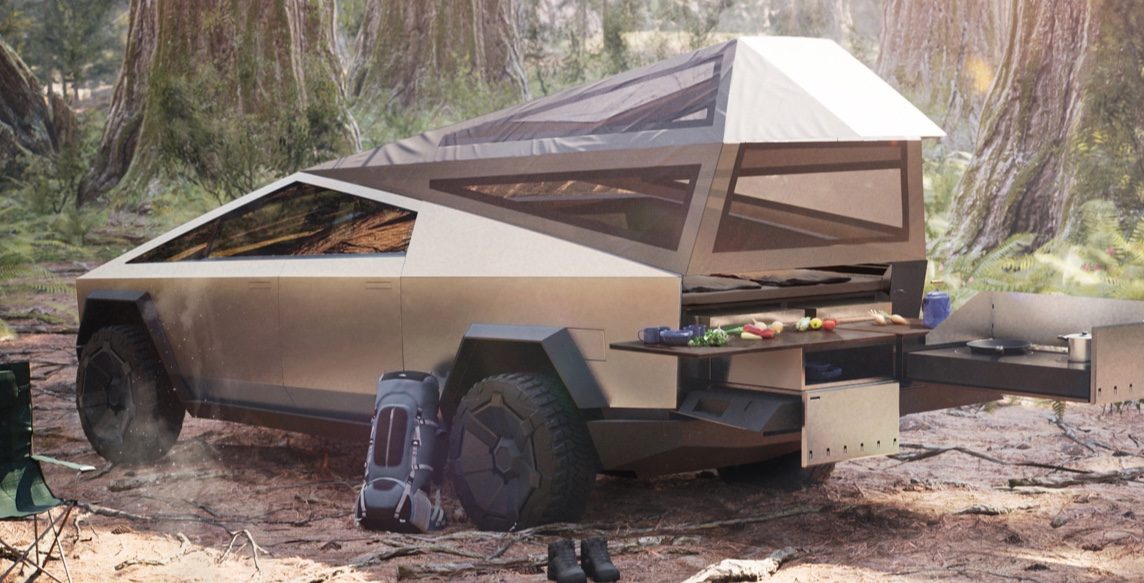 Those two concepts from Tesla have reignited hope of an electric mobile home system powered by a Tesla vehicle.

Musk already confirmed that Tesla Cybertruck will be offered with a solar roof option to add some solar-powered range to the electric pickup truck.

With a trailer adding a lot of roof surfaces, you could add a much more powerful solar system and trickle charge the battery pack of the Cybertruck in order to compensate for some of the efficiency loss that comes with a trailer.

Tesla could design its own trailer with solar and even an extra battery pack to match the Cybertruck’s design, but if they don’t, the market will take care of it.

Model 3 has already spurred several aftermarket companies focusing on the vehicle, and Cybertruck has the potential to do the same.

Some people are already working on a custom fifth-wheel camper trailer for the Cybertruck:

The man, known as Motorhome man on YouTube, ordered a Tesla Cybertruck and commissioned the design of a 5t-wheel trailer just for it.

It matches the design of the electric pickup truck: 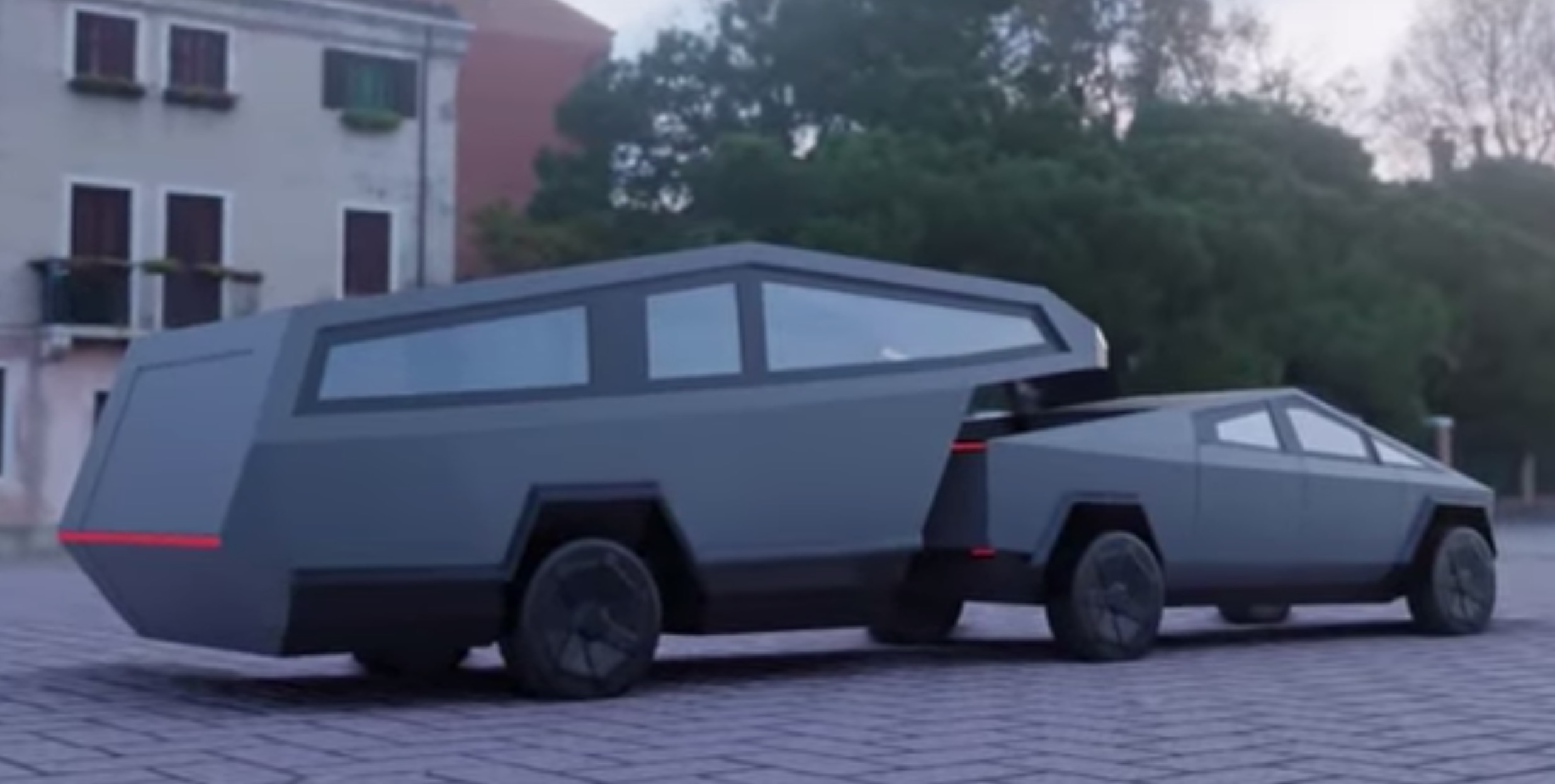 Now that the Cybertruck is offering a viable option with significant electric towing capacity, I expect that several trailer and camper companies will start looking at making products for electric pickup trucks and especially for the Cybertruck.

I believe that Tesla will also enter this market itself, which would explain the trailer render.

It would be interesting for Tesla to design a trailer that works well with the aerodynamic performance of the Cybertruck and potentially have optional additional batteries and solar array.

From a business standpoint, it would make sense for Tesla to offer a lot of higher-margin accessories with the Cybertruck, and I think trailers and campers would fit in that category.