After months of hype, Tesla has finally unveiled its Cybertruck electric pickup truck today in Los Angeles. The vehicle features up to 500 miles of range, a starting price of just $39,900, and much more.

Listen to our special event episode of the Electrek podcast below, or subscribe in your podcast app of choice here.

Tonight, at its design studio in Los Angeles, Musk took the stage to finally unveil his vision of a super pickup truck with an all-electric powertrain.

He had warned that the design might be too polarizing due to its futuristic Blade Runner-esque look, and no one knew exactly what he meant by that, but now it’s clear that he wasn’t kidding.

The Tesla pickup truck, if you can call it that, looks more like it’s something driving off of a movie set than something you can drive off a car dealership’s lot (not that you can technically do that, either).

The lines are extremely simple, like nothing else we have seen delivered to customers in the last 30 years, but also more futuristic than most concept vehicles that never see production.

Instead of a body on a frame, they created a new platform that uses a skeleton structure, which they claim makes the truck extremely solid:

It is also equipped with Tesla Armor Glass, like the Tesla Semi. Though they had a bit of an issue with the live demo: 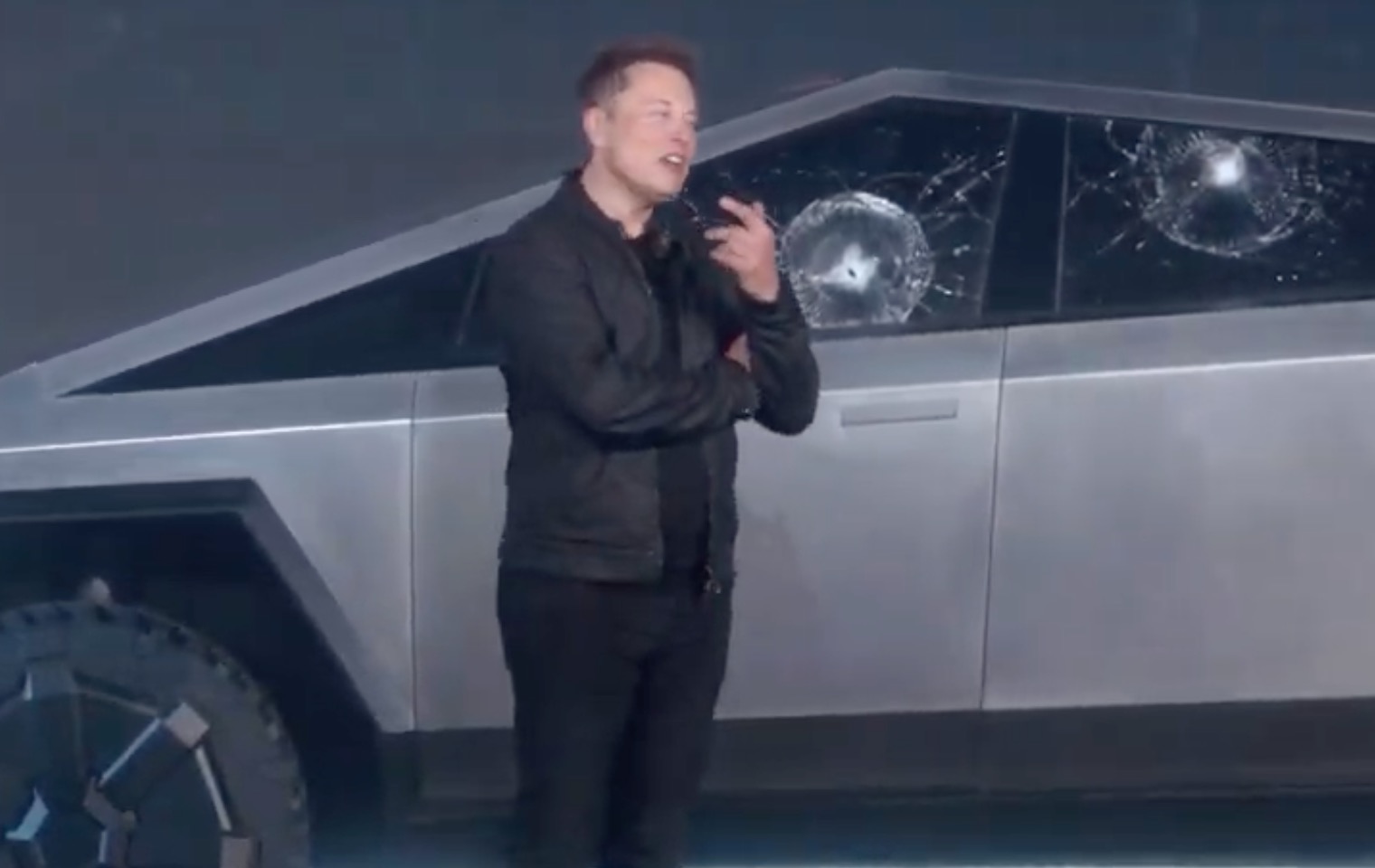 It sits six people, and it is equipped with a 6.5 foot bed, which they call the Cybertruck vault.

The top is covered, but it unrolls if you need to fit something higher than the roof of the “vault”:

The Tesla Cybertruck also comes standard with an adaptive air suspension, which should help the performance with different loads.

Three versions of the Tesla Cybertruck are going to be available with different battery packs and drivetrain configurations.

The single motor RWD version will offer 250 miles of range.

Tesla expects the tri-motor version to be able to accelerate from 0 to 60 mph in 2.9 seconds and complete the quarter-mile in 10 seconds.

Here are the full specs of each version of the Tesla Cybertruck:

Tesla announced that the Cybertruck will start at $39,900 before incentives in the US, which is a lot less than most people expected.