As we reported earlier today, Euro NCAP released its latest batch of crash test results, and the Tesla Model X was the “stand-out performer.”

But the safety group also gave a special “eye-catcher” mention to the Taycan for getting a 5-star rating:

Another eye-catcher of this round is the Taycan, Porsche’s first full electric car that has been dubbed a rival to the Tesla Model S and Jaguar I-PACE in the all-electric sedan segment. While the Taycan is all about high-performance electric driving performance and primarily targets the high-end of the consumer market, it is reassuring that the car achieved the full five stars in safety testing. 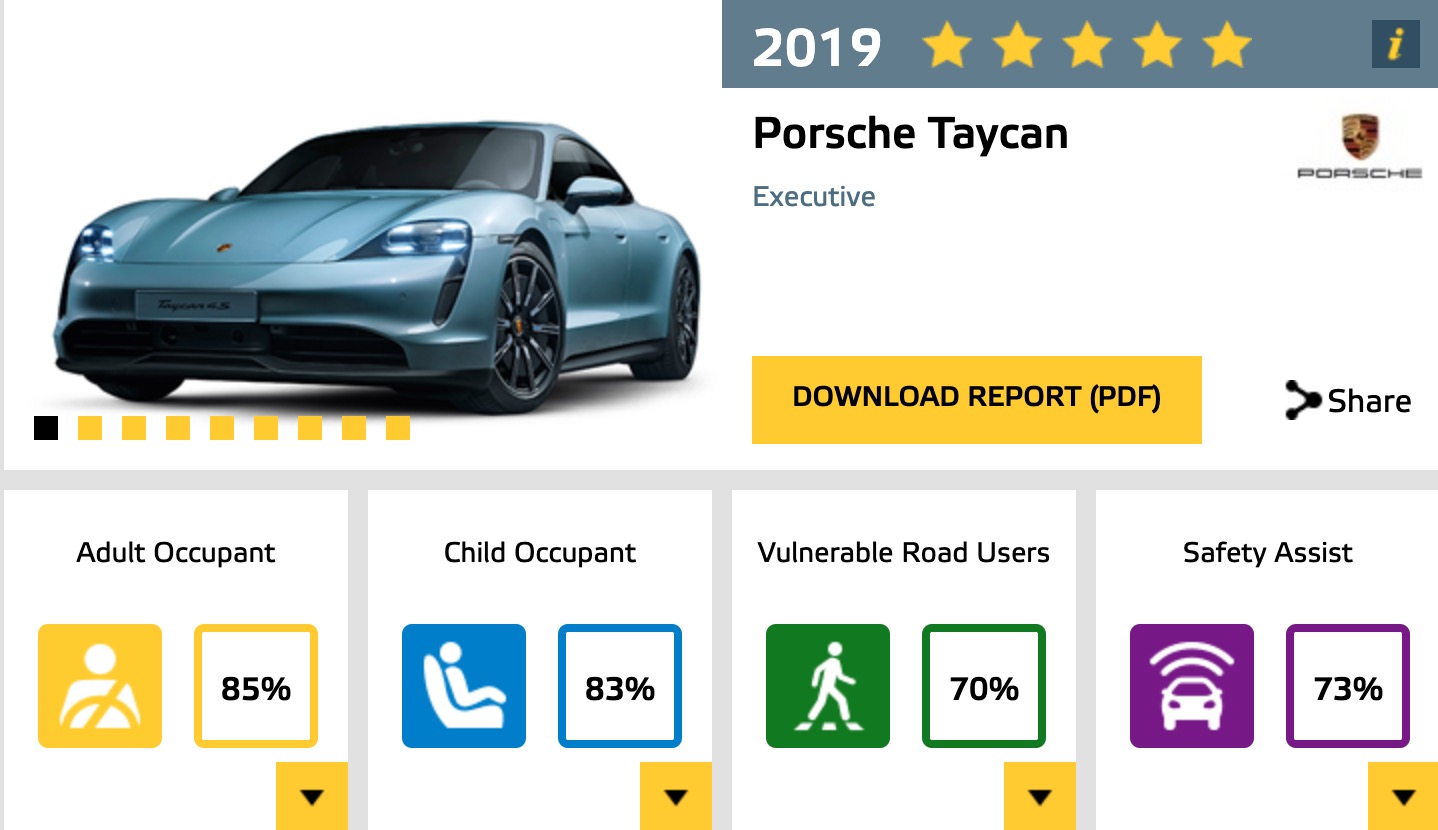 They actually tested the Porsche Taycan 4S, which is the latest entry-level Taycan that is expected to come out next year.

Designing electric vehicles is quite different from gasoline-powered cars, but they offer some great potential for greater passive safety, thanks to a low center of gravity and potential for larger crumple zones.

Porsche seems to have taken advantage of those.

Euro NCAP said about the passenger compartment safety of the Porsche Taycan:

The passenger compartment of the Taycan remained stable in the frontal offset test. Dummy readings indicated good protection of the knees and femurs of the driver and passenger. Porsche showed that a similar level of protection would be provided to occupants of different sizes and to those sitting in different positions. In the full-width rigid barrier test, protection of all critical body areas was good or adequate for both occupants, with the exception of the rear passenger’s chest, for which dummy readings of compression indicated a marginal level of protection. In the side barrier impact, protection of all critical body areas was good and the car scored full points in these tests. In the more severe side pole test, protection of the chest was adequate and that of other body areas was good. Tests on the front seats and head restraints demonstrated marginal protection against whiplash injuries in the event of a rear-end collision. A geometric assessment of the rear seats also indicated marginal whiplash protection. The standard-fit autonomous emergency braking (AEB) system performed well in tests of its functionality at the low speeds at which many whiplash injuries occur. However, the Taycan was not awarded the points for these tests, as good dynamic performance in the front seats is a prerequisite for AEB scoring.

Here’s a video of NCAP’s crash tests of the Taycan:

Here’s the full report from Euro NCAP about the Porsche Taycan: