Can this cute little seated electric scooter find success outside of China?

One of the more striking seated electric scooter designs we’ve come across lately is ready to expand outside of China. With its sights set first on Europe, can the Doinnext Bo electric scooter succeed?

Even with the huge competition from large and small electric scooter manufacturers alike, the Doinnext Bo’s unique design has helped set it apart.

Which is a good thing too, since its specs are pretty par for the course.

The Doinnext Bo is available in either an 800 W or 1,200 W continuous version (though peak power is likely higher). Both versions are based on a rear hub motor housed in a shapely single-sided swingarm. While we’ve seen single-sided swingarms before,  they are usually found on larger electric motorcycles and scooters, not cute little 70 kg (154 lb) electric scooters. 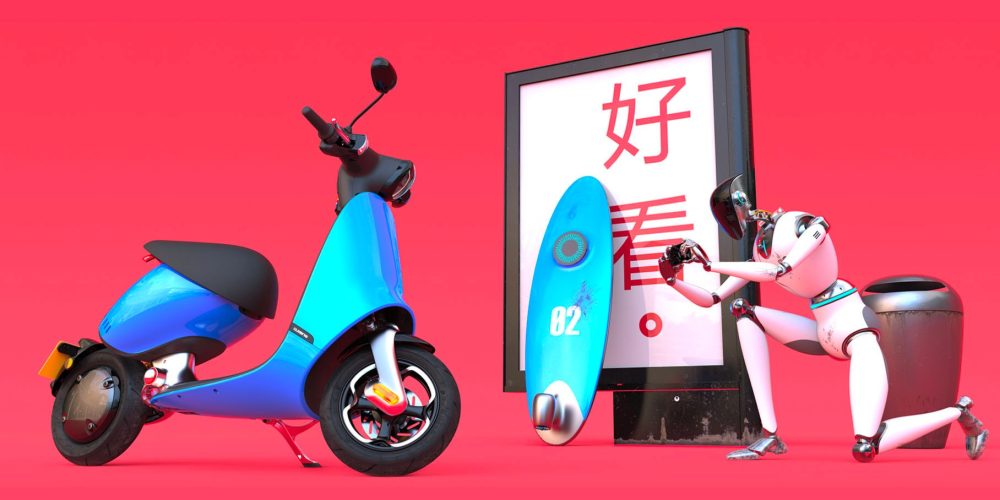 The rest of the tech specs are all fairly standard as well. The scooters get either 1.2 kWh or 1.56 kWh batteries and can reach ranges of between 80-120 km (50-75 mi), albeit when ridden at 20 km/h (12 mph). I’d expect the real world range to be bit under half of the rated maximum range when ridden at top speed.

So if the Doinnext Bo has a fairly generic spec sheet, what could help it stand out as it prepares to expand to Europe next year? It appears that Doinnext is banking on brand image.

The Bo scooter is being marketed heavily as a lifestyle product, which is a move right out of industry leader NIU’s playbook. 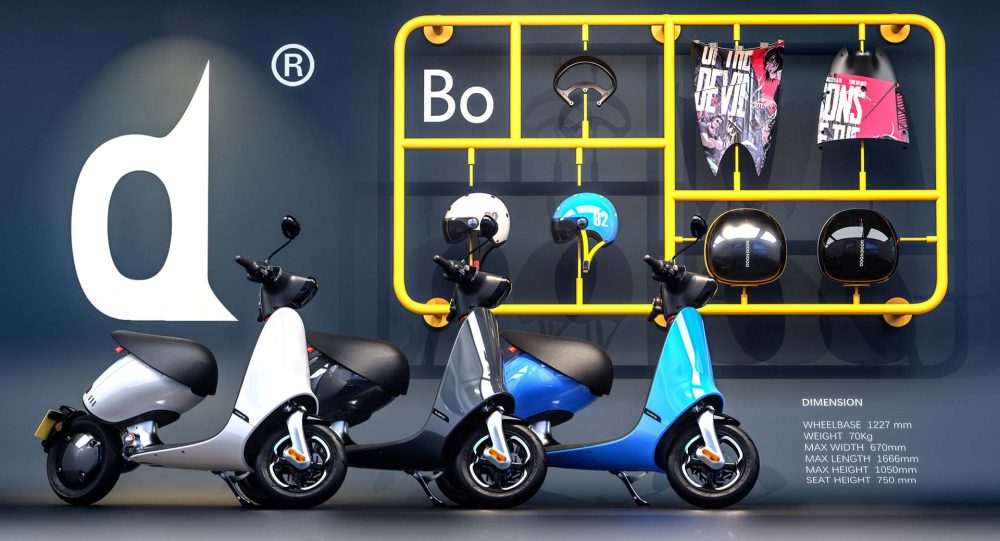 And the Bo electric scooter may have the looks to pull it off. Unlike the standard, unimaginative electric scooters we often see or the long line of Vespa-styled scooters out there, Doinnext has gone its own way in the design department.

The Doinnext Bo has an elevated seat that appears almost disconnected from the main front shield and floorboard. The sweeping lines of the floorboard end where it meets the exposed aluminum truss (which hides a more conventional tubular steel frame beneath), allowing the two-person seat to seemingly float above the scooter. 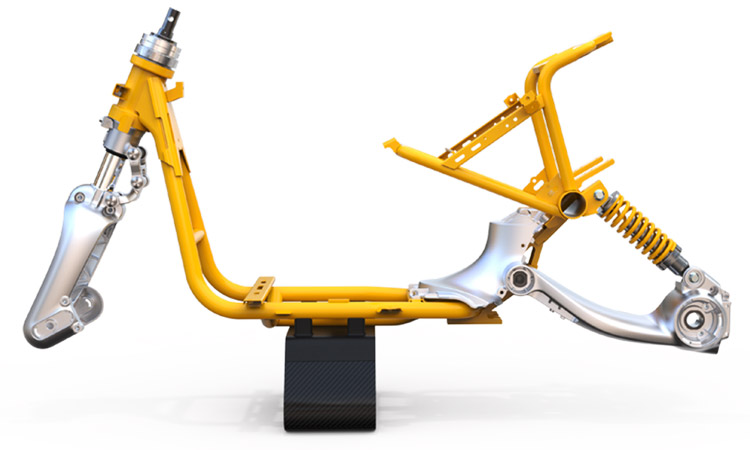 Dual suspension and hydraulic disc brakes round out the modern day comfort and safety components required of any serious contender in the e-scooter space.

Though even in standard parts like suspension, Doinnext seems to have innovated with an aircraft-style single strut front suspension setup. 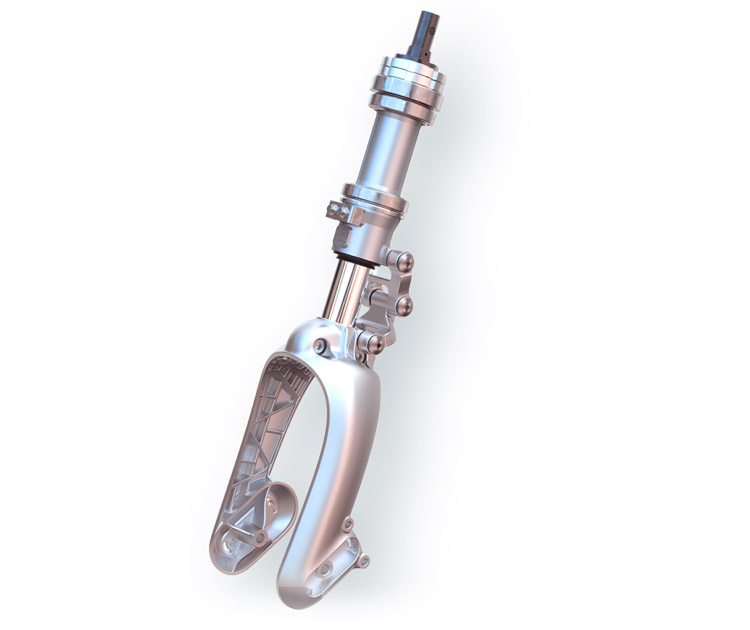 Of course there’s no word yet on how much the Doinnext Bo will cost in Europe. But it should be an interesting addition to the mid-range electric scooter market. It surely won’t compete with the most luxurious of the European scooters, but it could give others a run for their money.