Tesla Roadster: Elon Musk says it might ‘not need key at all’

Elon Musk hinted that the new Tesla Roadster might “not need a key at all” as the prototype is equipped with an interesting door system.

When Tesla unveiled the Roadster prototype in 2017, CEO Elon Musk claimed a list of insanely impressive specs including 0-60 mph in 1.9 seconds, 620 miles of range, and more.

The specs are supposed to be a “major smackdown to gas-powered supercars.”

Furthermore, Tesla is also looking to introduce some novel features in the new Roadster, like the SpaceX package, which consists of cold air thrusters around the vehicle.

Now Musk says that the new Roadster “might not need a key at all.”

He made the comment in a response to tech YouTuber Marques Brownlee who has a reservation for the new Tesla Roadster:

Maybe won’t need a key at all

Tesla had been pioneering the use of phones to unlock and start cars, but it has never let go of the key fob completely.

When launching the Model 3, Tesla made the owner’s phone the main key with a key card as a backup.

Some owners complained of issues when trying to unlock the car with Tesla’s mobile app, and the automaker eventually ended up offering a key fob for the Model 3.

For the Roadster, it sounds like Tesla doesn’t plan to have one.

Interestingly, the next-gen Roadster prototype was equipped with a novel door unlocking system where you swipe your finger next to the door (via Hamid Shojaee): 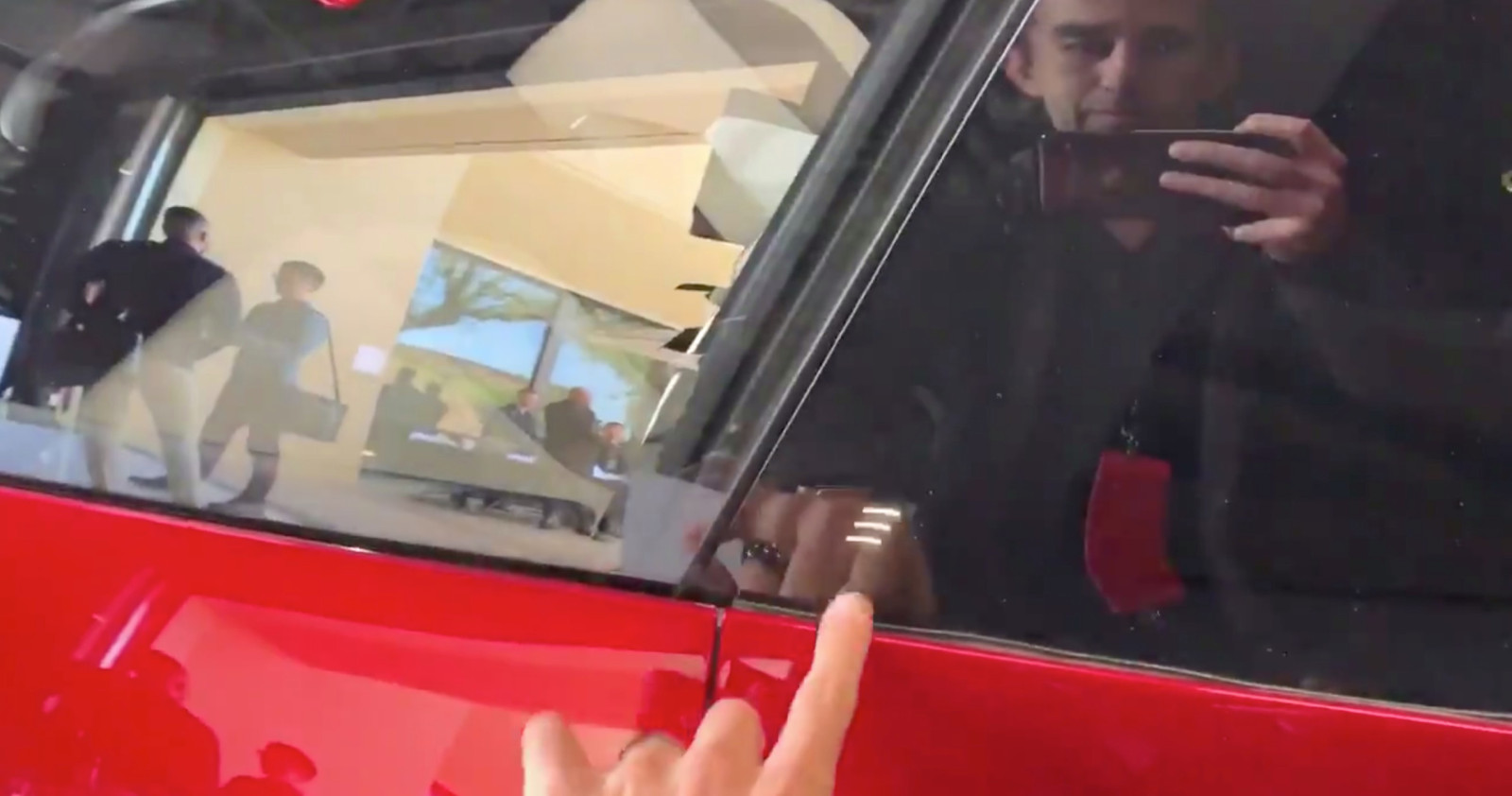 On the prototype, it’s not a fingerprint reader, and instead, it seems to simply be a touch-sensitive button that acts as a door handle.

The next-generation Roadster is now expected in 2021, but it’s still unconfirmed.

Recently, Tesla said that the next-gen Roadster is “evolving into something better than the prototype in every way.”