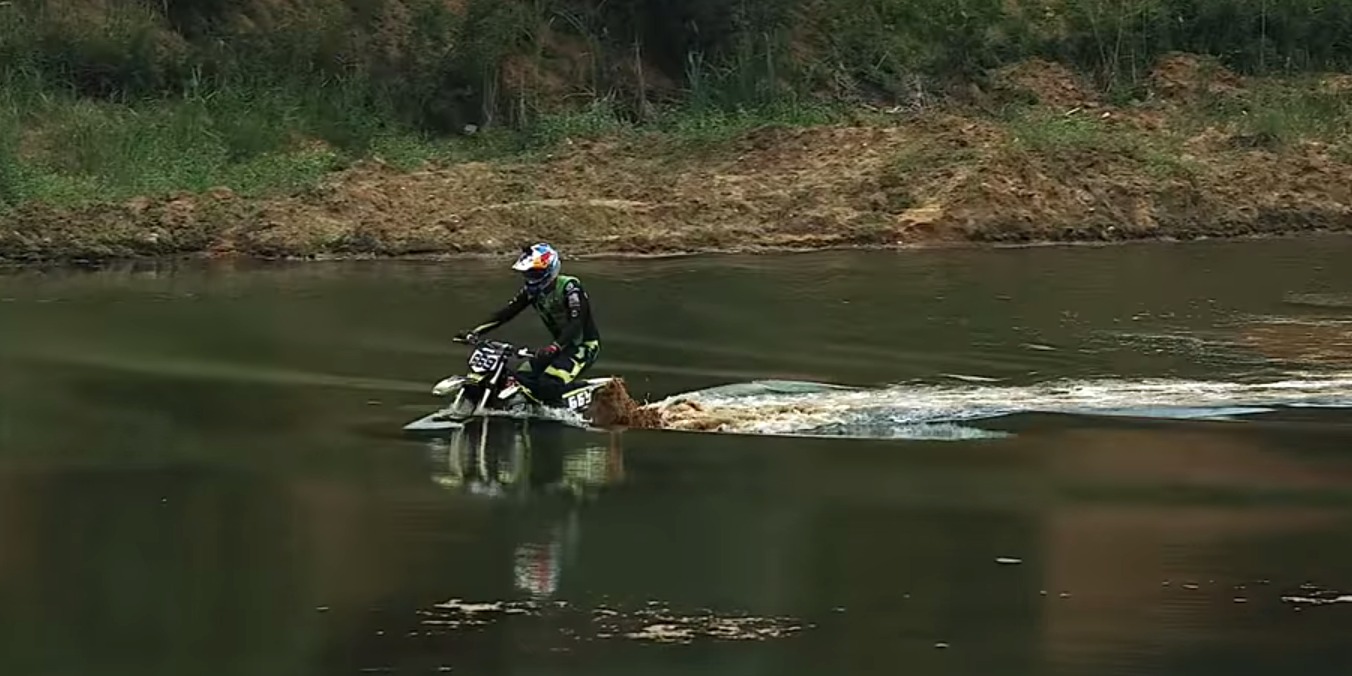 You’d be forgiven for mistaking this electric motorcycle for a submarine, considering they both seem to operate just fine underwater.

The bike is a Milandr SM-250, an electric dirt bike from a Moscow-based EV company. Think of it like a Russian Alta Redshift (RIP).

But most importantly, and like pretty much all electric motorcycles, it is sealed against water and requires no air intake, meaning it can theoretically work under water.

And while this has been true of most electric motorcycles in theory, a rider on a Milandr SM-250 does an amazing job of demonstrating this in practice.

Not only does he show how the electric bike is completely submersible, with the Milandr SM-250 literally disappearing completely under the water at one point without even the bars being visible, it’s actually ridable while submerged.

To be fair, the rider shows that there is a bit of a learning curve at first as the rear wheel fills with mud and the bike has to be dragged out of the water.

But he soon figures out the new riding dynamics necessary to keep his electric motorcycle/submarine ambulatory. And the answer appears to be speed, or at least constant forward progress. Pretty soon he’s ripping through the water and leaving a literal wake in his path.

It’s actually pretty amazing to see. Check it out.

Imagine what would happen if you tried to do this with a standard gas-powered dirt bike. It’d be the last ride the bike made for a good long time, if ever. I’m no expert, but I don’t think carburetors work very well if they’re filled with mud and water. And cylinders, even less so.

But with the closed systems that make up most electric motorcycles, the world (and giant puddles) are your oyster! I regret not trying this when I had a Zero FXS electric supermoto, though something tells me the off-road optimized Zero FX would probably have been the wiser choice. And still something else tells me that Zero might not let me borrow any more bikes if I go full Red October on one.

But that doesn’t mean you shouldn’t try it! Now there are a pile of light electric dirt bikes headed to market in the next year or so. Sur Ron’s Storm Bee is looking awesome, Ottobike has a great electric supermoto destined for production, and even Segway is getting in on the electric dirt bike game. So get ready to drain your boots and be sure to send us some video if you make your own submersible adventure!