William Shatner will tell you that Pedego has been synonymous with electric beach cruisers for a long time. Their folding Pedego Latch model is unique enough for special attention, and similar enough to the “Pedego feel.” However, in one special aspect I believe it outweighs its peers, both inside and outside Pedego’s lineup.

The electric folding bike market has a wide swath of options. On the high end, there are folding bikes with magnesium frames, integrated batteries, enclosed drivetrains, ground-up designs, app connectivity, and much more (see our upcoming reviews). On the low end, there’s a hundred cheap imports in the sub-$600 range with budget-level stats and performance. Somewhere in the middle is the Pedego Latch. 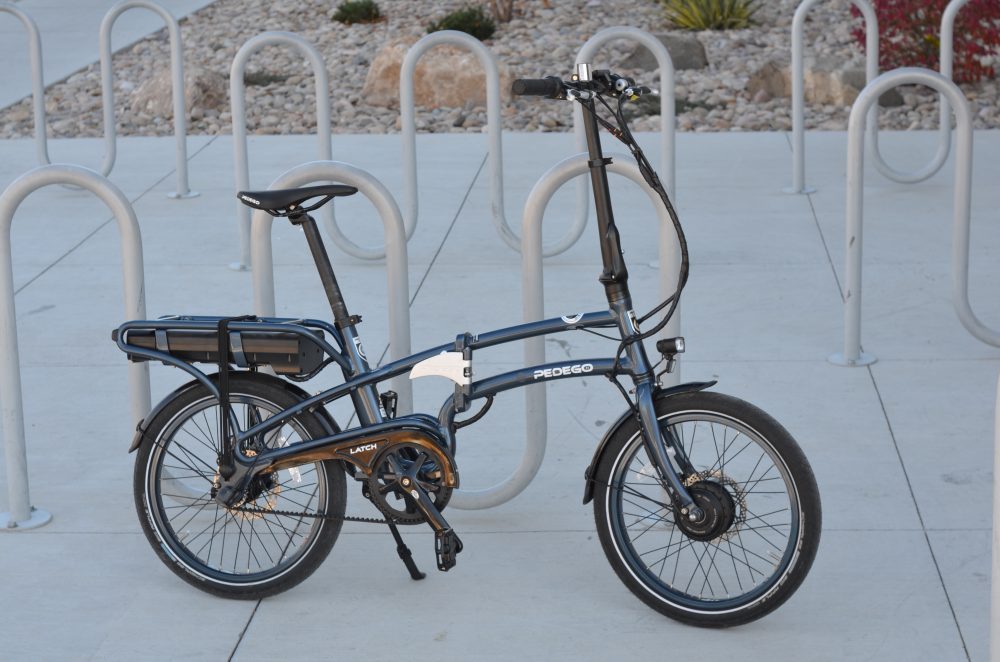 Electrically, the bike uses parts that are par for the course: 250 W front hub motor, cadence pedal assist, 36V 10Ah battery mounted in the rack, and both front and rear lights. There really isn’t too much to compare, since most every electric folder using something akin to this. 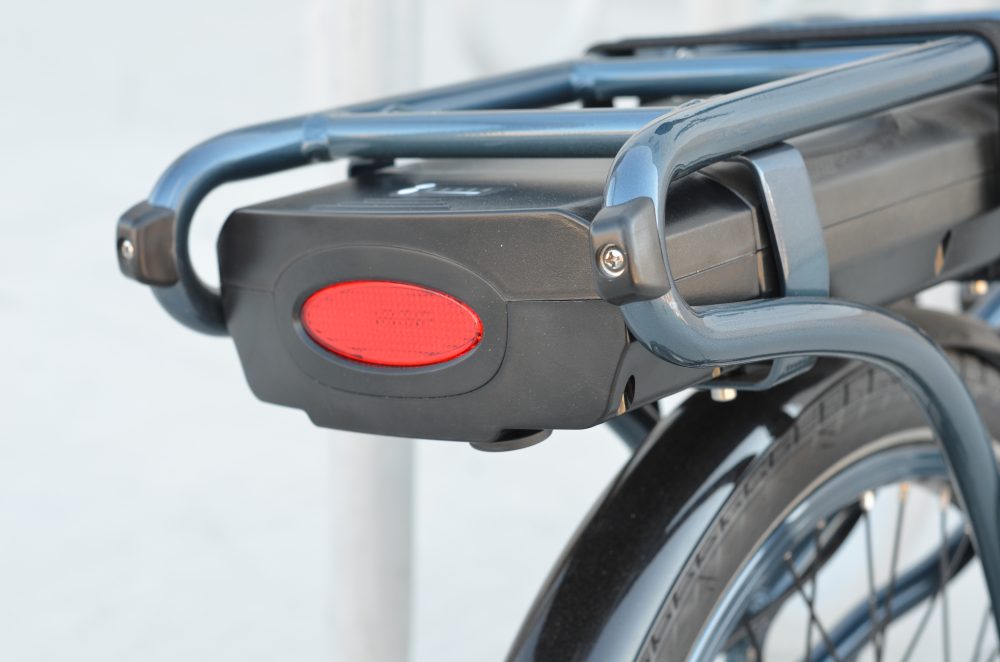 The ride characteristics of the Pedego Latch will be quite familiar to folding bike riders, but with a bit more guts on the electric side. It’s common for electric folders to claim big numbers on range by limiting the power output. Pedego lets the rider decide by throwing out plenty of power on full assist (and more on full throttle). Because of the full power options, the range estimate is pretty wide. If you blast through the pack quickly, you’ll be seeing enough range to get around the campground. If you take it easy, you might be able to get through the national park on a single charge. Overall, I like the simple and familiar electric components that Pedego uses. I wouldn’t use words like “premium,” “best in class,” and certainly not “state-of-the-art,” but I do sincerely enjoy the easy feel and the access to higher power when necessary. 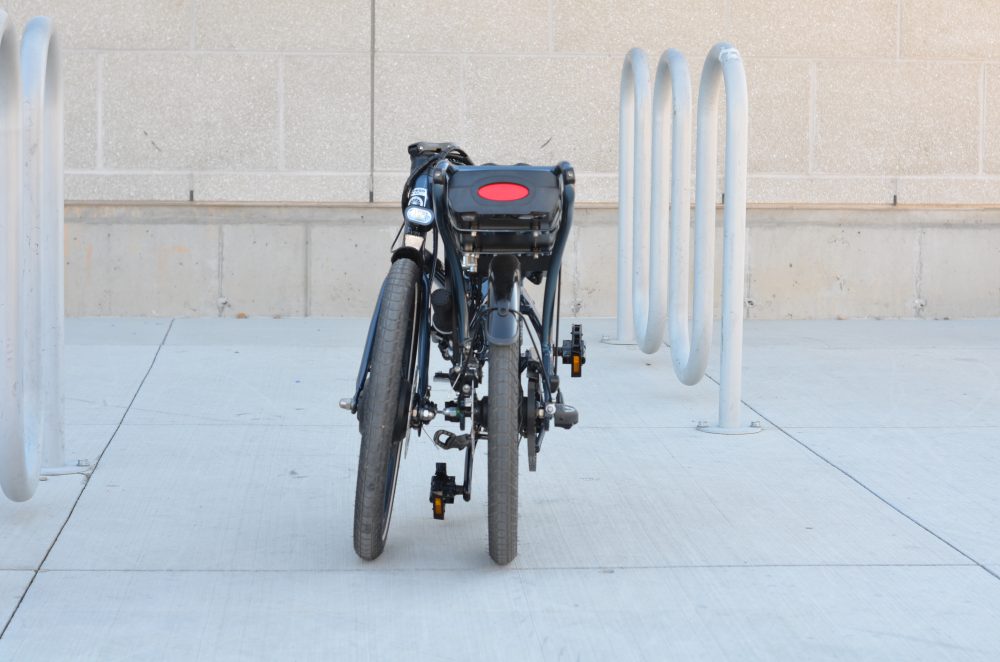 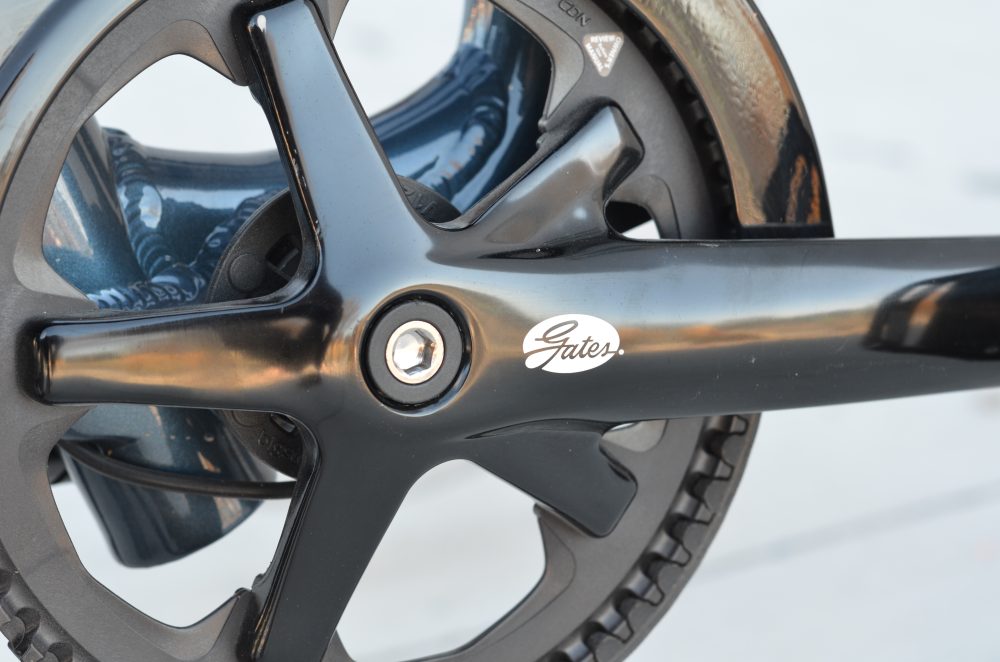 Mechanically, the Latch has one great feature and a series good choices. The brakes are good; Avid BB7 mountain bike calipers are decent for the application. Typical for any folding bike, the handlebars feel like you’re steering from the back seat. The Latch includes a 3-speed Shimano Nexus, a nice system that is easy to keep clean and easier to maintain. One of the best features on the bike is the Gates Carbon Belt Drive that replaces the chain. Continuing with the clean, low-maintenance effect, the belt drive also makes the bike feel really smooth on pedaling. The belt drive really feels nice, and the ease of use and lack of exposed components helps keep the bike in working order when folded and tossed into a trunk, RV, or boat. The drive is certainly a headline feature of the Pedego Latch, but does that warrant the base MSRP of $2,795? There’s one more important aspect. 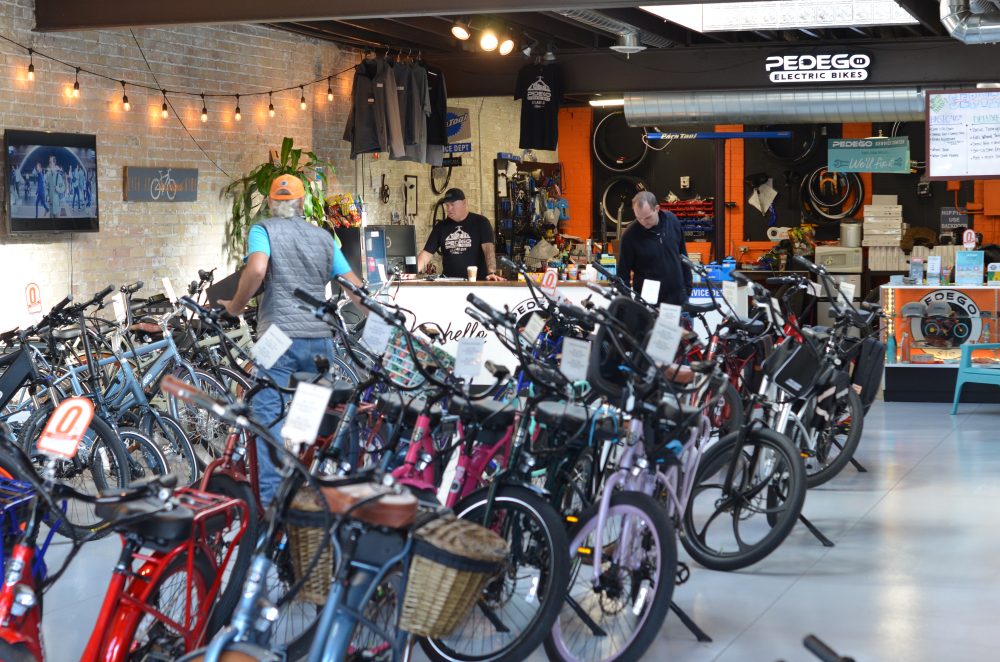 No, not the throttle (though that is really nice). The Pedego Latch also has a great feature outside of itself: the dealer network. If you plan on traveling with a folding bike, then this dealer and service network may be a compelling feature. Across the US, Pedego has branded stores in most major cities that can facilitate warranty or service needs, sometimes on the spot. Packing up a couple of folding bikes in the RV and having the safety net of a Pedego store within arm’s reach is a very unique benefit among the industry. Yes, there are service centers for systems like Bosch, Shimano, Yamaha, etc. However, with Pedego’s store model, each operator is endowed with a very intimate knowledge of the admittedly limited lineup. In my opinion, the dealer network is the most compelling feature of the Pedego Latch. If this sounds appealing to you, feel free to drop into a local store for a test ride. If not, stay tuned to Electrek, where we review electric bikes of all shapes and sizes.