GoCycle is back with an update to its already popular line of fast-folding electric bikes. The new GoCycle GXi combines the best of previous GoCycle models into what may be the most advanced model the company has ever offered.

We last received an update from GoCycle when the company announced its new GoCycle GX e-bike earlier this year. That bike innovated with a quick, 10-second folding procedure that was actually pretty slick compared to other clunkier folding e-bikes on the market.

But GoCycle wasn’t going to stop there. The company upped the ante by taking the GX foundation and combining it with the performance of the brand’s top-of-the-line G3 e-bike.

That means the GXi gets the quick-folding design but also comes with all of the upgrades that G3 riders have enjoyed. That means it has a 500 W front hub motor (250 W in Europe) and can reach a 20 mph top speed (or 25 km/h in Europe). The battery is upgraded to the same 375 Wh battery found in the G3, though GoCycle takes a rare approach with a low voltage 22 V battery. To maintain the clean look of the GoCycle GXi, the battery is hidden in the hydroformed aluminum frame, yet is still removable for charging indoors while the bike is locked outside.

The battery offers a claimed range of 80 km (50 mi), though in practice the real-world range is usually somewhat less. 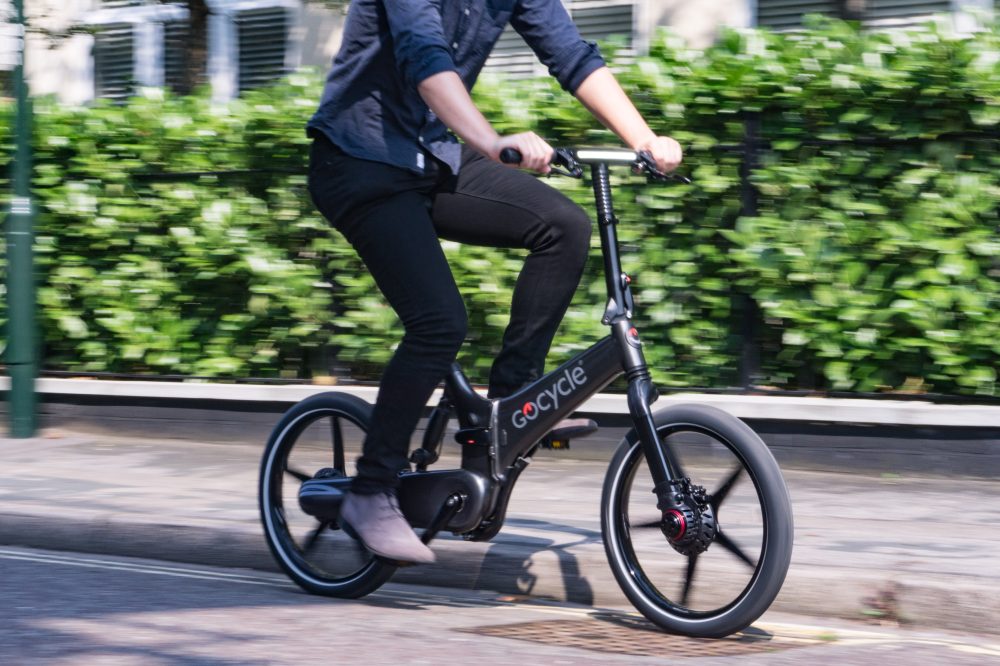 The GXi also gets a new, custom-designed interface with an “F1 inspired” LED dash showing battery level, pedal-assist mode, speed, and gear position. Speaking of gears, the GXi uses a 3-speed Nexus hub and also comes with automatic downshifting. That means you’ll never struggle while starting in a tall gear after forgetting to downshift at a stoplight.

And like other bikes in the line, the GoCycle GXi offers rear suspension in the form of a single-sided rear swingarm.

Other features include daytime running lights in the front using GoCycle’s proprietary “light pipe” design across the front of the handlebars as well as GoCycle’s custom tires on its single side-supported wheels. Both the wheels and pedals are detachable, making the GXi even smaller when stored.

The GoCycle GXi tips the scales at a modest 17.5 kg (38.6 lb) and can support riders up to 100 kg (220 lb). And just in case you were wondering, that 100 kg rider weight limit is “including clothing and luggage”. So if you’re close to the limit, maybe skip the full leather jacket or wool sweater.

The GXi isn’t cheap though, starting at around $4,800. That could be a tough sell, especially considering you could buy 10 other folding e-bikes for the same price. But GoCycle is banking on its innovative design and convenient features not found in those other budget e-bikes.

The way it folds and those pop-off wheels are like modern art, in my opinion. It’s like an origami bike, almost. Serious props to the designers that worked on this one.

But man, check out that price. Help me Rhonda, that’s expensive! 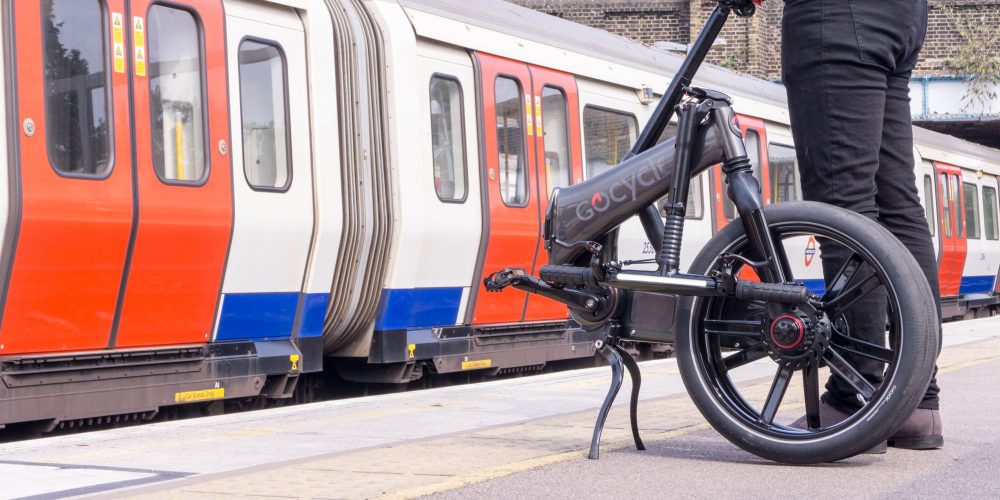 If you want the slickest, easiest folding e-bike then this could be a good option. But I find it hard to recommend it to people when such good folding bikes exist for a third of the price. Are they as good as the GXi? Of course not, but you can drown your sorrows in the extra few thousand dollars you have in your pocket.

That said, I’m going to try to get on one of these GoCycle GXi bikes as soon as possible to see how it goes. If it’s as amazing as they say then maybe I’ll be changing my tune and singing its praises from the treetops. We’ll see.

Until then, I want to hear what you think of the GoCycle GXi. Share your thoughts in the comments below!