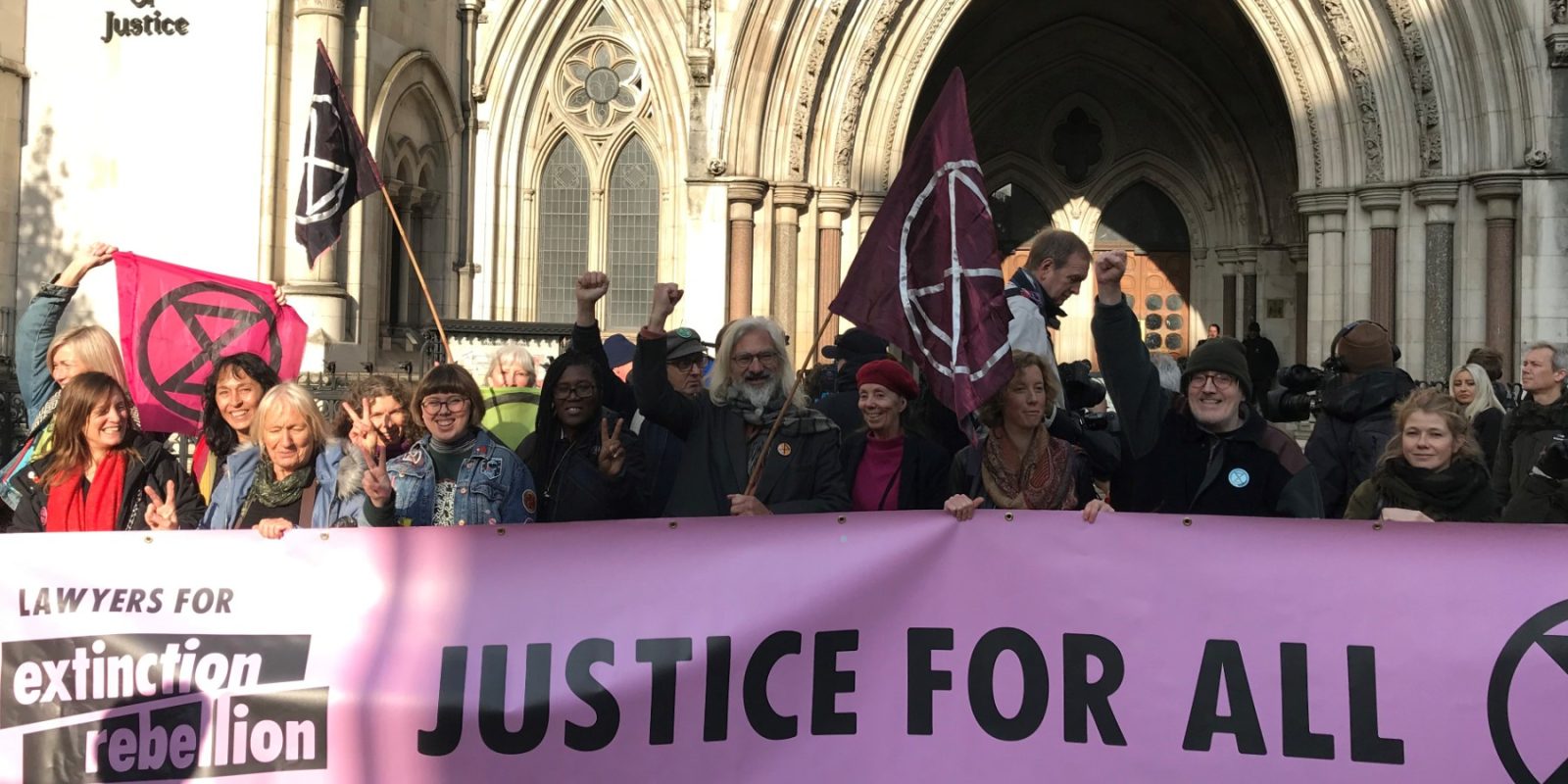 The UK’s High Court has ruled that a Metropolitan Police ban of the climate-crisis protests held by activism group Extinction Rebellion (XR) in October was unlawful.

The Metropolitan Police imposed the ban on October 14 under the Public Order Act. The police lifted the ban four days later, saying it was no longer necessary.

But judges ruled against the implementation of the climate-crisis protest ban against XR. The police could face compensation claims from those who were arrested.

Separate gatherings, separated both in time and by many miles, even if coordinated under the umbrella of one body, are not a public assembly within the meaning of… the Act.

The XR [Extinction Rebellion] autumn uprising intended to be held from October 14 to 19 was not therefore a public assembly… therefore the decision to impose the condition was unlawful because there was no power to impose it under… the Act.

Environmental activist and writer George Monbiot (who was also arrested) made a video explaining why this ruling is crucial. He said, “We have the human right to dissent… there would be no democracy without it”:

Thank you ⁦@GeorgeMonbiot⁩ for this Video that explains exactly why today’s judgement in our favour is so important, not just for us, but for freedom and democracy. 🙌🙌#RebelForLife #ExtinctionRebellion pic.twitter.com/37XOMeKjlv

Further, Green Party MEP Ellie Chowns gave a statement outside the Royal Courts of Justice, saying “it is an immense victory for the right to assembly and protest which are cornerstones of democracy… It’s time to… tackle the climate emergency with the urgency that it deserves.”

Good to see Green Party’s @EllieChownsMEP outside High Court after welcome ruling on @ExtinctionR protests
Ellie & others were arrested for peacefully protesting. That was an abuse of police power. Fundamental rights were ignored

Who are Extinction Rebellion?

In an explainer about who Extinction Rebellion are, Electrek reported on October 8:

In Extinction Rebellion’s own words, it’s ‘an international movement that uses non-violent civil disobedience in an attempt to halt mass extinction and minimize the risk of social collapse.’ XR launched in 2018, and it has active groups in dozens of countries. They have 298,000 followers on Facebook.

In the UK, a YouGov poll that surveyed 3,000 people suggested that the majority of their support comes from 18- to 24-year-olds, with 47% “strongly supported” or “somewhat supported” the disruption of traffic and public transport to highlight Extinction Rebellion’s aims. Support drops as ages climb. But images of the protests show people of all ages and backgrounds.

XR wants zero carbon emissions by 2025, and they want governments to tell the truth about how bad the climate crisis is.

They responded to the ruling on Twitter: “We won’t be silenced.”

High Court finds Met Police decision to ban #ExtinctionRebellion protests during the October Rebellion unlawful.
The government doesn’t want to deal with the Climate & Ecological Emergency, tried to shut us down.
We won’t be silenced.