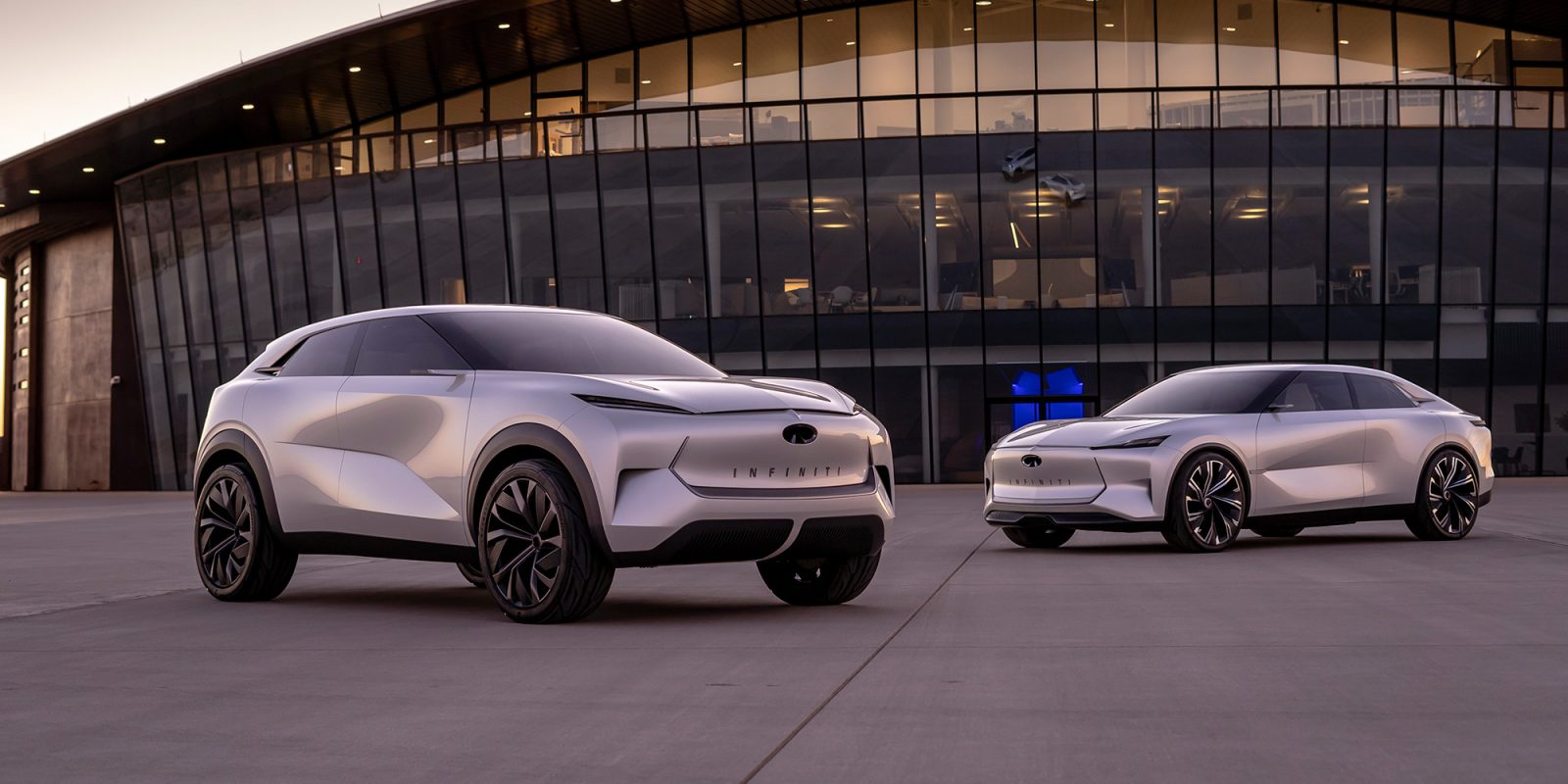 After promising an Infiniti electric car for nearly a decade, Infiniti unveiled plans last week for three new battery-powered models in the next few years. The vague plans prominently feature a technical design that Infiniti and its parent brand, Nissan, describe as an EV. But the so-called e-Power vehicles don’t offer a way to plug in.

“Some [customers] are going to be so happy to know the thrill of an electric vehicle, the silence, the instant response, but without worrying about driving range or charging time. And this is the solution we’re going to bring.”

The concepts were unveiled last week at an event celebrating the brand’s 30th anniversary. Infiniti will base the planned EV-ish models on Q, QS, and QX Inspiration concept vehicles.

A new platform using a skateboard design to package battery packs will enable a pure EV that could offer up to 300 miles on a single charge. Tim Franklin, director of product planning for Infiniti Americas, said new Infiniti EV models would arrive at dealerships “in the near future.”

The second and more disappointing configuration mates a 5 kilowatt-hour pack to a 1.5-liter, turbocharged engine. The idea is not new. Exactly three years ago, Nissan started discussing its e-Power strategy. Nissan said the plug-less, charge-less e-Power technology will provide “all the benefits of an EV without having to worry about charging the battery.”

Yes, the wheels will be exclusively driven by the electric motors but, ahem, it doesn’t plug in. The sole source of energy is the gasoline engine serving as a generator. It’s a head-scratcher, but by the looks of things at this early stage, the strategy is about utilizing the electric motors for instant torque and quiet operations.

Both Infiniti’s new electrified systems—the pure EV and gas-powered EV designs—will use a pair of electric motors adding up to 429 horsepower.

Infiniti said by 2025 it will sell only electrified vehicles. Here’s the lead to today’s official press release:

Infiniti’s future models will offer drivers a choice of electrified powertrains as the brand embraces new technology to propel its vehicles. These include fully-electric systems, as well as a gas-generated EV system (known as e-POWER at Nissan) in which a gasoline engine generates electrical power stored in a battery, which can then be delivered to all four wheels through a pair of high-output electric motors. These powertrains will be matched with dedicated platforms and vehicle architectures, delivering the high performance, range confidence and reduce environmental impact that buyers are coming to expect from premium car manufacturers.

In a telling statement, Infiniti said the visual design of the new models would be based on a Japanese spatial concept called “Ma.” The company describes Ma as “emptiness full of possibilities.”