Infiniti announces ‘it will go electric’ starting in 2021, but what does it mean? 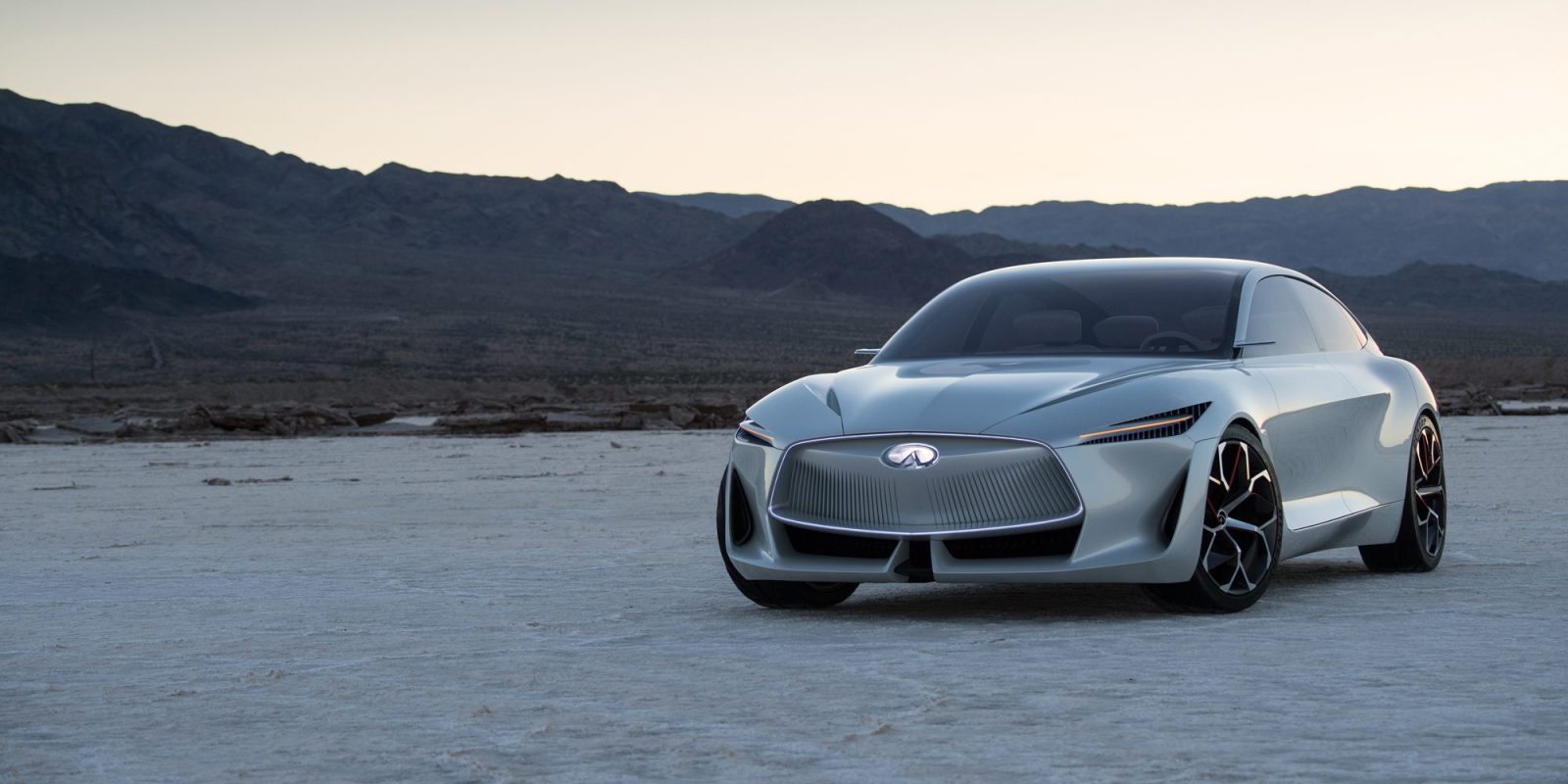 We have seen several similar announcements over the last year and they are often being misreported simply as ‘(insert automaker) is going all-electric’, like Volvo and Jaguar, which is why it’s important to be clear about what is being announced here.

Infiniti, Nissan’s luxury brand, announced that ‘it will go electric’ starting in 2021, which means that all new models will offer “electrified powertrains” from 2021.

Nissan Chief Executive Officer Hiroto Saikawa made the announcement at the Automotive News World Congress yesterday on the sidelines of the Detroit Auto Show.

The main point to understand is that all new models (not existing ones) introduced after 2021 will have an electric powertrain.

According to the automaker, that can mean pure electric vehicles (BEV) and e-POWER vehicles, which are basically electric vehicles with a gas-powered range extender without any plug or all-electric range (HEV).

In 2025, they expect that a mix of those “electrified vehicles will comprise more than half of Infiniti global sales by 2025.”

The automaker also confirmed that they will introduce their first all-electric vehicle in 2021 and they say that “customers can expect beautifully designed vehicles like the Q Inspiration concept shown in Detroit”, but that specific concept is for a gas engine powertrain:

Again, I think it’s important to understand what Infiniti is saying here because those kinds of announcements are often being misreported.

As an EV enthusiast, it would be easy to congratulate Infiniti on this move at first glance, but it’s actually very disappointing in my opinion.

First off, they are launching their first all-electric vehicle in 2021, which will make them extremely late to market considering virtually every luxury automaker is planning to launch all-electric vehicles to compete with Tesla in the next 2 years.

Secondly, it looks like they are trying to compensate for their tardiness by making this announcement that “they are going electric”, but I think that announcement is not nearly ambitious enough. I don’t believe that there will be a single car buyer in their right mind in 2025 that will want to buy a new car that is not all-electric. Yet, Infiniti plans for only half of its sales to be “electrified” by that time and that includes hybrids. Really?

It sounds like they are completely missing the boat here. What do you think? Let us know in the comment section below.