Tai Ling is perhaps best known for its role as Suzuki’s scooter partner.

Now the company is rolling out a new electric scooter line known as the e-Ready.

But Tai Ling apparently has no interest in reinventing the wheel, err- battery. Instead, the company is partnering with Gogoro to build the e-Ready scooters around Gogoro swappable batteries.

According to Gogoro CEO Horace Luke:

“We are excited to be partnering with Tai Ling, the exclusive long time commercialization partner of Suzuki for motorcycles and scooters in Taiwan, to propel their electric vehicle strategies forward. The world is experiencing unprecedented momentum for electric transportation, especially in Taiwan, and people are demanding smart electrical vehicle choices and Gogoro is enabling the ecosystem to support it.”

Last year, an electric motorcycle battery development consortium was announced by Japan’s Big Four: Honda, Yamaha, Kawasaki, and Suzuki. Now we’ve seen two of those companies (first Yamaha and now Suzuki) get into the electric scooter game with Gogoro batteries. While this isn’t likely what the companies meant when they announced their electric motorcycle plans, it certainly shows a willingness to get their feet wet in the electric vehicle industry.

And Gogoro has made it easy for these types of companies to adopt its increasingly common battery swapping standard. Despite recently launching its own smaller electric scooter brand, Gogoro has offered up its batteries as the foundation for partnerships with other scooter companies. The scooters built using Gogoro swappable batteries can either be charged at home like a conventional electric scooter or could potentially take advantage of the Gogoro Network of battery swap stations. 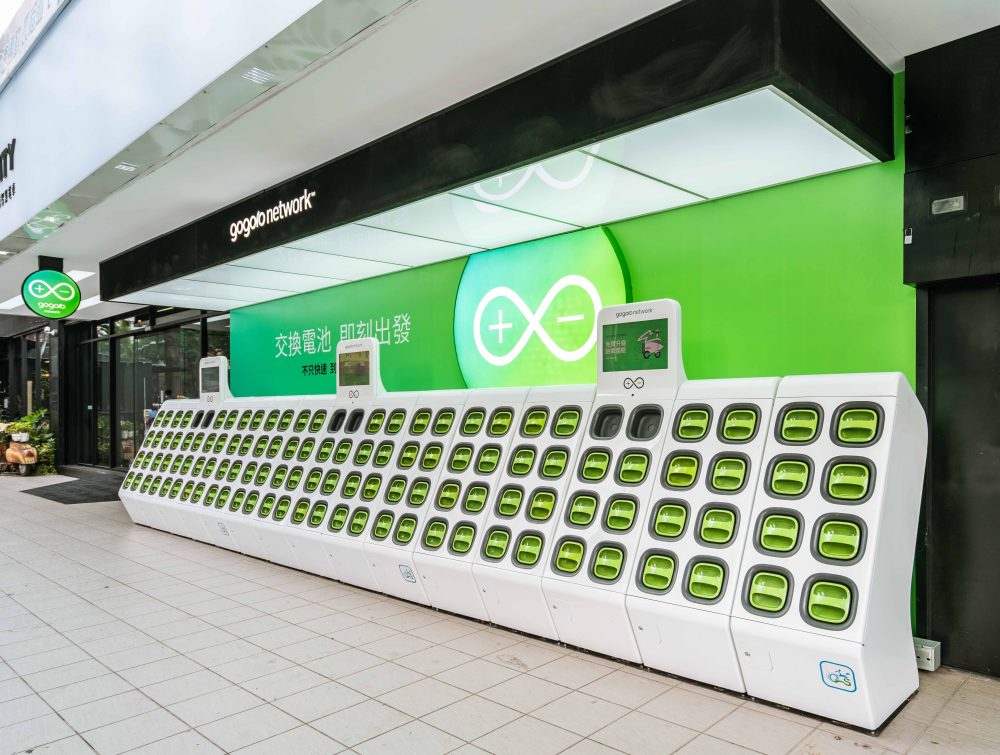 According to Gogoro, as many as 100,000 batteries are swapped in its stations every day. That makes it the largest mass-market battery-swapping network in the world.

Gogoro has been on a roll lately with its own scooter updates, announcing a new line of high-speed electric scooters with 170 km (105 mi) of range as well as their own electric scooter rental program.

The company has demonstrated a huge market share in the Taiwanese market and has expanded internationally in the form of scooter sharing programs such as COUP in Paris and Berlin.

As more companies like Tai Ling, Yamaha, and others join ranks with Gogoro, you could be seeing a zippy electric scooter silently whizzing around your city soon.