Lately we’ve been seeing a lot of promise for swappable electric batteries in the light electric vehicle industry. Just yesterday, KYMCO announced a partnership with 22Motors to build electric scooters based on the Ionex swappable battery standard. Now one of KYMCO’s biggest rivals in the battery swapping EV space is firing back with their own announcement.

Gogoro has secured a number of new partnerships using their own swappable EV batteries.

Taiwan-based Gogoro burst onto the scene three years ago with a novel battery swapping system and accompanying electric scooters. Gogoro introduced a model that allowed riders to buy their scooters, while the batteries were still owned by the company. Riders then enrolled in a subscription service that allowed them to swap their batteries at over 750 battery swap stations spread around the country.

The batteries themselves are 1.3 kWh packs, which are twice the capacity of competitor KYMCO’s swappable batteries.

The system won widespread praise, helping Gogoro scoop up 7% of the market share for all scooter sales in Taiwan earlier this year – an impressive feat for a new company competing against established giants such as KYMCO and SYM.

However, Gogoro’s scooters and battery swap stations were originally limited to just consumer use. Now the company is expanding their reach by targeting commercial users.

Today, Gogoro announced a flurry of new partnerships aimed at expanding the reach of their battery standard and commercial sales.

Both partnerships will allow Gogoro to extend their local influence in the vast electric scooter market. 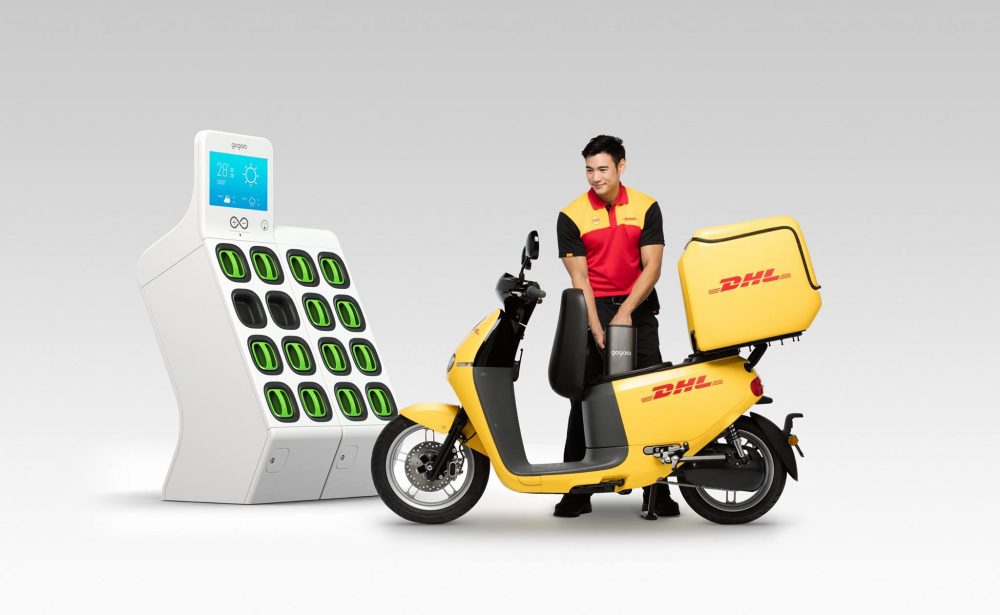 The growth of electric scooters

In Taiwan, personal cars are rare as most residents commute on scooters. Electric scooters are the fastest growing segment of scooters locally due to their convenience compared to gas scooters.

Both companies are now beginning to expand outside of their native Taiwan. KYMCO’s Ionex Commercial is beginning to develop international partnerships, starting in India.

Gogoro has operated electric scooter sharing programs as a partnership with Bosch in Paris and Berlin. 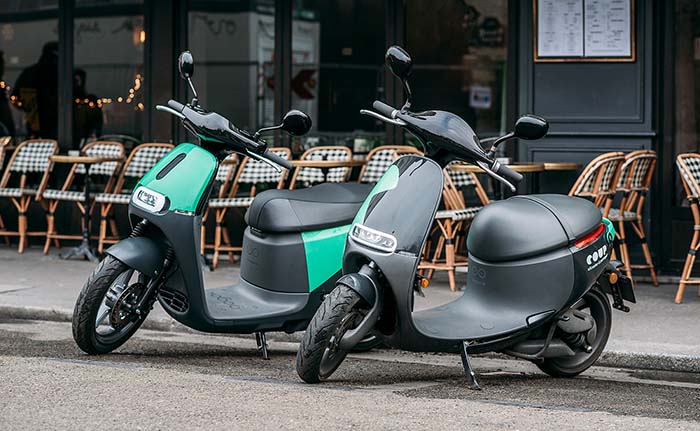 This is definitely exciting news. Gogoro was first on the scene with a realistic large-scale battery swapping setup. They had the market essentially to themselves for a few years, but then KYMCO announced their own swappable battery standard.

For now, Gogoro is still the only one with a true battery swapping program in operation, since KYMCO’s battery stations are setup to charge the user’s batteries in real time, as opposed to offering a fresh battery to swap in immediately.

However, KYMCO’s charge stations could theoretically become swap stations with a simple policy change. This is likely forcing Gogoro to stay on their toes, spurring today’s announcement of four new industry partnerships.

I’m excited to see what both companies will be announcing in the coming months, especially regarding international expansion. The Taiwanese scooter market is huge, but the rest of the world needs this technology too. Both companies have had time to test the waters locally, and I hope to see them heading westward soon.

Interestingly, both companies could be beat to the US by their Chinese electric scooter rival NIU. That company is currently pursuing a $95 million IPO on the NASDAQ, and plans to bring their newest line of electric scooters to the US sometime next year.

The future is bright for electric scooters, and I can’t wait to see what is coming next.

What do you think about all of these electric scooters and battery swapping standards? Let us know in the comments below.