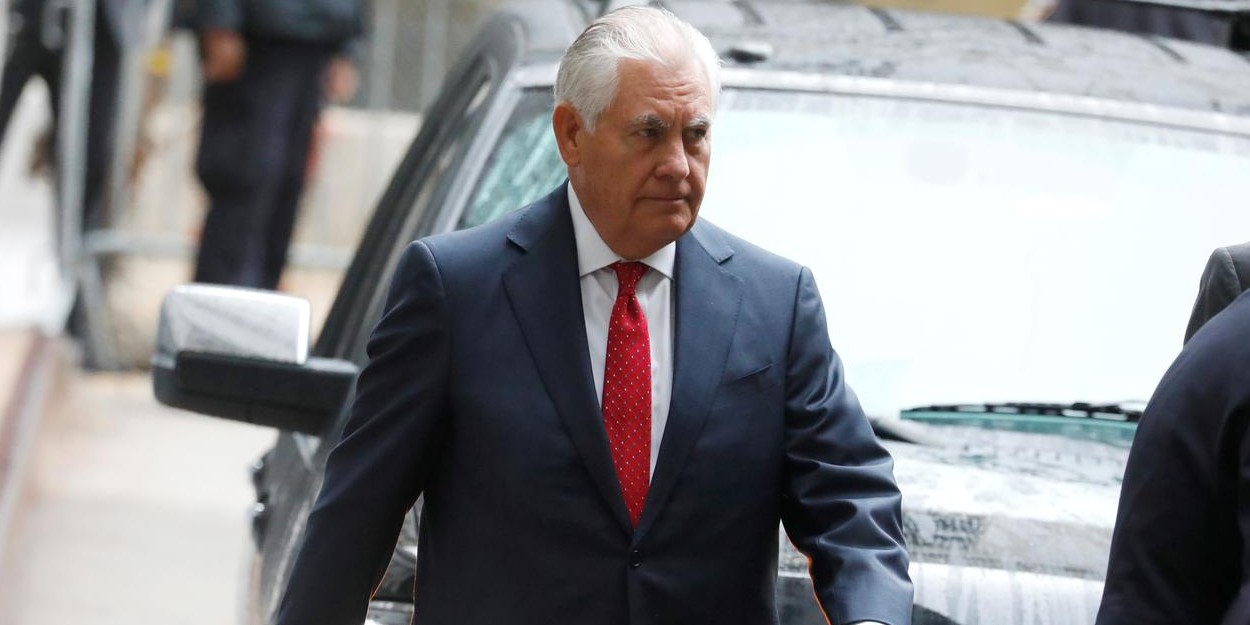 Former Exxon CEO (and former US Secretary of State under the Trump administration) Rex Tillerson testified today at the Exxon trial in federal court in New York. Tillerson served as Exxon’s CEO from 2006 to 2017.

Tillerson said he did not remember the climate costs being a determining factor in any decision made during his decade-long tenure at the helm of Exxon, which ended in 2016.

On Wednesday morning, Tillerson said several times that he did not recall email conversations with colleagues on the cost of carbon. During his time at Exxon, Tillerson used an email alias, calling himself “Wayne Tracker.”

Tillerson did, however, say that he supports the Paris climate agreement, which Trump announced during Tillerson’s tenure as secretary of state that the US planned to withdraw from, and that he favored a price on carbon emissions.

Martin Hoffert, a scientist consultant for Exxon Research and Engineering in the 1980s, confirmed to Representative Alexandria Ocasio-Cortez (D-NY) that as far back as 1982, the oil giant knew that the burning of fossil fuels would cause CO2 levels to rise, and thus raise the temperature of the earth.

As Electrek reported on October 23, “The State of New York is suing the Big Oil giant on charges that the company misled its investors about the climate crisis.” Or specifically, as Reuters explains:

Exxon falsely told investors it had properly evaluated the impact of future climate regulations on its business using a “proxy cost” of up to $80 per ton of carbon emissions, but internally used figures as low as $40 per ton or none at all.

It says Exxon caused investors to lose up to $1.6 billion.

Exxon said in an email to Electrek that the court case is “misleading.”

YouTuber Jimmy Donaldson, aka MrBeast, who posts videos of stunts on the platform, was challenged in May on Reddit to plant 20 million trees to celebrate reaching 20 million subscribers on his YouTube channel.

So he got together with other YouTube stars and launched #teamtrees on October 25. The project has a target of raising $20 million to plant trees around the world. Each tree costs $1.

Tesla CEO Elon Musk asked MrBeast about the project on Twitter, and then in response to YouTube star Marques Brownlee, committed to donating 1 million trees on the spot. He then changed his Twitter name to “Treelon.”

Elon followed through on his promises today:

The Rocky Mountain Institute (RMI) released a report yesterday called “Breakthrough Batteries: Powering the Era of Clean Electrification” that asserts that transition to green energy is happening faster than originally predicted. And as a result, it could hinder natural gas growth.

These investments will push both Li-ion and new battery technologies across competitive thresholds for new applications more quickly than anticipated.

This, in turn, will reduce the costs of decarbonization in key sectors and speed the global energy transition beyond the expectations of mainstream global energy models.

These changes are already contributing to cancellations of planned natural-gas power generation. The need for these new natural-gas plants can be offset through clean-energy portfolios (CEPs) of energy storage, efficiency, renewable energy, and demand response.

RMI predicts that natural-gas plants that already exist could cease to be competitive by 2021.