Emflux has just dropped new specs and details regarding its upcoming electric motorcycle, the Emflux Two, which is designed to be a more affordable version of their (other) upcoming Emflux ONE electric superbike.

It was just a couple of days ago that we first got wind of a new, more affordable electric motorcycle coming our way from Emflux.

Word on the street was that the Emflux ONE electric superbike would be followed by the aptly-named Emflux Two and that the R&D for both was running a bit behind schedule.

Now the Bangalore-based electric motorcycle startup has confirmed both to be true. And in doing so has given us more behind-the-scenes info on the company and its bikes than we’ve ever seen before.

Emflux first confirmed that yes, they are running a bit behind schedule.

While they had hoped to get the Emflux One out on the road this year, it looks like it won’t make it until next year.

A big part of the delay appears to have been the company’s insistence on developing everything in-house instead of relying on a long list of suppliers to piece together their bikes.

As Emflux described it:

“The Emflux ONE is an Electric Superbike that’s being indigenously developed in-house from scratch by a young team of Designers and Engineers in Bangalore. Building a product from the ground up is a task that requires tremendous amounts of skill, care, attention, and iteration, and this increases ten-fold in the case of a motorcycle. Every single thing is critical when it comes to design and engineering, considering that one tiny detail overlooked or one small component badly engineered by the company could prove fatal to the consumer. The list of problems to be solved is nearly endless, and getting through all of this takes time.

It’s easy to source parts from other companies, put them together, and call it a product, but we aren’t satisfied with this approach. We want to give the people of India a world-class product, and we want to do it our way. Absolutely no compromise. There’s a bright side to this, however. Taking this approach as given us tremendous amounts of knowledge and experience, and we are now in a stage where we can build just about any sort of vehicle with the technology we’ve indigenously developed for the Emflux ONE.”

And that’s where the next big piece of news out of Emflux comes in.

The company confirmed that they aren’t just working on a second motorcycle, they are technically working on a third as well. The Emflux TWO and TWO+ are set to be the next in line electric motorcycles, after the Emflux ONE.

Both are designed to be more affordable than the Emflux ONE, which is projected to sell for a price just shy of US $9,000 in India. 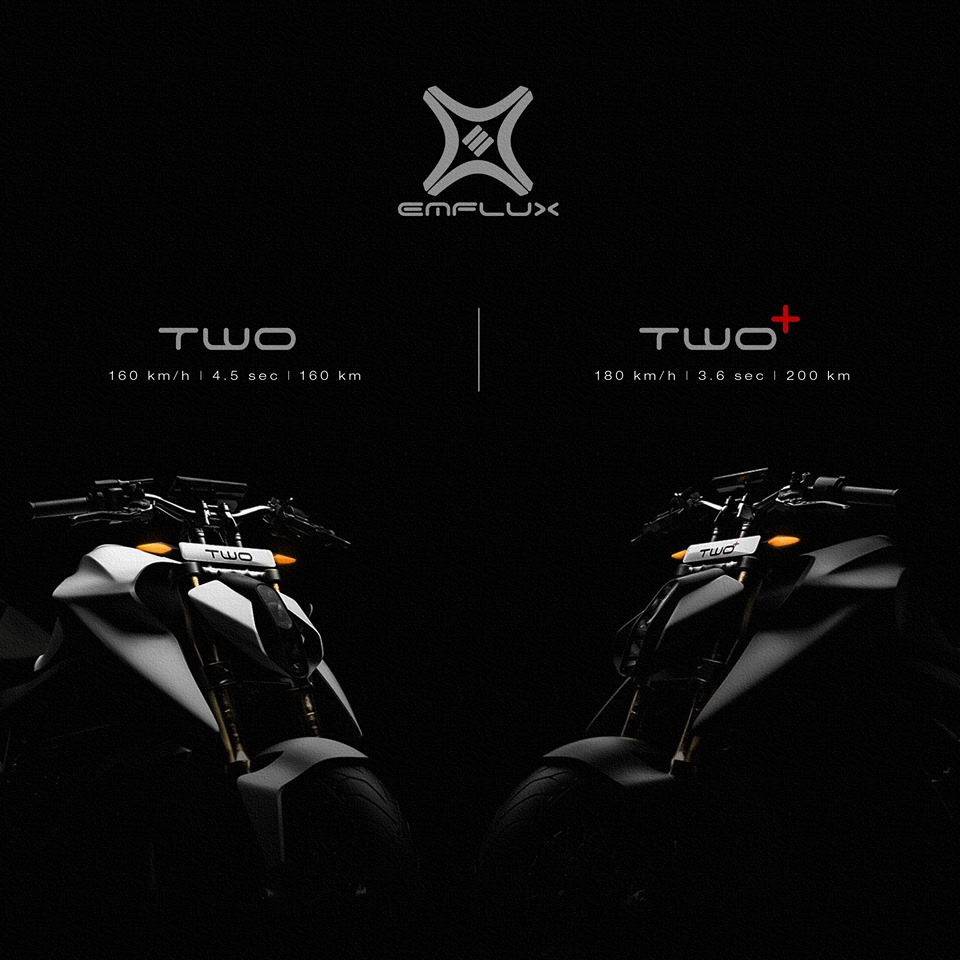 “We’re doubling down on our promise by creating not one, but two new beasts from the same gene pool as the Emflux ONE, one more affordable than the other. Presenting the Emflux TWO and TWO+, a pair of lethal electric street-fighters designed to decimate the competition with nothing but a whisper. Consider this our first step towards reaching more people with our technology. More details will follow in the coming months.”

It’s not like there aren’t good options for affordable electric motorcycles in the US, mind you.

But with an increasing number of interesting Indian-developed electric motorcycles on the horizon, I’m quite optimistic about what’s to come in the near future. And it also looks like I’ll have a number of additions to make to the 2020 version of my industry guide book, Electric Motorcycles 2019. Let’s just say it looks like the electric motorcycle industry will keep me pretty busy for a while!