We first met Swagtron last year when we tested out their pair of budget-level folding electric bikes.

As much fun as the $429 EB1 and the $499 EB5 folding e-bikes were, they might not cut it for someone who wants a full-size electric bicycle.

Now Swagtron is back to answer the full-size e-bike call with its new EB9, EB10, and EB11 electric bicycles. All three are priced at $999, which puts them well below most electric bicycles on the market. 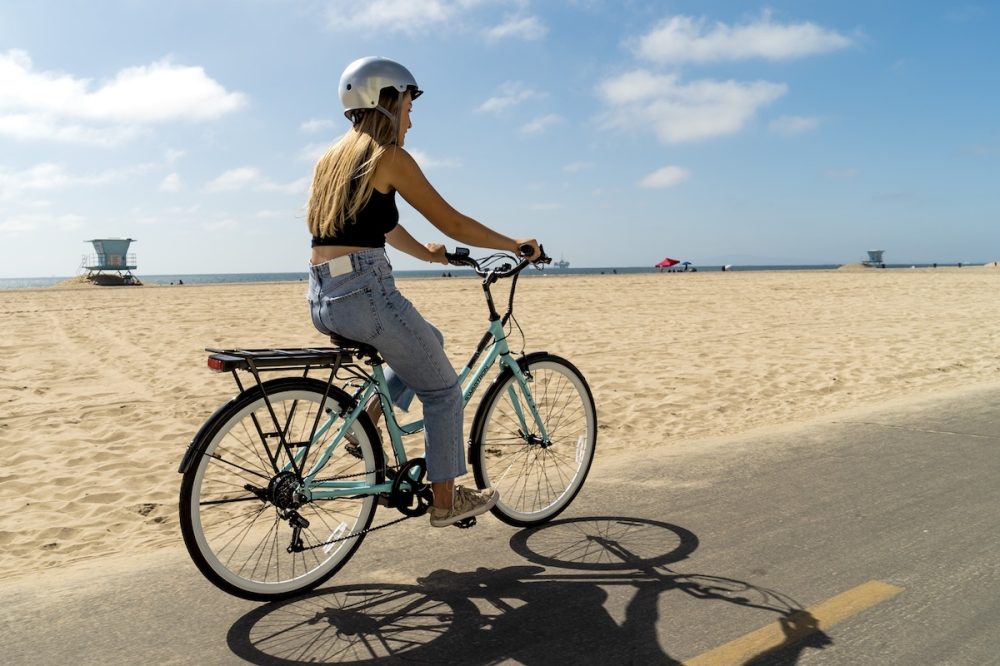 Speaking of pedaling, riders get a 7-speed Shimano drivetrain, which should help flatten out hills and pile on the speed for straightaways. 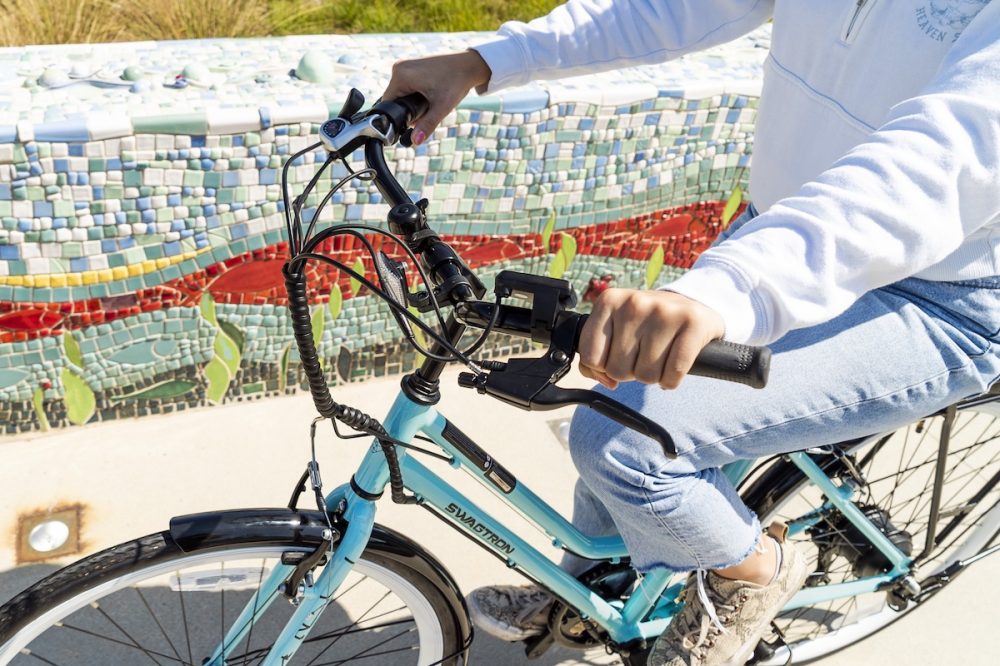 The Swagtron EB9 has no suspension, but it includes a coil-sprung saddle to offer a bit of bump protection for the rider. The 41.63 lb (18.9 kg) e-bike can support a maximum weight of 264 lb (120 kg). It is available in aqua blue color and is priced at $999. The bike is available from Amazon or Swagtron’s site.

The EB10 employs a step-through frame while the EB11 is a standard full-size cruiser frame. 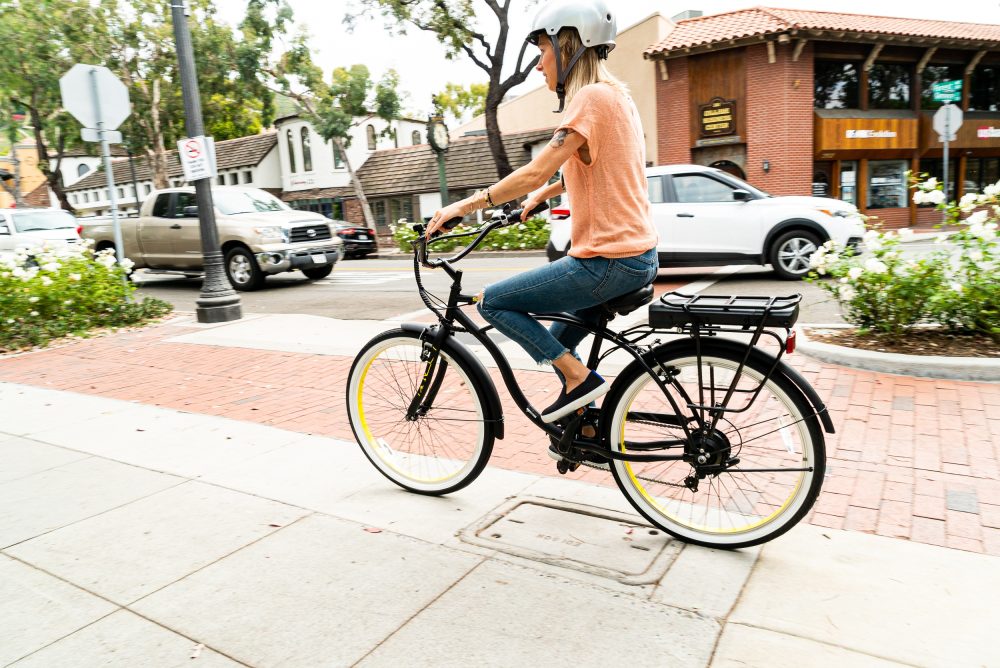 The pair of bikes offer the same 7-speed Shimano drivetrain as the EB9 above. The Swagtron EB10 is available in a gold and white color scheme while the EB11 would make a bumblebee proud with its black and yellow paint job.

Both are priced at $999 and available on Amazon or Swagtron’s site. 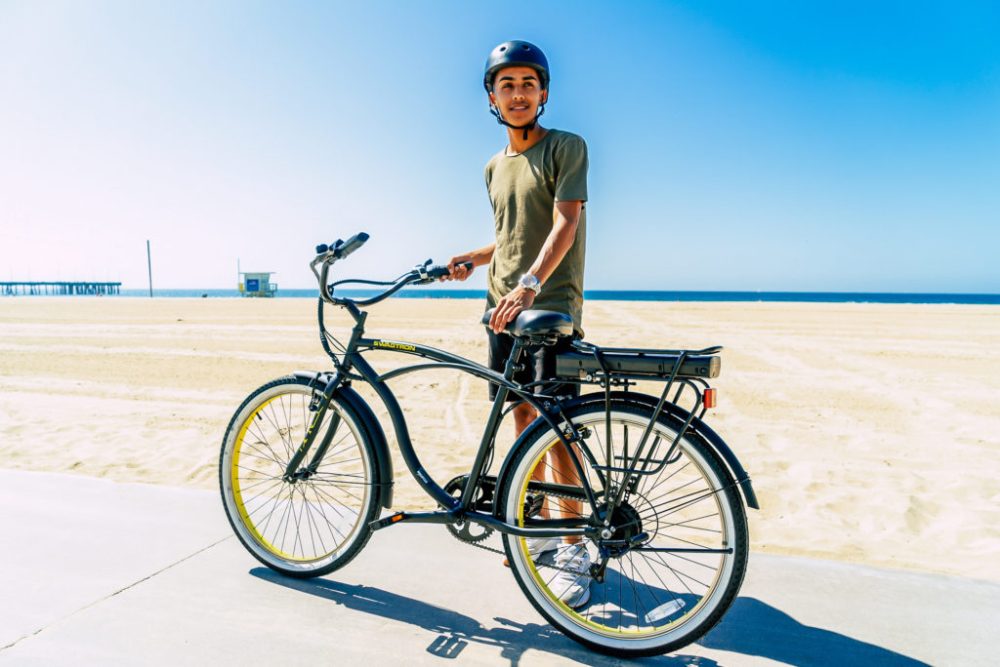 It was only two months ago that Swagtron rolled out its first full-sized electric bike, the EB12. That bike took on a hipster-spec fixie-style e-bike.

We actually got our hands on one of the first bikes and tested it out for a full review. Check out the video below to see it in action:

I’d be lying if I said I wasn’t a Swagtron fan (though I’m still not feeling the name).

They seem to have wiggled themselves into a comfortable niche of bikes with mid-range performance for surprisingly low prices.

Are they great bikes? No. But are they good bikes? Definitely.

For anyone on a budget that wants a full-size e-bike, these would make a fine option. They surely can’t compete with the power or speed of an e-bike from Rad Power Bikes, but those bikes also cost 50% more than one of these Swagtron e-bikes.

However, Swagtron is starting to feel the crunch from the bottom in the form of budget e-bikes from box stores like Walmart. Take the $899 Schwinn EC1 e-bike. Here we’re not only looking at an e-bike with similar specs to the Swagtron EB10 and at a $100 lower price, but it’s also sitting there in Walmart stores for folks to test out in person.

So while these new Swagtron e-bikes certainly look like fun, the competition in this sub $1,000 e-bike class is growing quickly.

As always, we’ll try to get our hands on these new Swagtron bikes ASAP to see how well they perform in real life with a deep dive review. Keep checking back for that, and in the meantime be sure to let us know what you think of the bikes down in the comments section below!