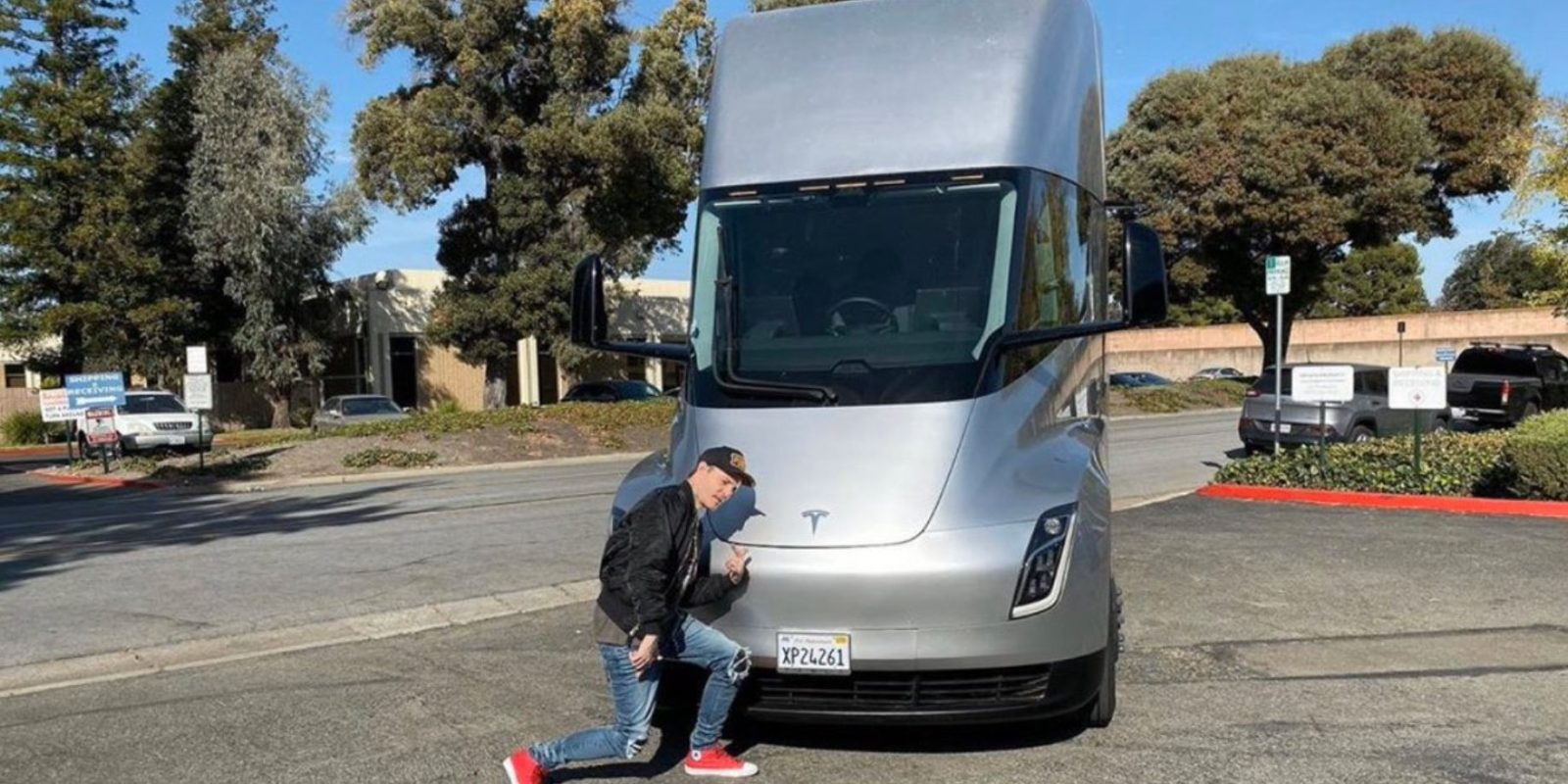 Deadmau5, a DJ and music producer, announced that he is getting a Tesla Semi electric truck to turn into a mobile music studio for his 2021 tour.

Tesla expects that the price and specs will enable a cost of operation of $1.26 per mile, which should result in Tesla Semi providing $200,000+ in fuel savings and a two-year payback period.

Those numbers would revolutionize the transport industry in a big way, but several people have also seen an opportunity to use the electric truck for other purposes than just normal freight.

Deadmau5 is one of those people now.

He got a close look at the Tesla Semi prototype and said that he would use the electric truck as a mobile music studio for his 2021 tour:

.@Tesla okay… this thing rips. Count me in for the 2021 tour / mobile studio @elonmusk pic.twitter.com/d67n9fmq2g

The DJ, who has been a Tesla owner since 2015, would like to make his tour bus go all-electric, but 2021 might be difficult to make it happen.

It was supposed to be released in 2019, but it has been delayed.

The company is focusing on bringing the Model Y to market, and it is forcing Tesla to delay the launch of the production version of the Tesla Semi until the end of next year.

We estimate that Tesla also already has over 1,000 reservations for the truck, and it may take a while to get through the backlog.

Last year, CEO Elon Musk said that they found opportunities to extend that range during testing, and he said that the Tesla Semi production version will have closer to 600 miles of range.

This is a great idea.

Many people have talked about turning the Tesla Semi into a mobile home, so I could definitely see it working as a tour bus.

A mobile music studio would be cool, too.

With an 80,000-pound capacity, there’s a lot you could do. The opportunities are ripe for someone with a little imagination.

He could turn anywhere into his own venue.

I think we are going to see a lot of creative people use the Tesla Semi for things we can’t even imagine right now. Exciting times.