During Tesla’s 2019 Shareholders Meeting, Elon Musk gave a slight update to the timelines for the Tesla pickup truck and Tesla Semi truck.

As he has done recently, the CEO boasted again about Tesla’s extensive product lineup, but he warned that they don’t plan to add complexity to their lineup until they can scale battery production.

He reiterated that they currently need to extensively increase battery cell production.

Musk says that they are “managing the product rollout based on scaling battery production” and they can’t introduce new vehicles until this is solved.

With this caveat in mind, the CEO nonetheless offered a slight update to its production lineup timeline: 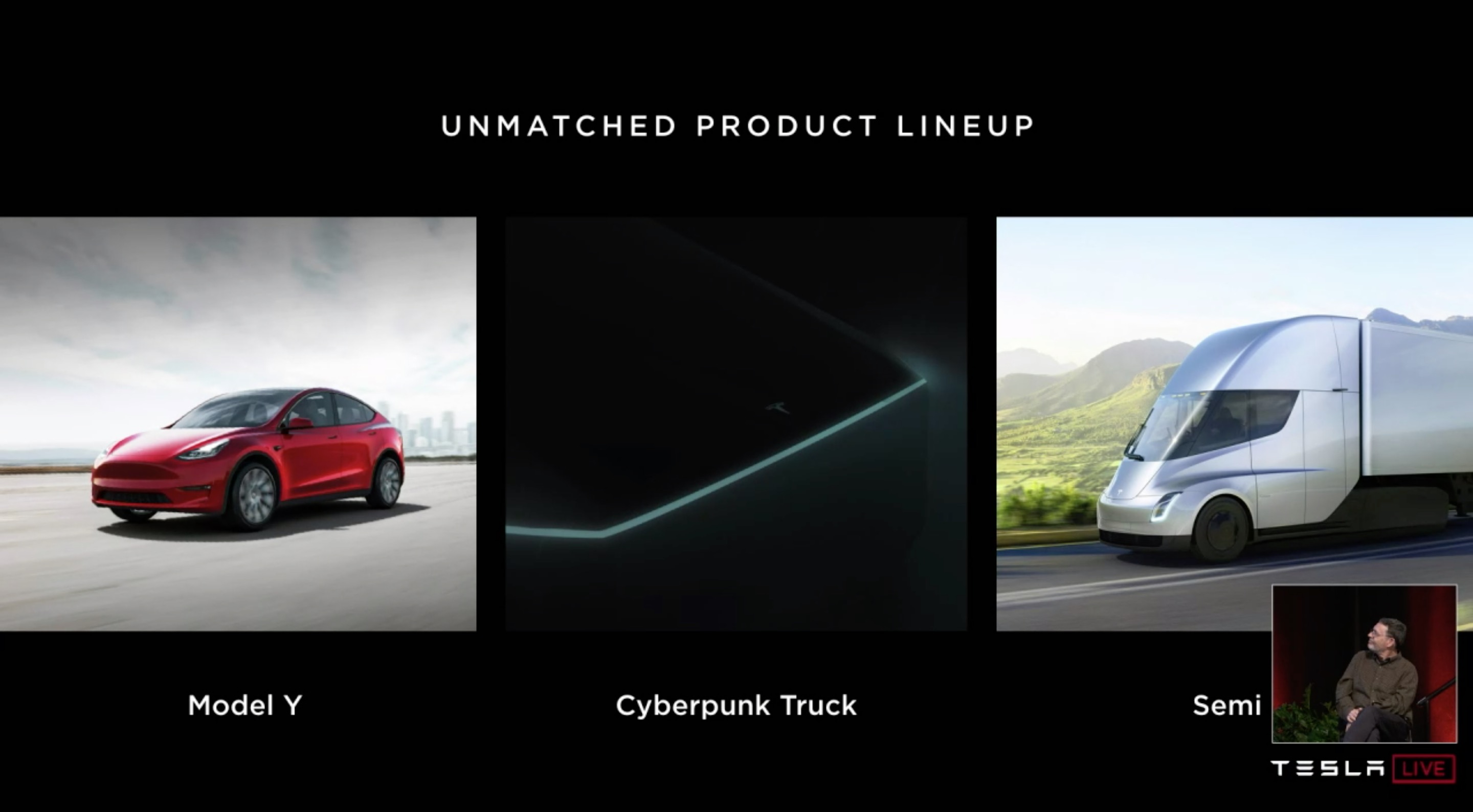 Musk reiterated that Model Y, which is the priority after Model 3, should come in the fall of 2020, but he said that they actually have a more aggressive internal timeline.

Tesla has mostly confirmed that Model Y will be built in Fremont.

As for the Tesla pickup truck, which he referred to as the ‘Cyberpunk Truck’, he still didn’t offer a timeline to production, but the order they are displayed above might be an indicator.

He reiterated that Tesla hopes to unveil the electric pickup truck near the end of Summer 2019. 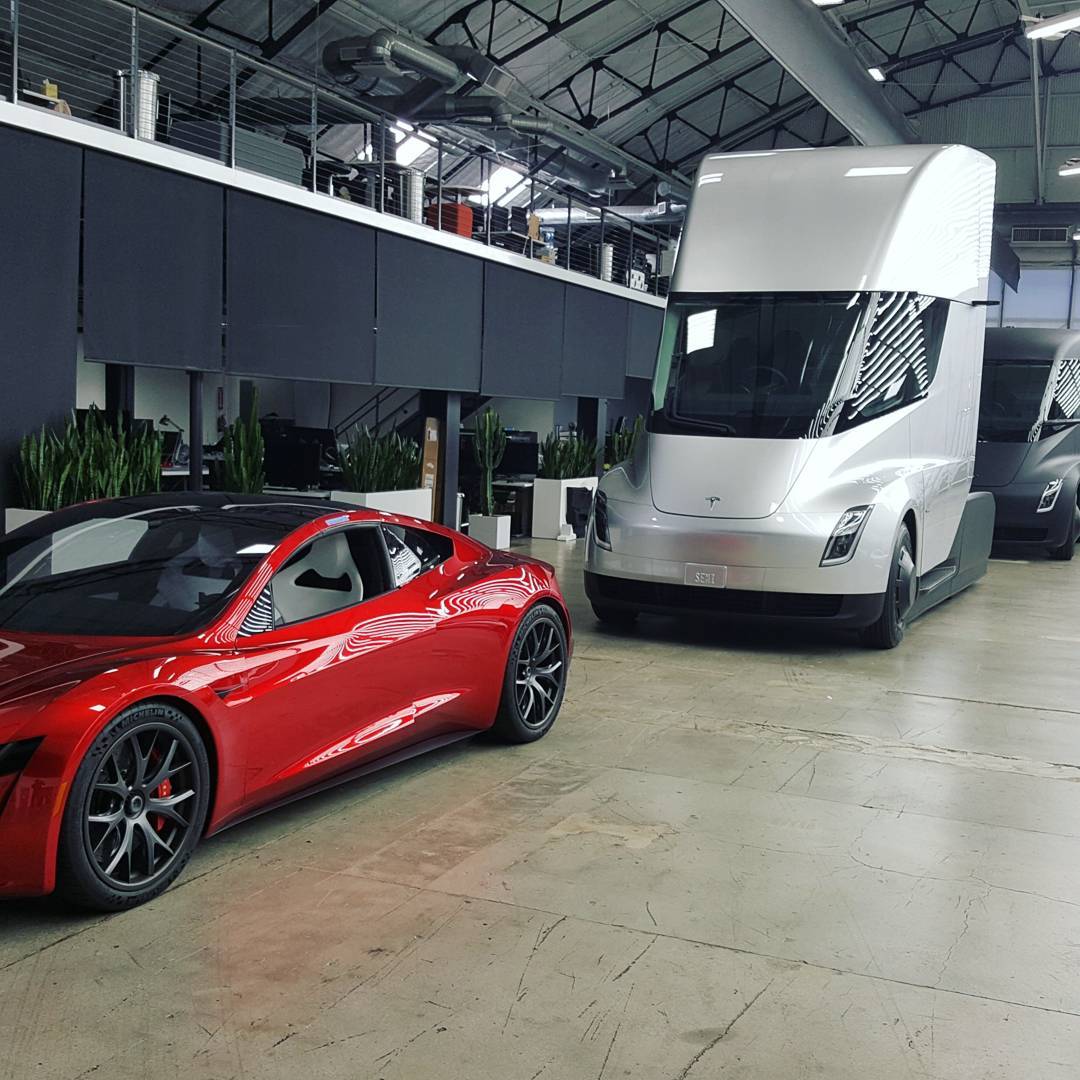 As for the Tesla Semi, the automaker recently confirmed that the electric semi truck’s production has been delayed to next year after being originally planned for 2019.

Today, Musk added that he is “looking forward” to bringing Tesla Semi to production around “the end of 2020.”

The next-gen Roadster was included in Tesla’s “unmatched product lineup”.

The CEO recently tempered expectations on the timing of production for the new Roadster – saying that it isn’t a priority.

When unveiling the prototype back in 2017, Musk said that they were planning deliveries in 2020 and Tesla started taking reservations.

For more details about the new information released and discussed by Tesla at their shareholder’s meeting today, you can visit our Tesla Shareholder’s Meeting News Hub.