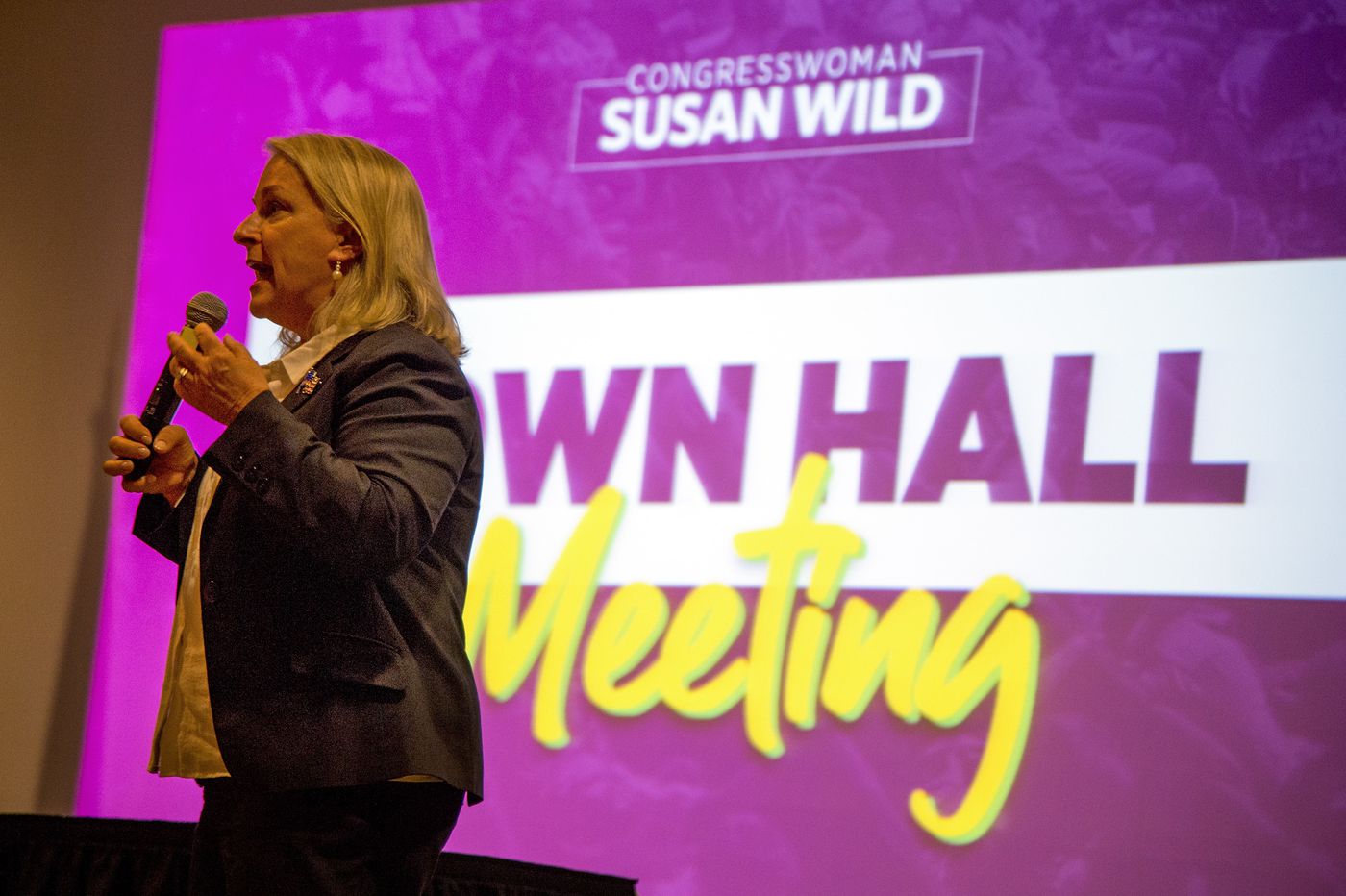 Representative Susan Wild (D-PA) (above) of the moderate 7th Congressional District held a town hall meeting on October 2 in Allentown. Pennsylvania will be a swing state in the US 2020 presidential election, so Wild’s town hall of 225 attendees was a good case study for gauging Americans’ opinions on various topics.

So, you might assume that the only thing people would want to talk about would be Trump’s impeachment inquiry, right? Wrong — far from it. Lehigh Valley Live reports:

Climate change came up repeatedly, with some passionate questions about lethal effects of pollution and its impacts on mental health and well-being. Wild declined to pledge support for the Green New Deal offered by some in the House, calling it a wonderful statement of aspirations and goals and useful as a call to action, but short on specific legislation. She pledged support for House Resolutions 9 and 763.

House Resolution 9 is the Climate Action Now Act. It “requires the president to develop and update annually a plan for the United States to meet its nationally determined contribution under the Paris Agreement on climate change.”

House Resolution 763 is the Energy Innovation and Carbon Dividend Act of 2019. “This bill imposes a fee on the carbon content of fuels, including crude oil, natural gas, coal, or any other product derived from those fuels that will be used so as to emit greenhouse gases into the atmosphere.”

“There is no question that a substantial majority of people in the House are focused on issues that have nothing to do with impeachment,” Wild said. It seems like moderate people want less talking about Trump and more action on serious issues.

If you pay higher carbon taxes, you’ll have to go green

Economists agree that taxing carbon pollution works when it comes to addressing the climate crisis. You hit companies and people in their wallets, they’ll act.

A new model, published in the Proceedings of the National Academy of Sciences in the United States of America, concludes that carbon tax should start high — above $100 a ton — and eventually come down. This bucks previous beliefs that it should start low and rise. Why? MIT Technology Review explains:

The higher the price is at the start, the more rapidly nations and businesses will develop and deploy cleaner ways of doing things, says Gernot Wagner, an author of the paper and associate professor at New York University’s Department of Environmental Studies.

That also means the price on carbon can start to decline sooner, as more and more of the economy shifts to systems and sources that no longer pump out emissions. But in addition, the world will simply learn more about the exact impacts of climate change, and what it takes to address them.

Also, the longer we wait to raise taxes, the more it costs the world:

Another notable finding from the model is that the cost of putting off a carbon price rises at a staggering rate the longer we delay. If we wait a year to implement an effective carbon tax, the estimated cost of additional climate-change impacts will reach approximately $1 trillion. If we wait five years, that swells to $24 trillion. A 10-year delay could cost the world $100 trillion.

If the White House had solar panels (wait, it does)

American University radio WAMU figured out how much power Washington landmarks could generate if they hosted solar panels. They used data from the District Department of Energy & Environment. Here are a couple of standouts:

US Capitol: An estimated 780 kW of energy, enough to power 110 homes and offset 799 tons of carbon. That amounts to an estimated average yearly revenue of nearly $250,000. The net cost would be $1.2 million. DOEE estimates it would take nearly three years for yearly revenue to recover those costs.

Washington Monument: It might be tall, but there’s not a whole lot of roof space, and aesthetically, covering the building in solar panels might not go down so well. The obelisk would produce 2.9 kW of solar energy. So it would power a half a house and offset 2.78 tons of carbon. It would cost $6,111 after the federal tax credit and bring in about $862 on average in annual revenue. DOEE estimates it would take nearly four years to recover costs.

White House: Guess what? It already has solar. Jimmy Carter had 32 solar panels installed in 1979. Those panels helped heat the White House’s water for seven years until Ronald Reagan had them taken down in 1986. President George W. Bush installed panels in 2003 to heat the pool, spa, and domestic hot water. And in 2013, Barack Obama installed even more.

WAMU isn’t sure whether the figures they cooked up take into account the existing panels, but here are the White House’s statistics:

According to DOEE, adding a solar system to the White House would generate an estimated 140 kilowatts of energy and bring in roughly $46,200 annually in revenue. That equates to a carbon offset of 149 tons, or planting nearly 3,500 trees. The system would cost around $216,000 and would take an estimated two years and 10 months to pay back.

Phoenix is huge, it’s hot, and it has a lot of air conditioners (its population was 4.5 million in 2016). So two years ago, the Arizona chapter of the American Institute of Architects launched a net zero energy home contest. The plans will be given away to home builders for free.

This week, Marlene Imirzian & Associates won the contest. The home they designed came in well below the Home Energy Rating System contest goal of 30. The home is 2,185 square feet and would cost $347,486. And no air conditioning is needed! Inman explains:

Using high-end reflective glass in windows and doors, a one-piece leak barrier that runs under the roof and behind walls to eliminate air passage, a solar chimney and retractable shades, the designers eliminated the need for an air conditioner.