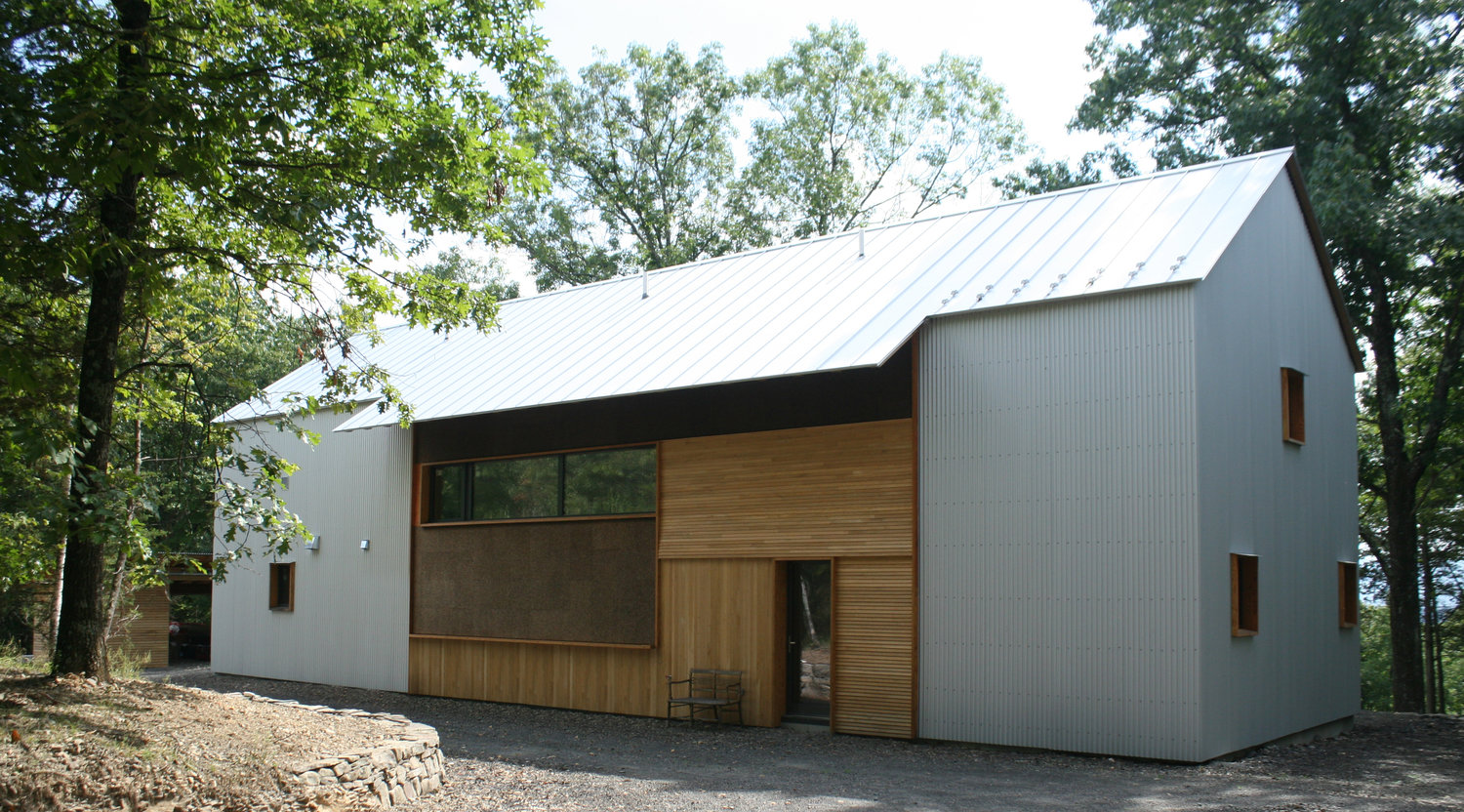 What happens when you combine vernacular beauty with energy efficiency? The Accord Passive House (pictured), designed by North River Architecture & Planning. The house, located in Accord, in New York’s Hudson Valley, has achieved PHIUS+ certification.

The house has a 9 kW photovoltaic array on the roof, making this a “Net Zero building capable of producing more energy annually than the building requires.”  Its landscaping also requires no irrigation.

The architects were inspired by traditional farms, as Inhabitat explains. “As with traditional farm buildings, the construction materials were selected for longevity, durability, and low-maintenance properties.”

For a slideshow of the house, and to learn more about this great case study of sustainable residential living, visit the architect firm’s website here.

US military goes for green

The US military is moving toward adopting more sustainable energy, and retired US Air Force Major General Rick Devereaux, the former director of operational planning, policy, and strategy, explains why (as per Yale Climate Connections):

Local grids can go down. So the military is moving toward more green or sustainable energy sources on its bases — whether that be wind or solar, geothermal power, in some cases, biofuels.

The steps are being taken to both plan for the impacts of climate change and to move toward more resilient renewable clean energy sources. Because military planners don’t have the luxury of playing politics on the issue. They know that they have to do what’s required to ensure our country is kept secure and safe.

For example, 40% of Fort Hood, Texas, is powered by clean electricity. The post has an onsite solar farm, solar panels, and wind turbines.

Organic Valley is the largest cooperative of organic farmers in the US. And by working with other partners to create the Organic Valley Community Solar Partnership, they created the Butter Solar Project — achieving 100% renewable energy. (Why’s it called Butter, you ask? It’s a dairy and egg cooperative.)

Richard Heinemann, an attorney for the UMMEG, confirmed that its decision to join the partnership lies in the economics: “It’s a signal that green energy is, from a cost standpoint, competitive [with fossil fuel sources].”

Located in Wisconsin and Minnesota, “The Butter Solar Project consists of 32 megawatts installed at 10 locations feeding into 13 municipal utilities in three states.” Six Midwestern communities and 23,000 individuals benefit from reduced energy costs and cleaner energy options as a result.

Dan Charles, NPR’s food and agriculture correspondent, and NPR’s All Things Considered host Ailsa Chang had a conversation about the importance of utility companies‘ role in fighting climate change. Here are some highlights from their conversation:

Chang: Why are electric utilities so important in fighting climate change?

Chang: We keep hearing about how, like, solar and wind energy are, like, the cheapest sources of energy. So why aren’t utilities going all-renewable?

Charles: That was the question I asked Duke Energy [he visited them in North Carolina], and the utility kept insisting that a big, fast shift right now to renewables would make electricity more expensive. Remember, up till now, most utilities have not had to include in their accounting any cost to the environment, just cost to the consumer. If they got hit by something like a carbon tax, suddenly, coal and natural gas would be way more expensive, and solar would look a lot cheaper. We don’t have that now.

But there’s another reason why utilities are not super excited about going all in. This is kind of a paradigm shift for utilities. It complicates their job because, remember, they can’t control the wind and the sun the way they do coal and gas plants.

But now they’re saying, well, maybe we should come up with new rules that say, for instance, electric utilities can charge consumers not just for generating the power, but also for things like energy storage or time shifting demand for power, phasing out fossil fuel plants early. Basically, make it profitable to cut carbon emissions. They’re starting to do that in places like New York or Minnesota, Colorado.