A Florida man is finally being brought to justice after cutting hundreds of brake lines on shared electric scooters.

The man, identified by the Fort Lauderdale Police Department (FLPD) as 59-year-old Randall Thomas Williams, was arrested on September 29.

According to the FLPD, the man is accused of severing the brake lines of over 140 electric scooters in close vicinity to one another in Fort Lauderdale.

Such electric scooters are spread over many cities around the US and the world. They can be found free-floating in cities and can be rented inexpensively by the minute.

And with the increasing availability of sub-$300 electric scooters for consumer use, more private scooters are being found on the streets and at bike racks as well. 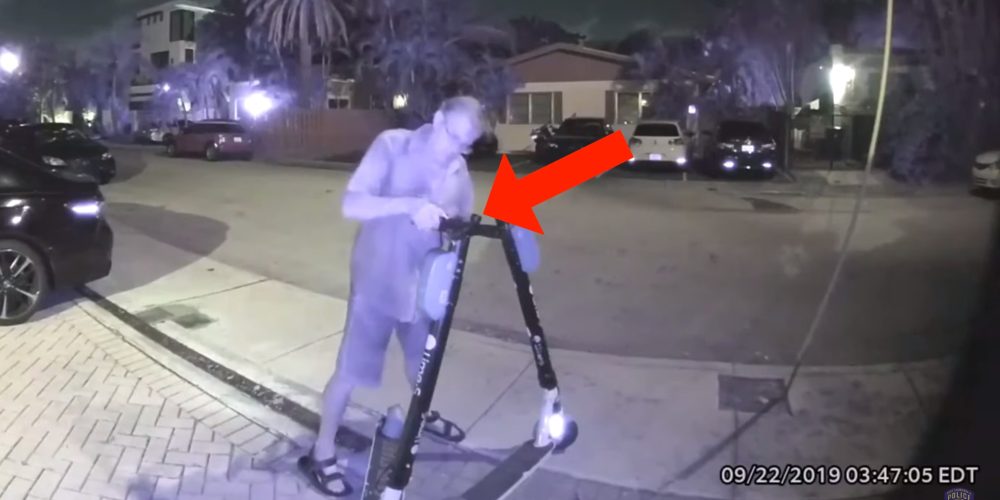 Immediately after his arrest, 20 additional electric scooters with severed brake lines were located nearby, the FLPD said in a statement:

On September 29, the Fort Lauderdale Police Department arrested an individual in the act of tampering with several electric scooters. Further investigation revealed a total of 20 scooters were located nearby with severed brake lines. The suspect has been identified as Randall Thomas Williams, W/M, DOB 6/30/1960, a resident of the City of Fort Lauderdale. Thomas has been charged with Criminal Mischief, a third degree felony.

In a video released by the FLPD (seen above), a man identified by the FLPD as Thomas can be seen approaching two Lime scooters and inspecting their brake levers before removing something from his pocket and manipulating the brakes. He then tests the brakes on both scooters to confirm their inoperability and walks away.

The man then returns just seconds later and proceeds to manipulate the wires on the bottom of the scooter as well with the same device. He then checks the brakes again and leaves.

Those lower wires are a second access point for the brake cable as well as for other electronic wires necessary for the scooter’s operability. 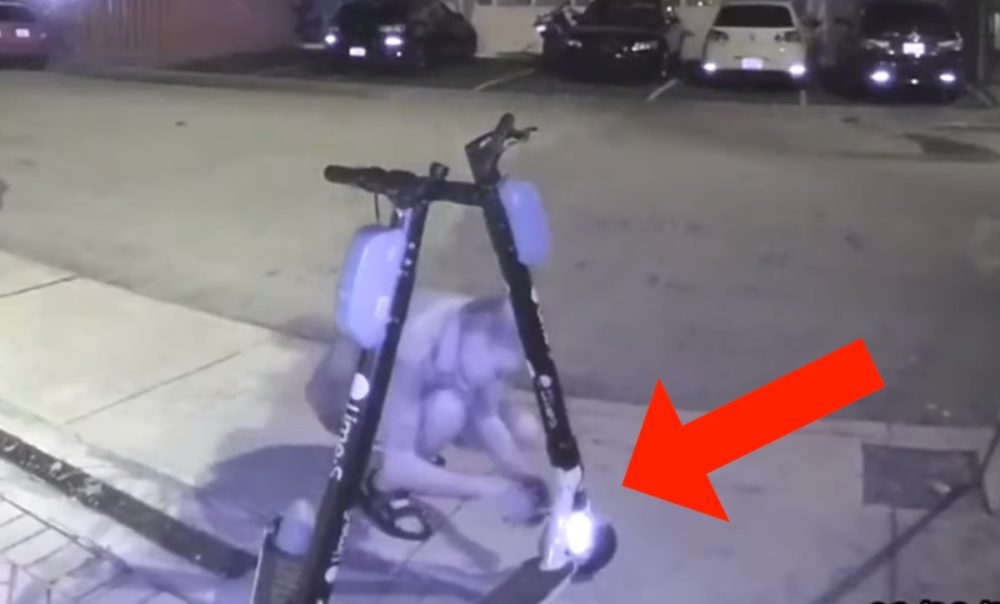 The entire act was filmed on a Ring doorbell camera, an inexpensive device that has proved increasingly common in solving various neighborhood crimes.

This is obviously a serious problem that goes past simple vandalism and enters the realm of public endangerment.

It would appear that these serial slicers that roam around cutting electric scooter brake cables are doing so as an act of protest against the e-scooter sharing companies, as opposed to other financially motivated vandalism such as stealing motors and batteries from the scooters.

It’s one thing to toss a scooter in a tree or into a river. It’s not great, though, it isn’t immediately dangerous, either. It’s another thing entirely to sever brake cables.

It’s not an exaggeration to say that this act could have caused fatalities, especially considering that many have already died on electric scooters that were functioning normally.

And the crime is quite common, with scooter companies dealing with severed brake wires in many markets around the world.

Fortunately, many e-scooters have sensors to detect cut brake lines, but the danger is still ever-present and the consequences can be fatal.

The arrest of individuals like this is a good start, but arrests are the exception, not the rule. And arrests won’t stop these occurrences. Rather, it is incumbent on the public to protest in a safe manner, and scooter companies to address the concerns of angered city residents.

For example, Electrek’s editor-in-chief Fred Lambert recently reported back that Lime electric scooters he used in Paris have GPS-based speed restrictions and no parking zones. Policies like these are being enacted in some markets, though thus far only in response to legislation requiring them.

In order to find a happy medium, it would certainly be nice if it didn’t take laws to force these companies to rein in scooters in certain areas of cities where they have proven to be more problematic.