As a heavyweight contender in the bicycle industry, Trek rarely seems to rest on its laurels when it comes to electric bicycles. This year they’ve added an entirely new line of e-bikes under the Allant+ group and are taking advantage of Bosch’s brand new powertrain updates to do so.

Trek is pitching its new Allant+ electric bicycle line as providing the perfect e-bike for commuting, everyday riding, and more.

As the company explained in an email to Electrek:

“Modes of transportation are ever-evolving, and today the latest iteration of Trek Bicycle’s family of electric bikes has arrived on the scene – the Allant+. Perfect for commuting and everyday riding, the new Allant+ pairs sleek design elements with the power and reliability of Bosch drive systems to help you ride further and drive less. It’s also a healthier and more environmentally friendly commuting option.” 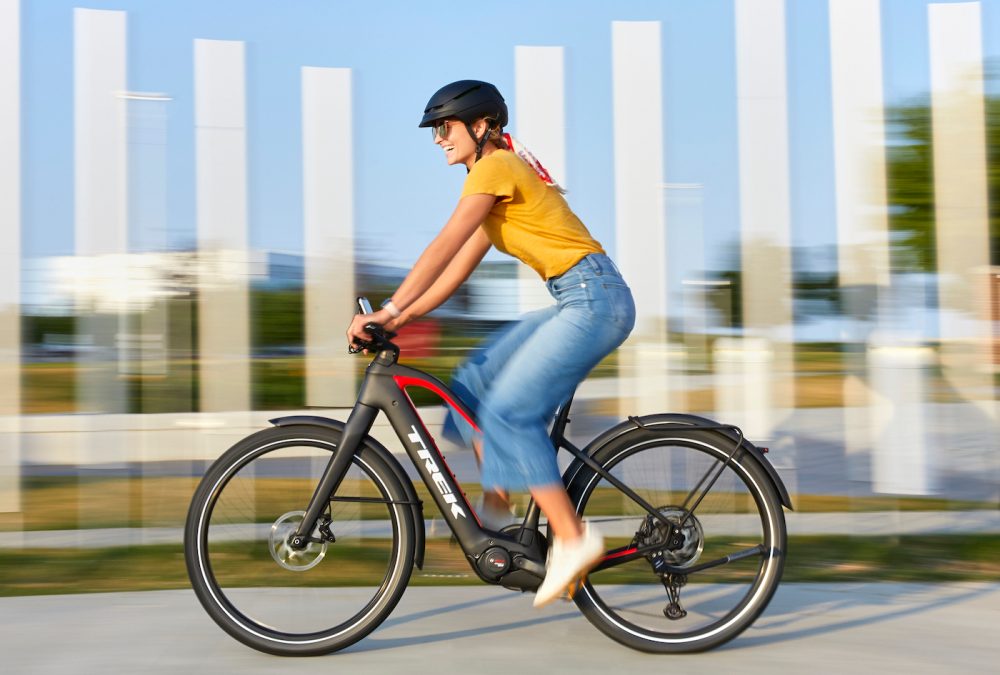 And to cover a number of different types of riding, Trek doesn’t just have one or two models in the Allant+ line, it has a whole slew of them: 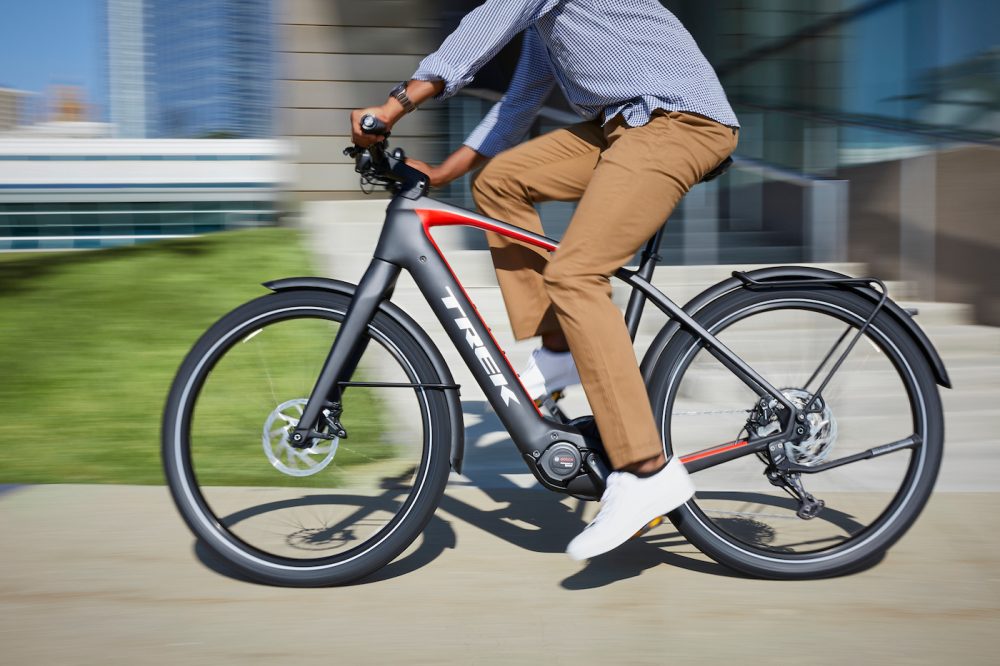 The Allant+ line uses Bosch’s latest electric bicycle powertrain set, including new motors that shave off the weight as well as larger capacity batteries to ride even further.

Trek uses what it calls its Removable Integrated Battery (RIB) system to hide the 500 or 625 Wh Bosch batteries inside the frame of the bike. And if 500 to 625 Wh isn’t enough battery for you already, Trek also offers the Range Boost add-on which adds a second battery to the downtube, doubling the bike’s range. 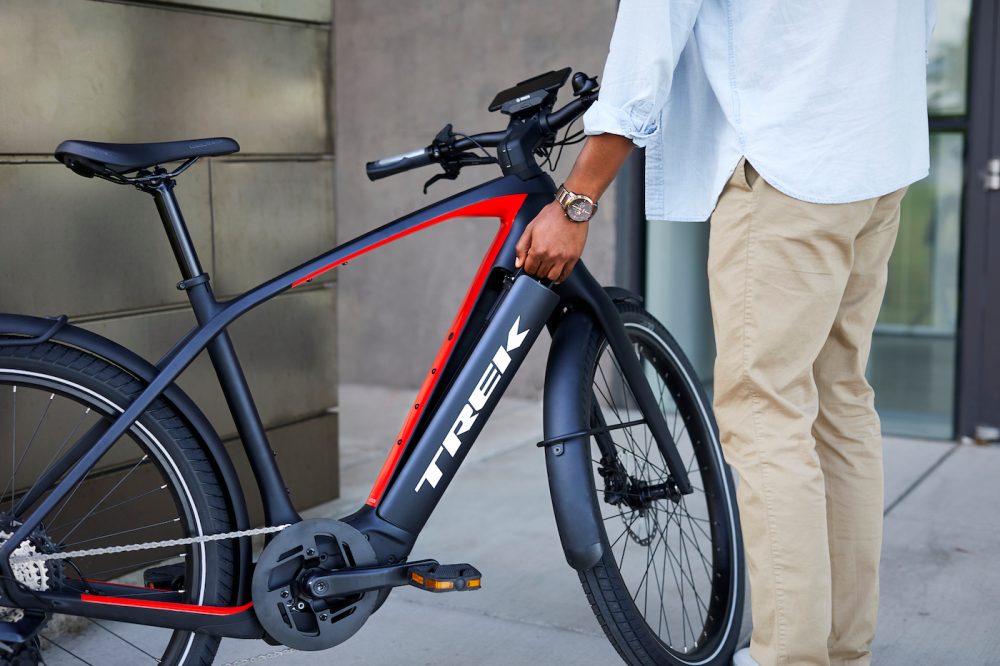 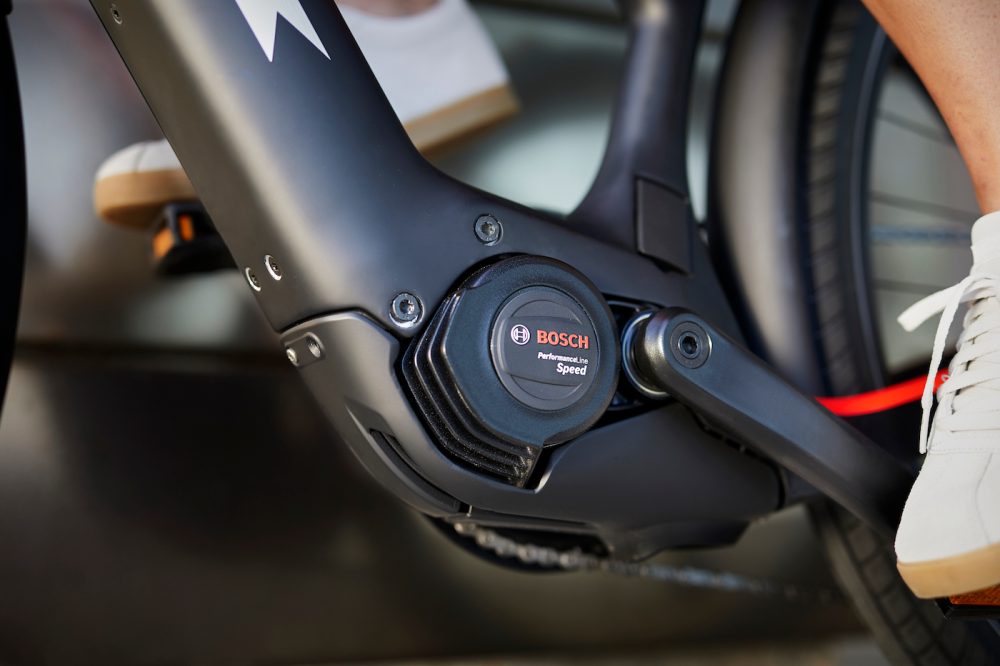 For $6,000, I’m a bit amazed that I’m not looking at a Gates Carbon Belt Drive or at least an internally geared hub here. And yes, I get it that the higher end of the Allant+ line uses Trek’s high quality, patented carbon frames. But is that really necessary? At over 50 lb (23 kg), this has got to be one of the heaviest carbon bikes I’ve ever seen, even if its a bit light for a high-speed e-bike.

That being said, the whole reason bikes like these exist is to give the market options. And Trek seems to be doing fairly well, so there are obviously people that are prepared to pay these prices for a high-quality bike and the comfort of a strong warranty combined with the opportunity for local service and support. Not to mention that Trek chose just about the most expensive Bosch system available for these bikes.

Sure, it’s easy to say “What the hey? I can get a bike that goes faster for less than half of that price!?”

There are tons of options on the budget end. I love Rad Power Bikes as much as the next guy, but I also know two things when I hop on a bike like that: 1) the quality is nowhere near this level and it isn’t going to last as long as a Trek bike will, and 2) if something ever breaks down the line, it’s going to be a hassle to get the bike worked on. Plus, if it’s after the warranty expires in a year, then I might have a brick on my hands.

I’m not saying I’m going to throw down three and half thousand bucks for a new Trek Allant+, but I can see how someone might want to if it’s in his or her budget.

For me? You’ve got to show me something pretty amazing to get me to fork over more than $2,500 for a city bike.