Produced by French startup Aevon, Le Cafe Racer is a mini-bike style electric bicycle that comes with a variety of options.

Just as the battery is customizable, so too is the motor. Riders can choose between a mid-drive motor or a hub motor, and each has its own set of advantages and disadvantages.

The mid-drive motor can be modified for anywhere from 250 W up to 1,000 W. The former is more common in Europe, where laws limit most street-legal e-bikes to 250 W. The latter is a more popular option in North America, where high power electric bicycles have found favor. The 250 W motor will be limited to 25 km/h (15 mph), but the 1,000 W motor will be able to reach speeds as high as 50 km/h (31 mph). 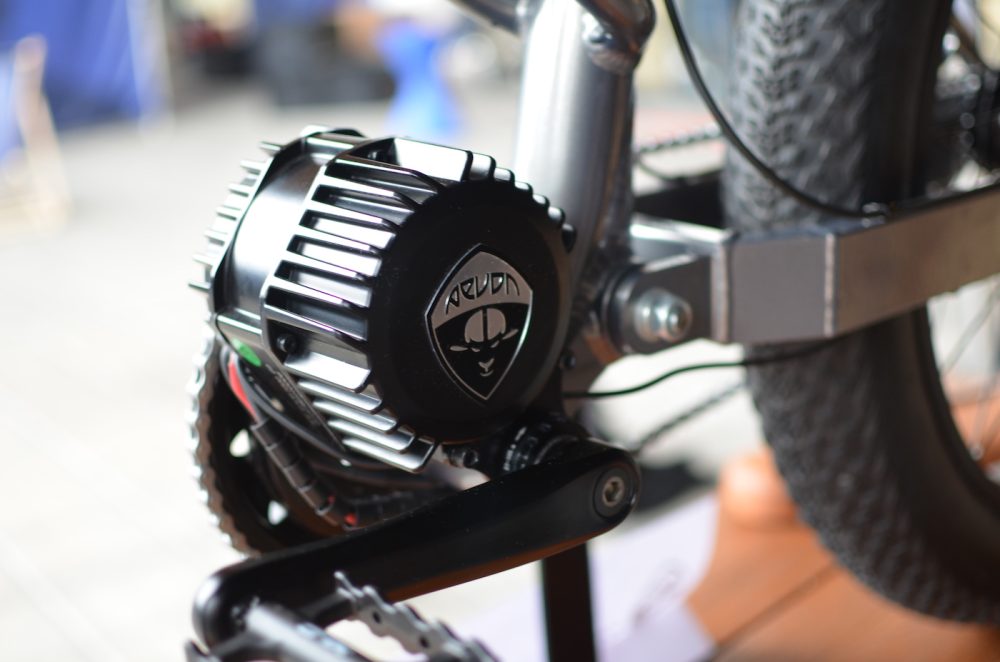 Range for the Aevon Le Cafe Racer is indicated as 80 km (50 mi). However, there is no word on at what speed that range is calculated. 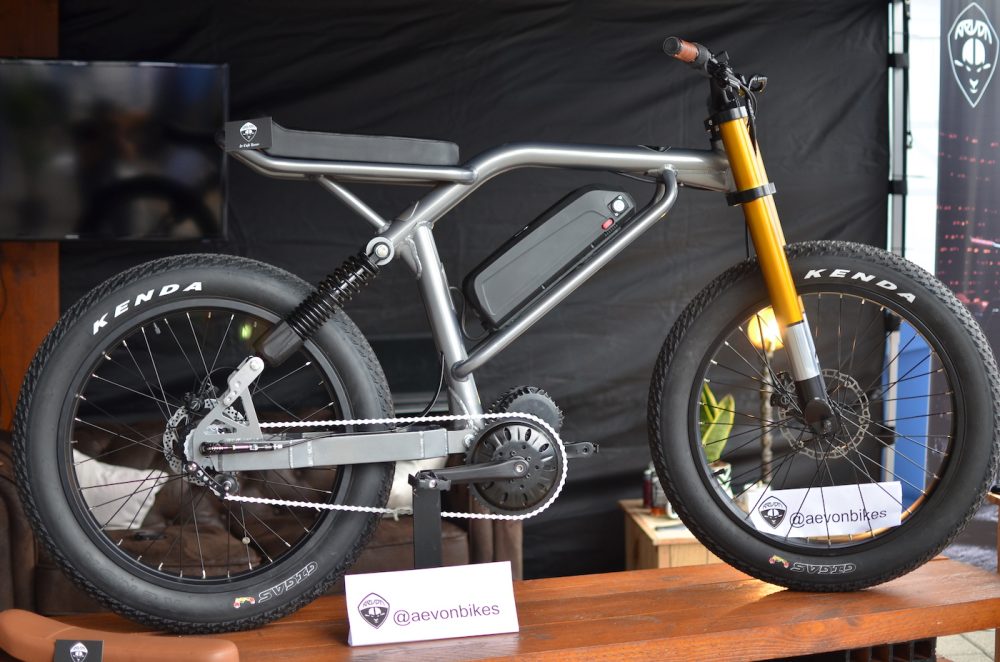 The bike is outfitted with some fairly nice components, as well.

However, there’s no front suspension. What appears to be an inverted suspension fork is actually a deceptively styled rigid dual-crown fork.

The frame itself is styled similarly to other popular mini-bike e-bikes such as the Super 73 that we recently reviewed. Compared to those non-suspenion mini-bikes, the added rear suspension will likely be seen as a comfortable upgrade for some. On the other hand, the rather high seat height of around 89 cm (35 inches) might be a bit limiting for shorter riders though.

Aevon is currently looking for distributors for the Le Cafe Racer, so you might be seeing this bike coming to an e-bike dealer near you early next year.

I’m actually a big fan of these mini-bike style e-bikes. I’m not sure this one is really much of a cafe racer, outside of that saddle, but it still looks like fun.

Sure, this style of bike isn’t really optimized for pedaling and it can be a bit tricky to adjust for riders on the extreme ends of the height bell curve, but it sure looks like fun!

Those wide tires and moped-feel make them a blast for cruising the street or hopping curbs. And since most fit into existing e-bike laws, they can usually be ridden almost anywhere without needing a special drivers license, unlike a lot of old-fashioned mopeds.

The ability to outfit the Aevon Le Cafe Racer with a variety of motors and batteries also seems promising. The only things I’d like to change would perhaps be a lower top tube and an integrated battery. They went 90% of the way there with a cool frame design, but then stuck that OEM battery pack on there. Surely that was a nod towards cost, but a custom-designed battery that matched the frame better would have really helped the aesthetics, in my opinion. Of course you could always modify the bike with your own battery later, which is probably what I would do. I did write the book on DIY lithium-ion battery building, after all.

So, all in all, I like the Aevon Le Cafe Racer. If I can score a test ride on it then I’ll be sure to follow up here with how well it rides.