Greyp has unveiled its latest electric mountain bike, offering up the hardtail G5 e-bike at Eurobike in southern Germany.

Croatian-based Greyp is the sister company of Rimac, manufacturer of the fastest electric supercars in the world.

The company rolled out its first electric mountain bike, the Greyp G6, earlier this year. Electrek broke the news from Zagreb, Croatia, and took the first epic test ride of the bike on the beautiful Croatian island of Brač.

Now Greyp is following up the full suspension G6 with a new hardtail version known as the G5.

The Greyp G5 was just announced at Eurobike, the largest European bicycle trade show, and Electrek is on the scene with the latest updates.

The Greyp G5 electric mountain bike is largely based on the G6 and shares the main carbon fiber frame (minus the rear suspension) and all of the integrated technology. 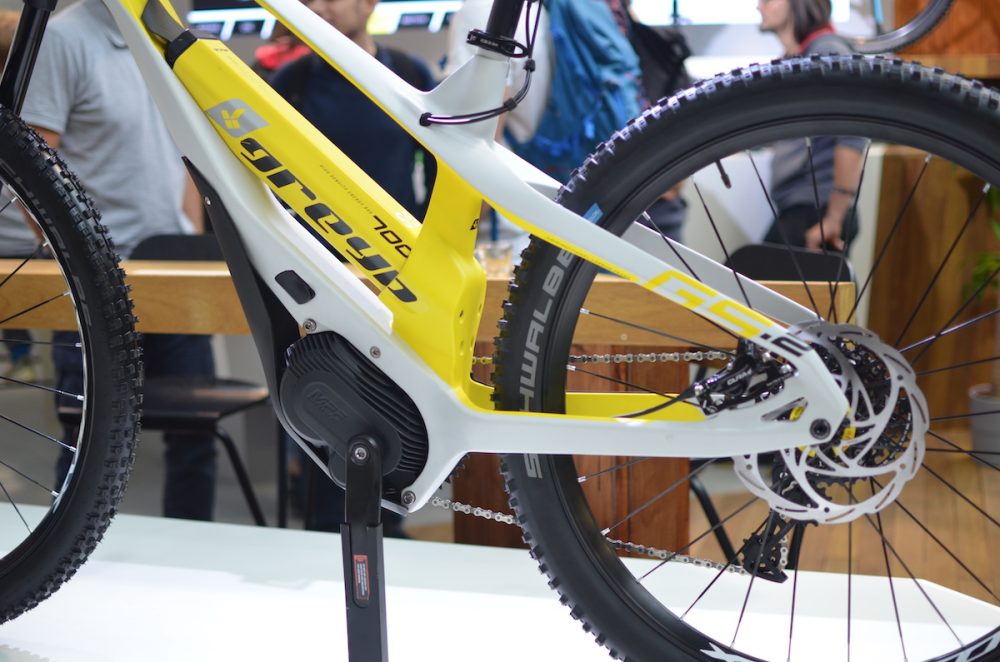 That means it has the same front and rear live view cameras as the G6. Those cameras offer instant uploads and livestream capabilities while riding.

Do or see something cool? Hit a button on the handlebars and a 15-30 second clip (user adjustable setting) gets instantly uploaded to your social media. You’ll have likes rolling in before you even dismount the bike.

The Greyp G5 also sports the same large 700 Wh battery as the G6 featuring the industry-leading high capacity LG MJ1 battery cells. The company rates the battery as sufficient for 100 km (62 mi) of range with pedal assist. In my own testing on the G6, I achieved a range of around 65-ish km (40 mi), though I was climbing up mountain trails in the highest assist mode. On relatively flat ground, 100 km of range is entirely reasonable.

A rather cool feature of the Greyp G5 and G6 is that the accompanying app can calculate your range based not only on the remaining capacity but also on the terrain of your projected route.

The bike is powered by a 250 W nominal, 450 W peak mid-drive MPF motor. While the company didn’t develop the motor in house, they wrote the proprietary firmware to unleash the full potential of the motor.

The bike’s connectivity is enabled by the eSIM module designed by Greyp. It allows the bike to be constantly connected to 4G telecom data without the need for a SIM card (with software taking the place of a conventional SIM card) and offers other interesting features as well.

Not only does it provide theft prevention, but Greyp also programmed in their own version of Tesla’s Sentry Mode, where if the bike is touched while parked, it will alert the rider’s phone and give them access to the camera feed to see who is messing with their bike. The owner can also activate the camera remotely at any time to check the surroundings or lock out the bike if it is stolen.

Greyp also pushes over-the-air updates to the bike which help the bike and battery’s software take advantage of updates that improve performance over time, helping to future-proof the bike. According to Greyp, updates roll out approximately every couple months. 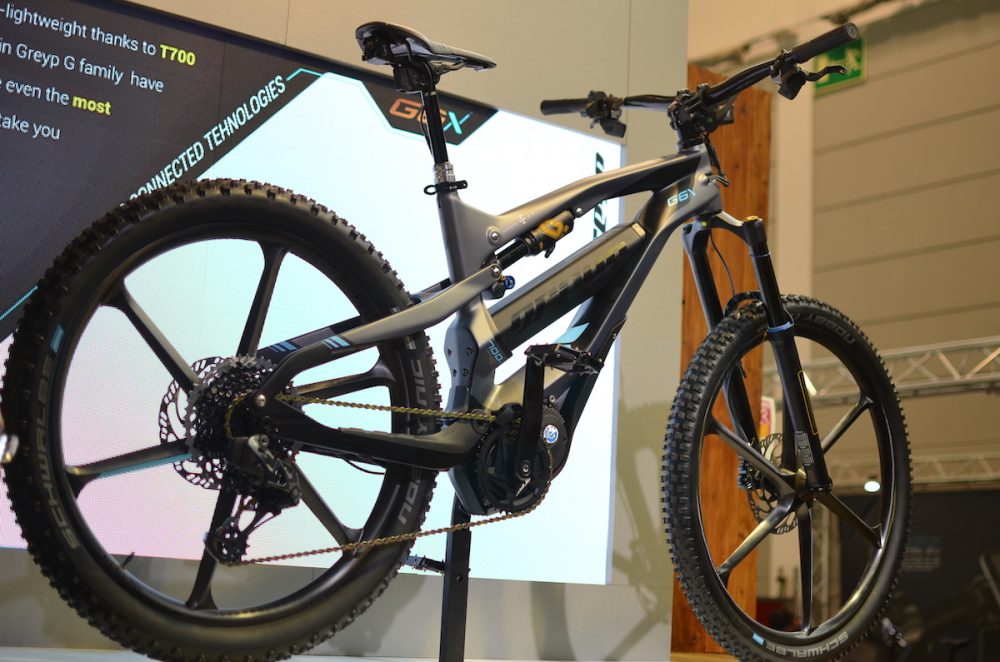 In addition to the new launch of the G5, Greyp also unveiled a new limited edition version of the G6 known as the G6X.

This ultra-premium version feels more at home parked next to a Rimac electric supercar and has a premium price to match, at around $15,400. But for that price, you get all the best components including Ohlins suspension, wireless shifting, brand new prototype 4-piston Magura hydraulic disc brakes, etc.

It’s got better components than my last electric motorcycle – and also costs more than it too.

The G6.2 (not the crazy, limited edition one above) also scored Greyp a coveted Eurobike award.

What do you think of the new Greyp G5 and the company’s expanding electric mountain bike line? Let us know in the comments below.