Ready for a risky bet? Curtiss is crowdfunding investments ahead of electric motorcycle production

Curtiss Motorcycles has been hard at work turning their futuristic and crazy-powerful electric motorcycle designs into production-ready bikes.

The company is hoping to enter production in 2020. With that goal drawing closer, Curtiss Motorcycles is now turning to crowdfunding to sell shares and raise capital for production.

Curtiss Motorcycles is planning to take private investments of a minimum of $1,000 for 5,000 shares of the company’s stock.

Assuming the company succeeds and turns a profit, those shares would then pay a return for early investors. According to WeFunder (akin to Kickstarter, but for actually investing in businesses), Curtiss Motorcycles has a current valuation cap of $11.6M.

The company has already laid out its initial plans for investment and growth over the next few years, with plans to take the company public on the NASDAQ.

According to Curtiss Motorcycles’ founder and CEO H Mathew Chambers:

“We are using proceeds to build 4 production prototypes for final validation and preselling of limited production beginning early 2020 while we split the stock 10 for 1 and uplift to NASDAQ to further democratize and make liquid ownership of CMOT common.” 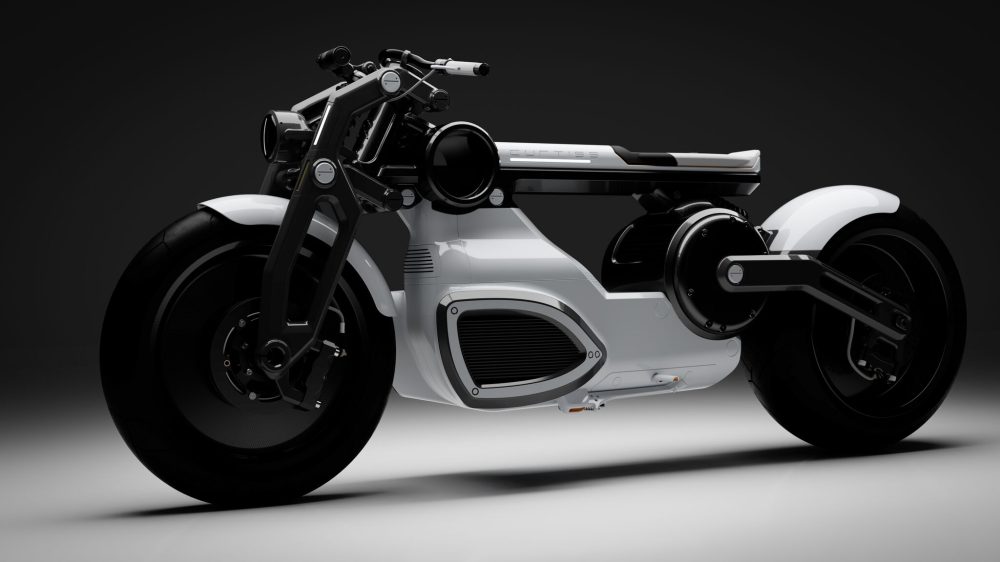 The company has already raised over $1.6M from 18+ high value investors and is now opening the door to smaller investors as well.

Curtiss Motorcycles recently became profitable and has a yearly revenue of approximately $3M. However, that is almost entirely based on their existing work with gas-powered motorcycles. The company announced earlier this year that they are going 100% electric, and their future success (or failure) will be decided on the fate of their new electric motorcycles. 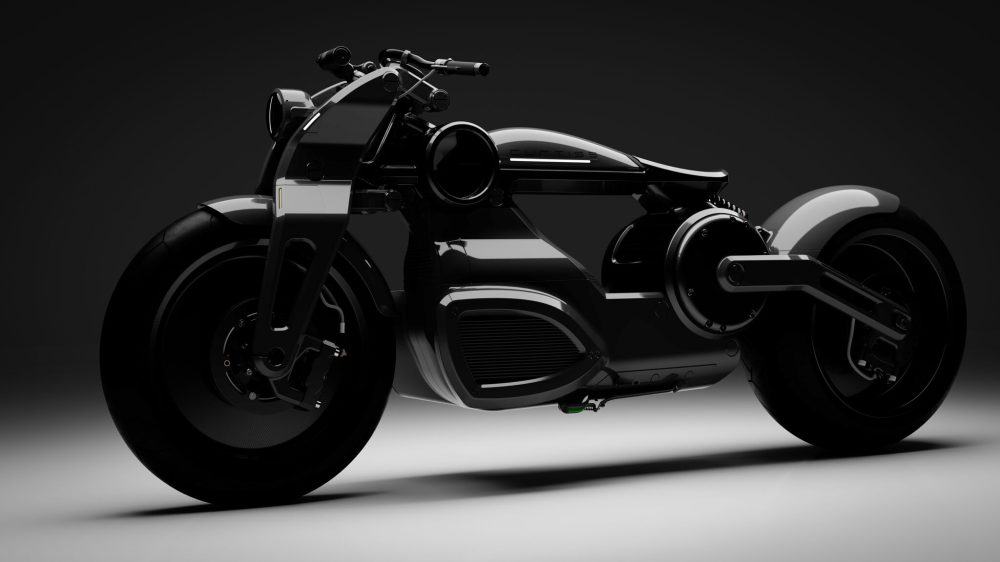 Since then, Curtiss Motorcycles has followed up with closer-to-production prototypes of cafe racer and bomber-style versions of the Zeus, as well as another powerful electric motorcycle.

Other companies including Harley-Davidson, Arc, Tarform, KYMCO and others are also working on high-powered electric motorcycles. Each is targeting production in the next year or two, which is heating up the market in anticipation.

While some companies like Harley-Davidson are targeting higher volume e-moto production, Curtiss Motorcycles focuses on lower volume and higher cost electric motorcycles. Their current customer base is comprised mostly of wealthy motorcycle enthusiasts. Curtiss is hoping to translate that same appeal used to sell their gas bikes into a new wave of electric motorcycles.

If you are the kind of person that wants an electric motorcycle that can go 0-60 mph in 2.1 seconds like the Zeus shown above, then you’re probably not risk-adverse. That’s good, because this is not a low-risk investment opportunity.

Curtiss Motorcycles has their work cut out for them. Don’t get me wrong, I think they have potential. Their electric motorcycles are impressive engineering feats. Also, Curtiss has made things a bit easier for themselves by using parts from Zero’s drivetrain. Why reinvent the wheel, or errr… motor?

But the company’s success is anything but a sure bet. These are not going to be cheap electric motorcycles. And with Curtiss’s 2020 production estimate, Harley-Davidson is likely to beat them to market. While unlikely to match Curtiss’s impressive performance specs, the Harley-Davidson Livewire is still likely to be a popular premium electric motorcycle. It has already drawn a large following and comes backed by the resources of a large and experienced manufacturer.

Plus, Curtiss is positioned firmly in the luxury market. Those kind of products don’t fare very well during uncertain economic periods. If there’s another recession or downturn in the cards, don’t expect luxury electric motorcycles to be selling like hot cakes.

Curtiss also still has a number of changes to make on its electric motorcycles before they’ll be street legal. Astute readers will have already noticed they lack many necessary features such as mirrors, turn signals, reflectors, license plate holder, etc. Nothing major, but the fact that the parts don’t exist yet indicates the company still has a ways to go before they’ll be production ready.

But hey, for just $1,000 you could become a part owner of Curtiss and pay for a whole pile of mirrors! And perhaps a few more comfortable looking seats too.

What do you think? Ground floor investment opportunity or a high-risk gamble? Let us know in the comments below.