Curtiss Motorcycles has just unveiled the pricing and additional specs for their Zeus electric motorcycle. The bike is positioned as the company’s flagship model and will be available in multiple formats.

Since then, they’ve rolled out multiple innovative designs for eye-catching and powerful electric motorcycles.

The original Zeus electric motorcycle prototype was an instant award winner upon its debut at the 2018 Quail Motorcycle Gathering. Ever since, the bike’s design has continued morphing into multiple versions including a cafe racer and bobber style electric motorcycle.

After teasing the world with studio photos and incomplete specs, Curtiss has finally opened pre-orders for their electric motorcycles. But don’t expect the Zeus to come cheap. 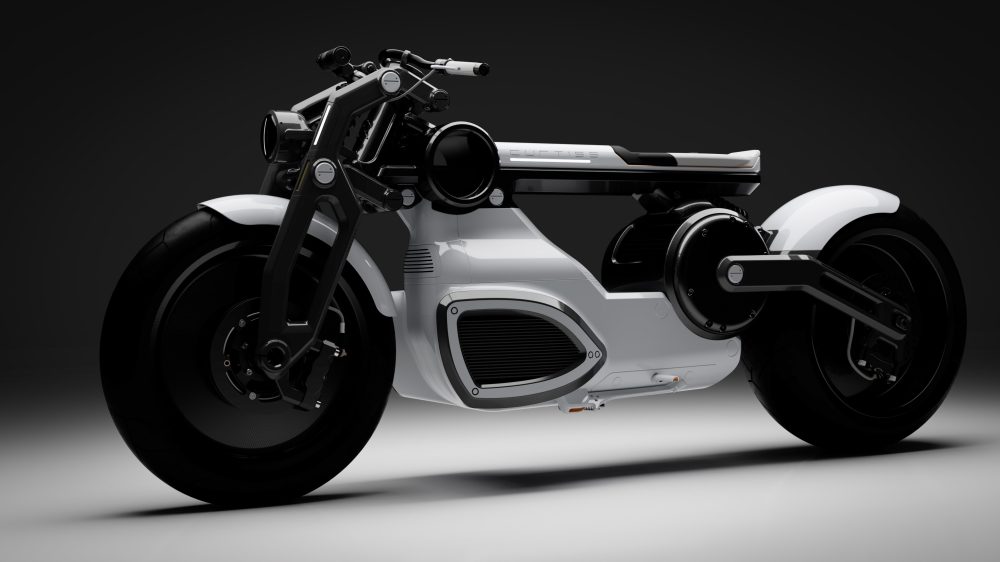 At $60,000, the Zeus makes a Harley-Davidson LiveWire look downright cheap. But with 450 km (280 mi) of range, the Zeus can also cover twice the distance as the LiveWire.

Customers won’t have to cough up that much money up front of course. A mere $6,000 is required to hold a reservation for a Zeus, which is planned for delivery in early 2020. Buyers should be fairly committed though, as that deposit is non-refundable.

The Zeus is powered by a massive 140 kW (190 hp) electric motor that puts out up to 197 Nm (145 lb-ft) of torque and provides a 0-100 km/h (0-62 mph) time of just 2.1 seconds. That power level puts the Zeus only slightly behind the Lightning LS-218, one of the most powerful production electric motorcycles on the market today.

The Zeus’ design is perhaps even more striking than its high power or equally high price. The Zeus features a machined modular 6061 aluminum monocoque frame enhanced with carbon fiber, and features a clamshell-style battery housing.

The bobber style bike features a swooping faux tank and short-tailed seat. The cafe racer has a flatter seat and clip on handlebars. To be perfectly honest, neither look incredibly comfortable to me, but I can’t really judge until I sit on one – which I’d love to do!

Is there room for a $60k electric motorcycle?

The Curtiss Zeus certainly isn’t the most expensive electric motorcycle on the market. The Arc Vector sports a six-figure price tag and a range that is barely over half of the Curtiss Zeus.

But when companies like Lightning are offering a $13k electric sport bike for delivery later this year, it makes you wonder how many people are prepared to pay this much for an electric motorcycle.

What do you think of the Curtiss Zeus? Let us know in the comments below.