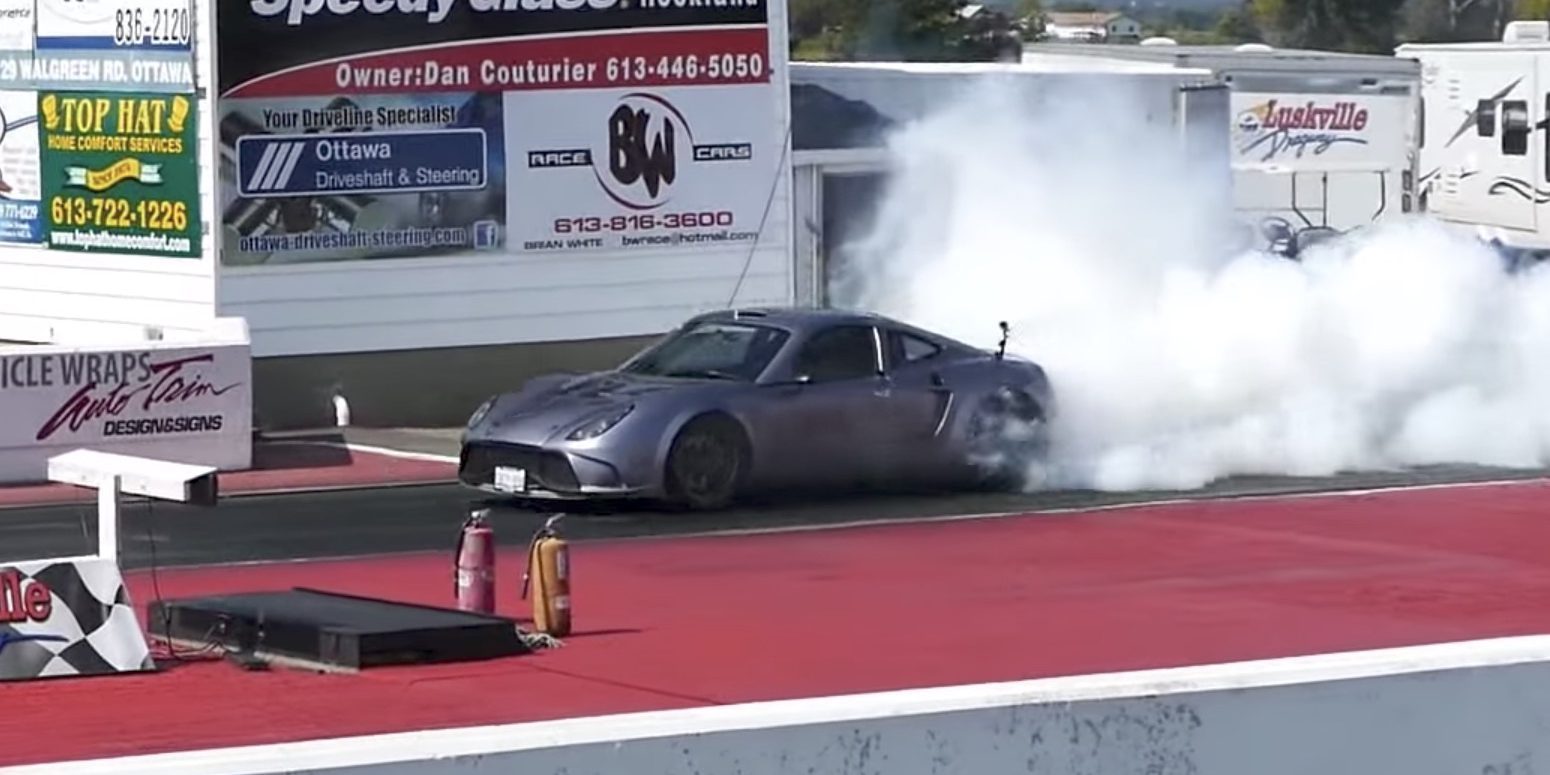 An electric kit car with dual Tesla motors has run a quarter-mile in an impressive 9.3 seconds — making it one of the fastest Tesla-powered cars ever.

Over the last few years, we have been reporting on Ottawa-based car tuner and car shop Eurodyne and Tapp Auto building a Factory Five 818 kit car with a Tesla RWD drive unit and two Chevy Volt battery packs.

The idea is that while Tesla’s drivetrain is much more powerful than the Volt’s, the battery pack of Chevy’s plug-in hybrid actually supports a higher discharge rate, despite being for a shorter period of time, than Tesla’s battery pack. It’s also much lighter.

With that car, they achieved some impressing times, including a 9.86-second quarter-mile run at 129 mph.

Now the team stepped its game up. Chris from Eurodyne told Electrek that they added a Tesla front motor to create a dual powertrain.

They have put the car to the test again and achieved an even more impressive quarter-mile in just 9.32 seconds and 137.9 mph at the Luskville track:

Chris believes that it is one of the fastest electric cars that can still be driven on the streets with a useful range of about 200 km.