Tesla CEO Elon Musk announced last year that the automaker was working on an electric and autonomous minibus based on the Model X platform. He said that the Model X is surprisingly well equipped to fit a bus body, but he later expressed doubts about the minibus program going forward due to the upcoming advent a shared autonomous car fleet.

Nonetheless, it doesn’t mean that a Tesla powertrain isn’t fit for a bus as evidenced by a new Tesla-powered electric bus project spotted charging at a Supercharger station.

In Europe, where Tesla uses the standard type 2 plug, you can often see non-Tesla electric vehicle trying to charge at its Supercharger stations.

The connector can actually go in the plug, but the vehicle won’t charge because it needs to do an electronic handshake with the vehicle, which only Tesla vehicles can do.

Furthermore, Tesla’s Superchargers can charge at up to 120 kW, which is not supported by any passenger electric car other than Tesla’s at the moment.

Some other EV owners will go as far as plugging their vehicle in a Supercharger just for the parking space knowing that it won’t actually charge the car. 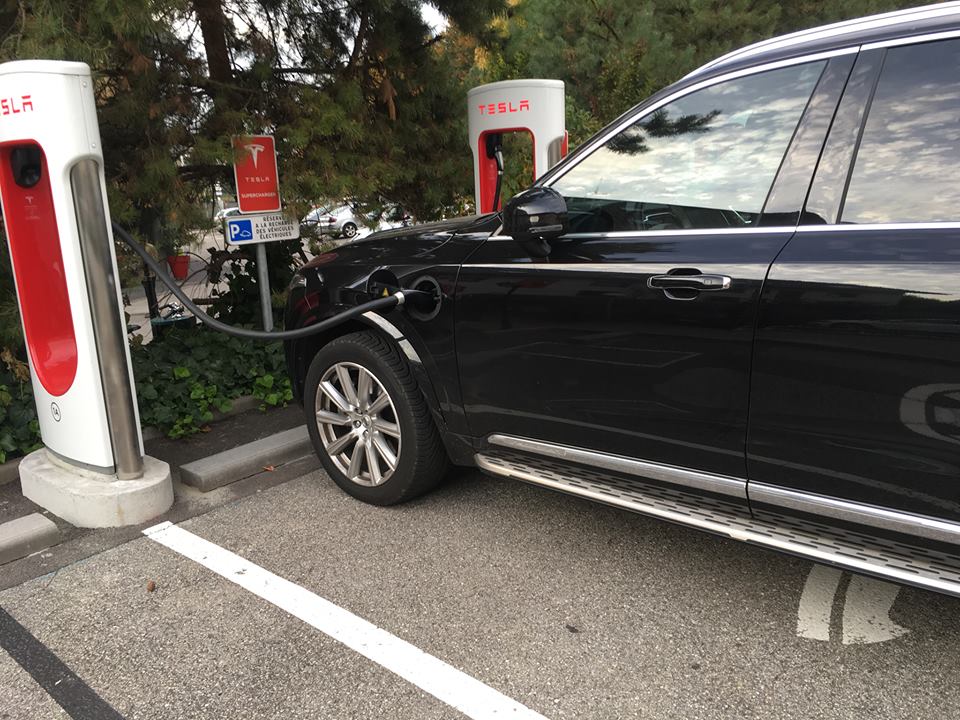 Bruno half-jokingly asked the owner how his car was charging on the Supercharger network after he came back to the vehicle, but the driver quickly left.

While Tesla has reportedly been in talks with automakers about sharing its charging network at times, no non-Tesla vehicle that we know of can currently charge at a Tesla Supercharger.

Which is why this sight captured by Pavel Zhuravlev at Tesla’s Oakdale Supercharger station in Minnesota is so interesting (via Tesla Owners Facebook group):

We see what appears to be a custom-built electric bus plugged-in at the Supercharger stall.

Furthermore, a visible battery monitor seems to be indicating that the bus’ battery pack is actually pulling power from the Supercharger: 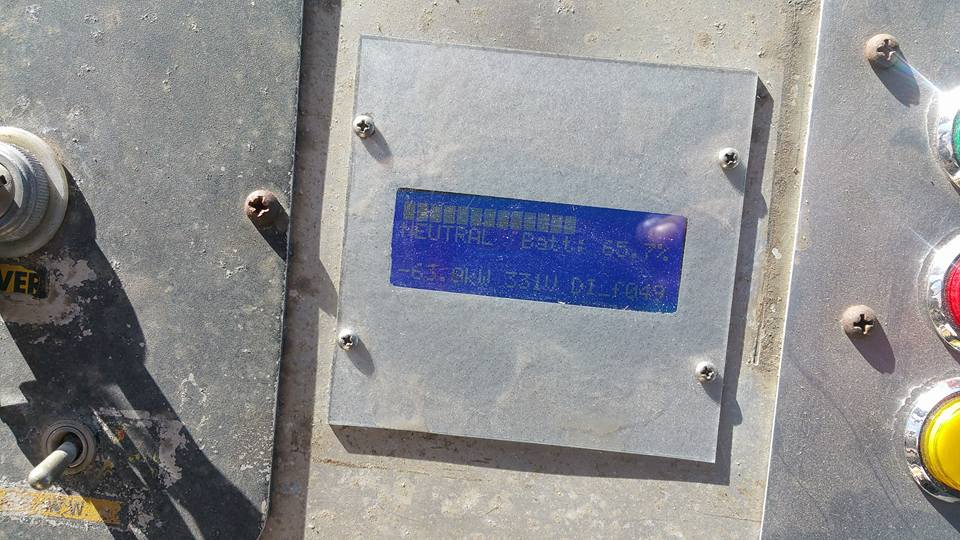 The leading explanation right now is that the bus is equipped with a fully functional Tesla powertrain, which is why it is visibly compatible with the Supercharger.

We have seen plenty of electric conversion car projects using at least parts of Tesla’s powertrain, like this impressive electric kit car that ran an insane 9-second quarter-mile, but nothing like this bus.

We are going to try to learn more about this interesting project. If you know something, please make sure to let us know (contact info below or via the comments).