A video of what appears to be the interior of the Porsche Taycan showing the dashboard and the user interface has leaked.

Interestingly, it shows a feature called ‘Autopilot’ – like Tesla’s Autopilot.

It’s based on the Porsche Mission E Concept unveiled back in 2015.

The Mission E was almost unanimously praised for its incredible design, but the production version, which will be unveiled in September, is expected to be toned down.

Over the last few years, we have seen a few heavily camouflaged test mules of the Taycan, but they don’t tell us a lot about the upcoming production model.

However, there have been a few leaks lately and we have seen some pictures of the interior of the Taycan last month.

Now a short video of the interior of the Porsche Taycan with a glimpse of the user interface has leaked (via Dealer Strip):

In the video, we get a first look at the user interface, including the strange gear shifter and the multiple screens.

On the center console screen, you can see the navigation UI and a feature called ‘Autopilot’ – like Tesla’s Autopilot feature.

It’s hard to tell from the video, but unlike Tesla’s Autopilot, it appears to be possibly related to automatic parking: 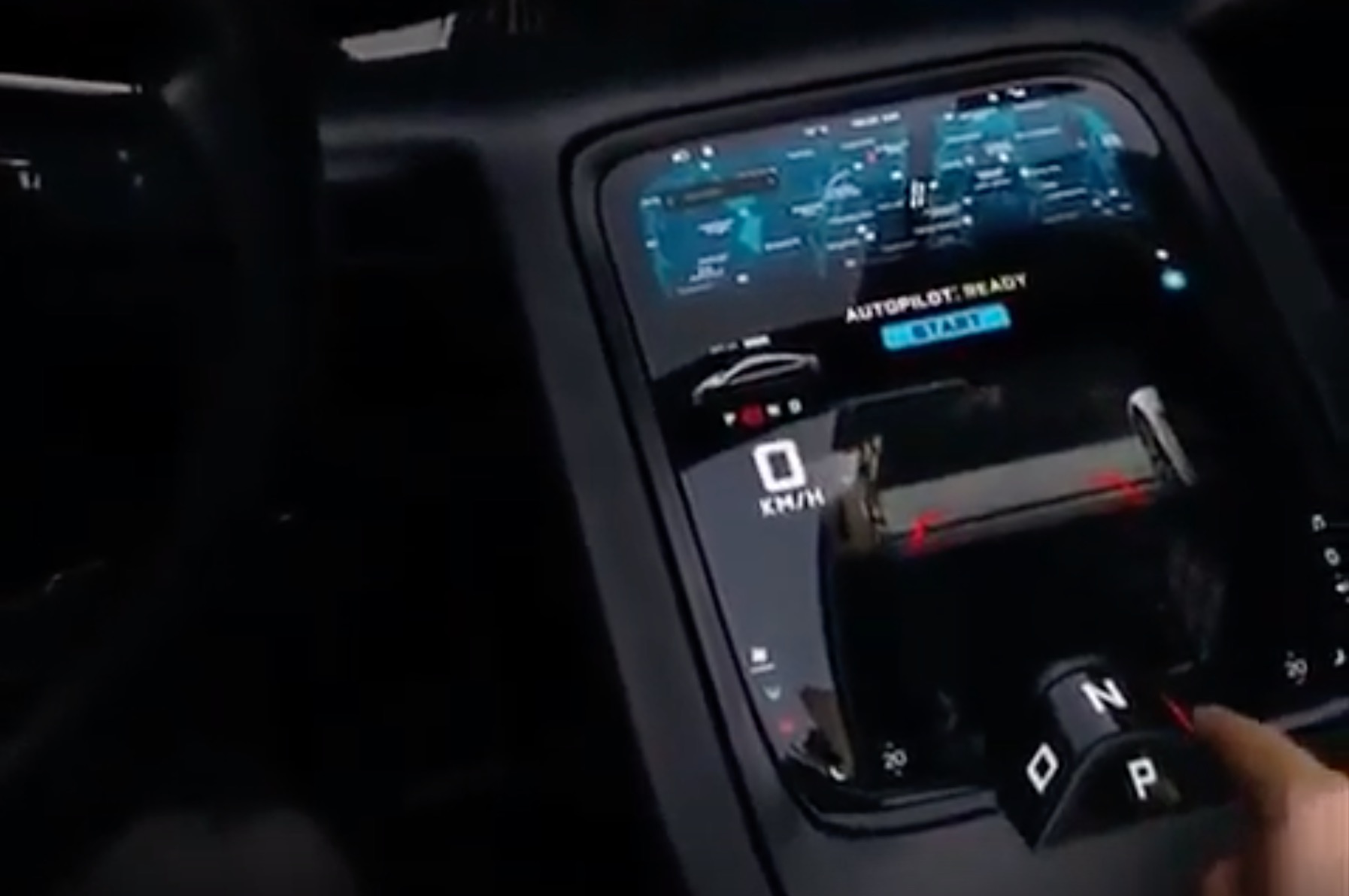 Earlier this year, Porsche said that Taycan is completing its ‘final test drives before it enters series production’.

Along with all those final tests, Porsche has also been using the Nürburgring racetrack as a proving-grounds for the Taycan.

They have been running the vehicle through a simulation of the track, but Taycan prototypes have also been spotted on the track.

Porsche aims to unveil the production version of the Taycan in September and the vehicle should hit the market shortly after.

As previously reported, the base version of the Porsche Taycan is going to have a ~90 kWh battery pack for about 250 miles (~400 km) of range.

The German automaker has also been hinting at two higher-end versions with greater capacity and over 300 miles (483 km) of range.

The unveiling of the production version of the Porsche Taycan is expected in September.