Love it or hate it? First ride on the MIKU MAX electric scooter thing 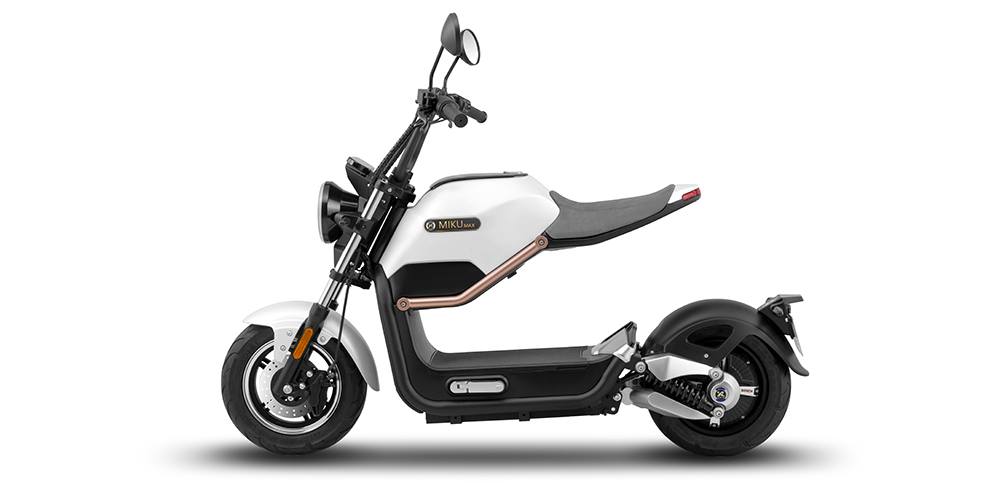 I first covered the Sunra MIKU MAX electric scooter late last year. The article blew up and it seemed that people had some very strong views either for or against the weird little personal electric vehicle. So when I finally got the chance to test ride one recently at the Barcelona Motor Show, I of course jumped on it. And here’s how it went.

This is by far one of the weirdest electric scooters I’ve gotten a chance to try.

The MIKU MAX is technically a scooter, though one with an unconventional design. The frame is C-shaped, leaving a large hollow void under the seat. The idea is that you could use it for cargo storage, though I’d probably add some cargo nets to either side to keep all of my junk in place.

The nice thing about the oddly shaped open area is that you can carry much larger objects than in a trunk. Things like cardboard boxes, laundry bags, step ladders… you name it! If it can fit in the void and not cause a danger to other vehicles around you, you can probably do it. 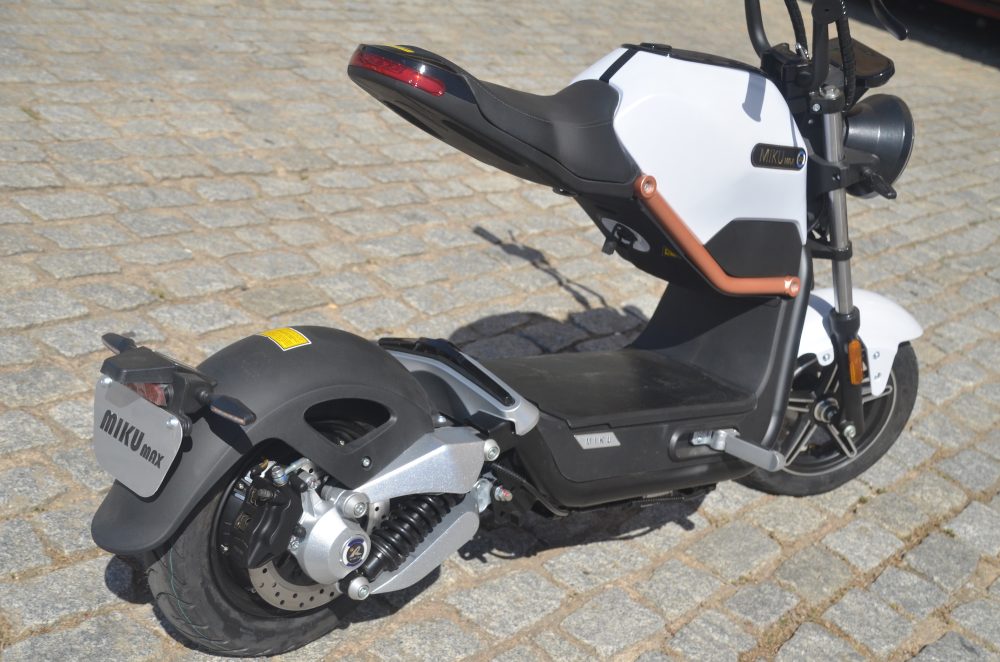 The MIKU MAX isn’t what I’d call the most technologically advanced scooter out there. It features fairly basic components and specs, though the inclusion of a Bosch motor is definitely a nod towards reliability. 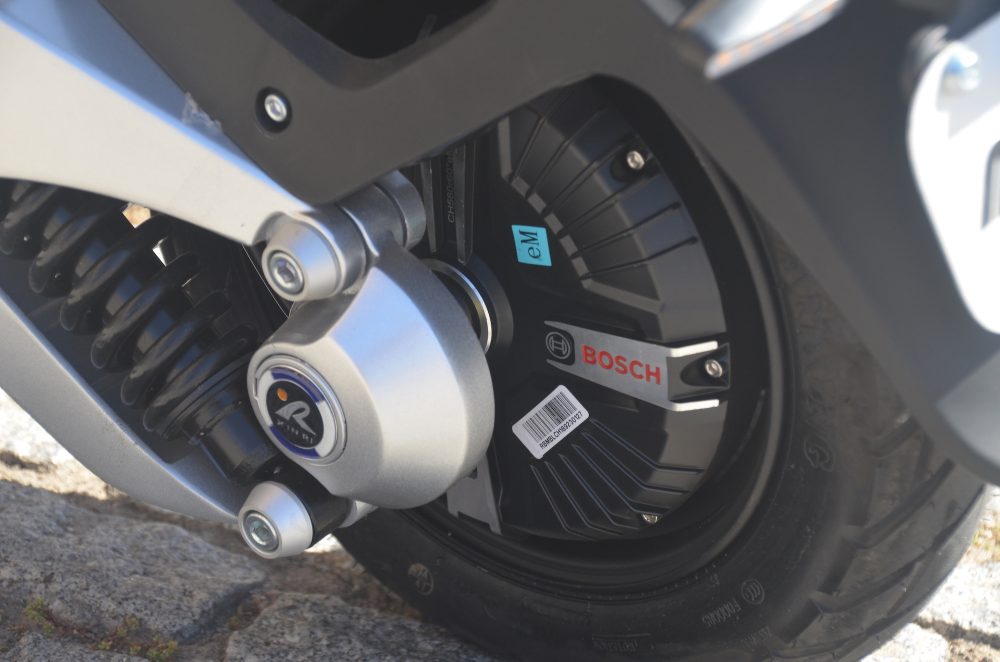 The MIKU MAX electric scooter is fun to ride, but it’s not the sportiest little EV I’d tried.

The 800 W motor definitely feels more powerful than its sticker would imply. However, the acceleration on the top end isn’t as good as the off-the-line launch. It takes around 10 seconds to reach the top speed of 45 km/h (28 mph).

While riding, the thing is a blast. It’s incredibly nimble with those small wheels. It also feels sportier than it really is because of the riding position. You straddle it like an electric motorcycle and hold on with your knees. That gives you the illusion that you’re riding something much more aggressive than the MIKU MAX. Cornering is a lot of fun because of this.

The motorcycle-style foot pegs, which fold in when not in use, also gave me the feeling that I was mounting and riding something closer to my City Slicker 3 kW urban electric motorcycle than a funny-looking 800 W scooter.

The suspension is better than I thought it’d be, though it wasn’t really any match for areas with huge and uneven cobblestones. On the street it was perfectly fine and absorbed everything from pot holes to speed bumps.

If I could make one change on the MIKU MAX, it would probably be to swap out the display. It has a color LED display but the beating Barcelona sun made it difficult to read at a glance from some angles. 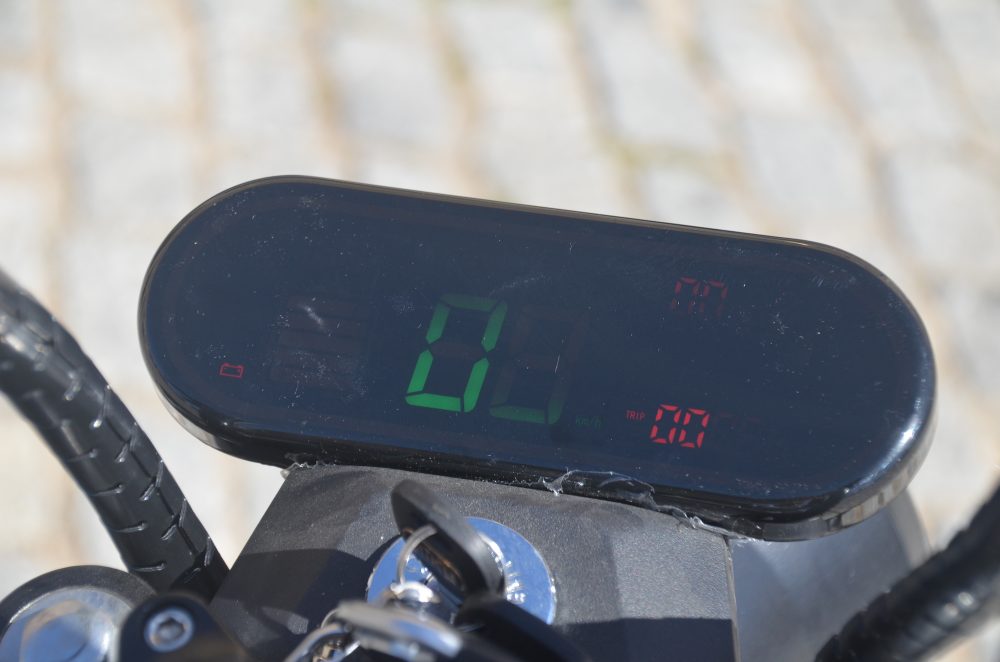 The LED lighting is plenty bright though, so it’s got that going for it.

Even though the C-shaped frame gives it such a distinctive (and weird) shape, I think it’s actually quite useful. I could definitely see myself shoving boxes and other things in there. My GenZe 2.0f electric scooter has been an amazing vehicle for grocery shopping and other cargo-intensive errands, but its large trunk still doesn’t handle odd and bulky things well. The open cargo area of the MIKU MAX feels like I could carry many more weird-shaped things there that don’t fit in normal scooter trunks. I could definitely see myself hauling a case of beer in there — though there is one other electric scooter I know of that is specifically designed to fit a case of beer in the cargo area.

For the price, which is around $700 in China or $1,500 once exported, it’s a pretty good little EV thing. If you don’t mind the funny looks, I think many will find it incredibly utilitarian. And considering the divisiveness of its appearance, which seems to split people down the middle, perhaps that means you’ll have 50% fewer thieves trying to jack your ride!

What do you think of the MIKU MAX from Sunra? Let us know in the comments below.