Watch this epic (and silent) OSET 24.0 electric motorcycle do what gas bikes can’t

As electric motorcycles and dirt bikes become more popular, an increasing number of riders are making the switch from yesterday’s technology to today’s. Check out the epic video below showing how an electric dirt bike can ride in places that a gas bike rider could never dream of.

Electric motorcycles turn down the volume

The list of advantages that electric motorcycles hold over their old-fashioned gas-powered brethren is extensive. But one of the most important for dirt bikes is the nearly silent operation of electric motorbikes.

There’s something timeless and freeing about riding a motorcycle. And while the intense braaap braaaap of gas-powered dirt bikes may be nostalgic for some, it can be severely limiting when it comes to finding places to ride.

Electric dirt bikes can be ridden nearly anywhere without disturbing the locals. That opens the door to riding every rocky hill side, abandoned lot or even your back yard early on a Sunday morning. The freedom to ride nearly anywhere has brought a lot of converts to electric bikes in recents years. 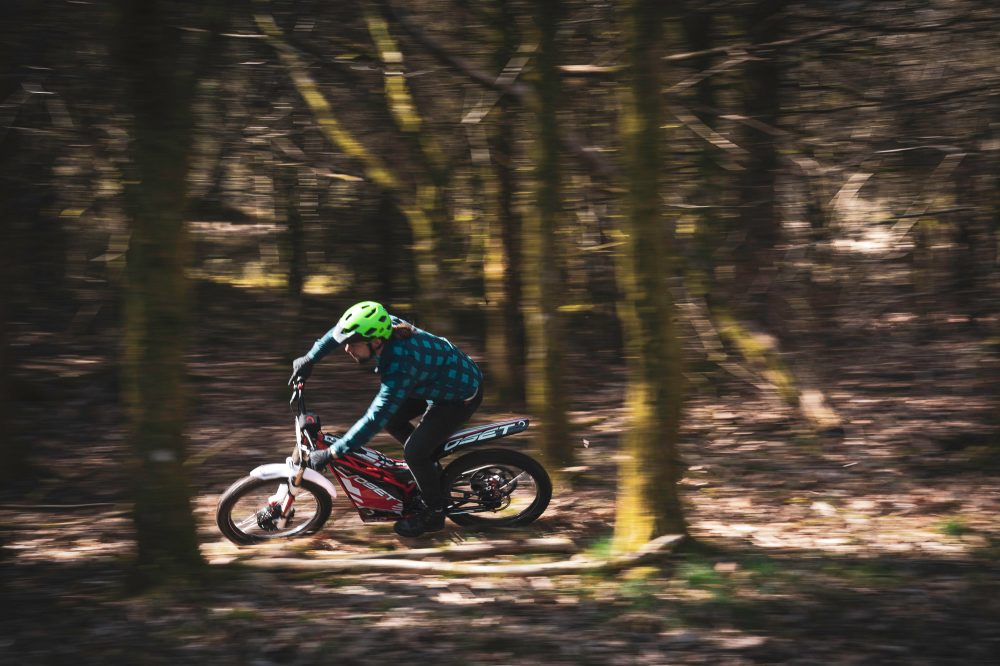 Stunt rider Chris Northover is a prime example. He grew up riding gas-powered bikes but made the switch to electric.

“For me, motorcycles started with an engine. The smell of the fuel. The smell of the exhaust. To learning to kick start my first bike. Now electric bikes have come along and we’ve lost some of those smells and those sounds, but we haven’t lost any of the experience.”

In the video below, Chris shows off what an OSET 24.0 electric trials bike can do in capable hands. He rides beautiful trails and slopes performing expert stunts, all while preserving the peace and serenity of the alluring locales.

Trials bikes are a special subset of dirt bikes. They lack seats and feature suspension designed for more technical riding. Courses are generally shorter but more grueling and include a wide variety of obstacles.

As more companies enter the electric dirt bike market, the number of options to choose from is increasing rapidly.

Even after the unfortunate demise of Alta Motors, a new swath of companies across the US and Europe are picking up the slack and bringing new electric dirt bikes and motorcycles to the market.