Lightning’s newest electric sportbike recently attended its first public showing since its launch in March. Just days afterwards, the company shared an inside glimpse of the newest e-moto’s production line.

The company delivered on those promises, though the entry-level model ultimately came with slightly lower specs. Still, the Strike marked a shift in the industry towards more affordable high power electric motorcycles.

Pre-orders rolled in quickly as excitement grew about the Strike, and reservation holders as well as the public got the first chance to see the new bike in the flesh at the Dream Machine event at Half Moon Bay on April 28th.

The Lightning Strike was shown off in multiple colors, as seen in the event photos below. 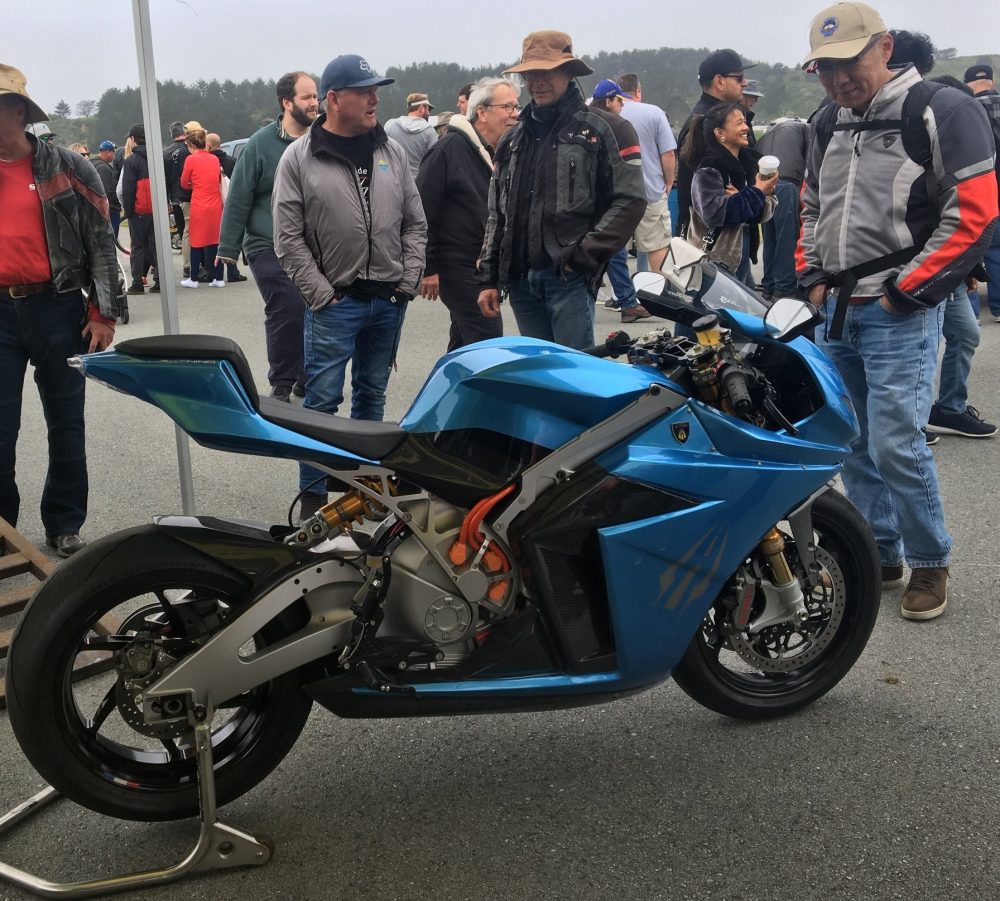 “Our Lightning Strike made its public debut at the Dream Machine event at Half Moon Bay on Sunday, April 28th. We met hundreds of motorcyclists who were excited to see the Strike in person. We also had the opportunity to meet some of the next generation of Lightning owners. All in all it was a very enjoyable day for our Lightning team.”

The company is performing much of the component production at a facility in China. Many of the parts are being produced in Lightning’s 20,000 sq ft (1,860 sq m) facility in Quzhou, south of Shanghai, shown below.

They are then assembled in California at Lightning’s own San Jose facility, which is similar in size to their Quzhou factory. The carbon fiber bodywork found in the Strike Carbon Edition is all performed in-house at Lightning’s California facility. You can see a number of Strike motorcycles on the final assembly line below.

“We are excited to report that the Strike Carbon Edition is progressing well and is on track to begin delivery in July.”

There is no word yet on when Lightning will expand sales internationally, though the company has confirmed that plans are in the works.

I’m certainly excited to see that the Lightning Strike’s production is on schedule. This bike will definitely push the industry towards more affordable options.

It faces local competition from other American electric motorcycle manufacturers such as Zero Motorcycles and Harley-Davidson. To its credit, the $12,998 Strike is priced below many of Zero’s offerings and substantially below the $29,799 Harley-Davidson LiveWire.

But the Strike will also face competition from international brands such as Energica and Evoke, both of which offer high-power and high-speed electric motorcycles that are either available now or coming soon.

Things are really heating up in the electric motorcycle industry, and that is making 2019 a very exciting year for all of us!