Tesla Semi prototypes show up at Gigafactory 1 amid production rumors

The Tesla Semi prototypes, both of them, showed up at Gigafactory 1 today amid rumors of production plans finally coming together for the electric semi truck.

When Tesla first unveiled its semi electric truck back in 2017, the company said that it planned to bring the vehicle to production in 2019.

Now in 2019, we still don’t know where they plan to build the vehicle or if the original delivery timeline still holds true as we enter the second quarter.

There have been rumors of production plans forming lately with the company releasing a new Tesla Semi diecast using the “same 3D CAD data used to manufacture the actual Tesla Semi” and CEO Elon Musk saying that he is “looking forward” to producing the electric truck.

But the actual manufacturing location of Tesla Semi is still unknown — though Gigafactory 1 has been rumored to be at the top of the list.

Earlier today, Tesla’s only two known electric truck prototypes were seen driving toward Gigafactory 1 (via model3teslame and derkaderkaderrek on Instagram):

Later, the two Tesla Semi trucks were seen being displayed in front of the factory in Nevada (via t35l_4 on Instagram): 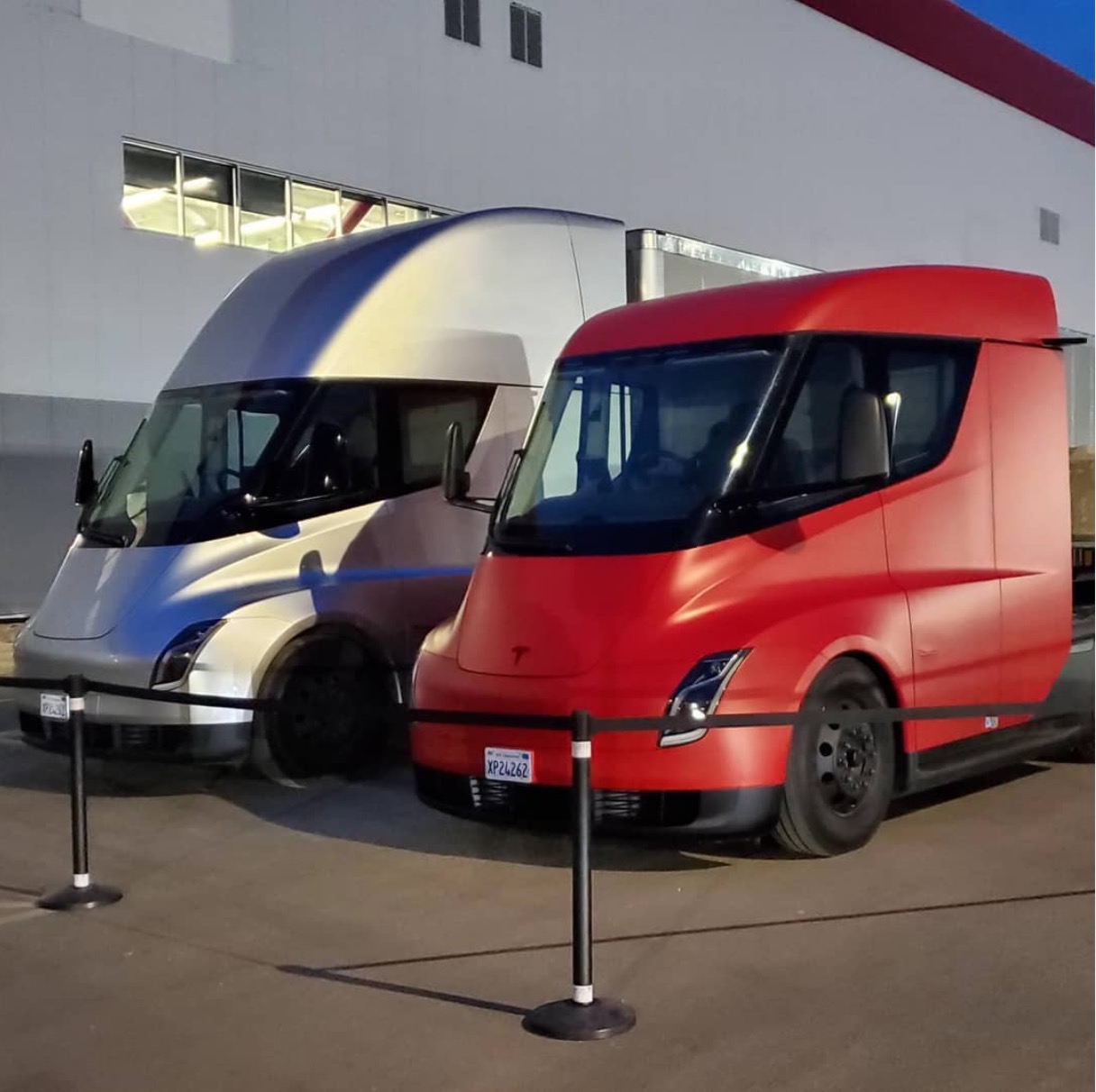 It’s still unclear why Tesla is displaying the two prototypes at the factory, but the vehicles have also recently been used to move cargo.

During the recent end of the quarter push, Tesla used its semi electric truck prototypes to deliver its electric cars to customers.

Tesla has also used the trucks to transport cargo between Gigafactory 1 and its Fremont factory in the past.

Musk described the logistics costs between the two factories as ‘gigantic’.

We expect Tesla to make an announcement soon about the production of the Tesla Semi.

They gathered a lot of reservations and it’s similar to Tesla’s previous vehicle programs. Those reservations are from commercial customers who are waiting for the vehicle in order to update their fleets, which are an essential part of their business.

Therefore, I expect Tesla to soon update everyone on the status of the Tesla Semi program.

Hopefully, it’s still on time, but I wouldn’t bet on it.

As for the location, I agree that it’s very likely going to be at Gigafactory 1 in Nevada.