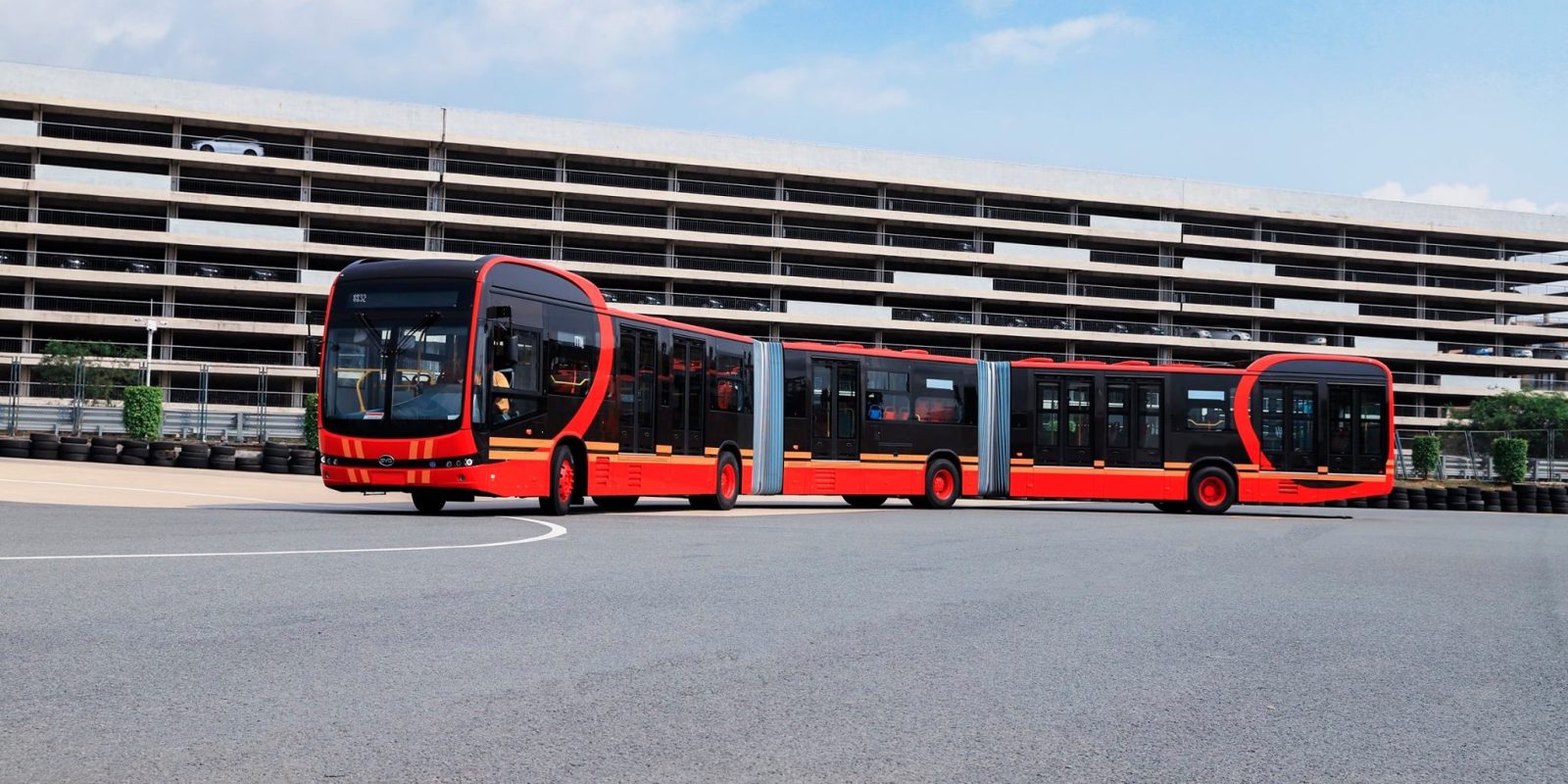 The company introduced the K12A at its headquarters in Shenzhen, China. BYD’s K12A has a passenger capacity of 250 people and can reach a maximum speed of 70 km/h (about 44 mph). It has a range of 186 miles on a single full charge.

BYD claims the K12A is also the world’s first electric bus with a 4WD system that can “switch between 2WD and 4WD smoothly to meet the demands of different terrains, while also lowering the vehicle’s overall energy consumption.”

BYD announced the launch on its Facebook page today, raising questions from some about the introduction of such a massive bus on April Fools’ Day. But it’s not as if similarly-sized non-electric bi-articulated buses don’t already exist.

Up to 186 miles on a single charge#ZEB #Bus #ElectricVehicle #EV #EVs #ClimateAction pic.twitter.com/D1TE967q2u

The company notes the bus has been developed for Colombia’s TransMilenio bus rapid transit system, along with other world BRT systems.

BYD’s K12A looks to set a milestone for electric bus length when it hits Colombian roadways, but electric buses are already making inroads across the world. In 2017, 12 major cities pledged to buy only all-electric buses by 2025, including Los Angeles, which ordered 60 all-electric BYD buses of its own in the same year. We’re seeing smaller cities introduce more electric buses all the time.

But China is the undisputed king of electric buses — it’s estimated that 99 percent of all electric buses in the world are in China. The country’s electric buses are even making an impact on overall worldwide oil demand, moreso than electric vehicles at this point.

We do have to ask: of all the days to introduce a super-long electric bus, why April 1?