A Tesla carrier was spotted with a truckload of Tesla vehicles, which is nothing out of the ordinary, aside from the fact that one of the vehicles was a camouflaged pickup truck – sparking speculation about Tesla’s upcoming electric pickup.

Truck car carriers full of Tesla vehicles are not really a rare sight these days.

It’s especially true since the automaker achieved volume production of the Model 3.

Yet, a Tesla carrier in Eastern Ohio caught Redditor u/streff‘s attention yesterday because it was not only carrying Tesla vehicles.

Amongst a bunch of Model 3 vehicles, there was a pickup truck with either some camouflage or really heavy shipping protection packaging: 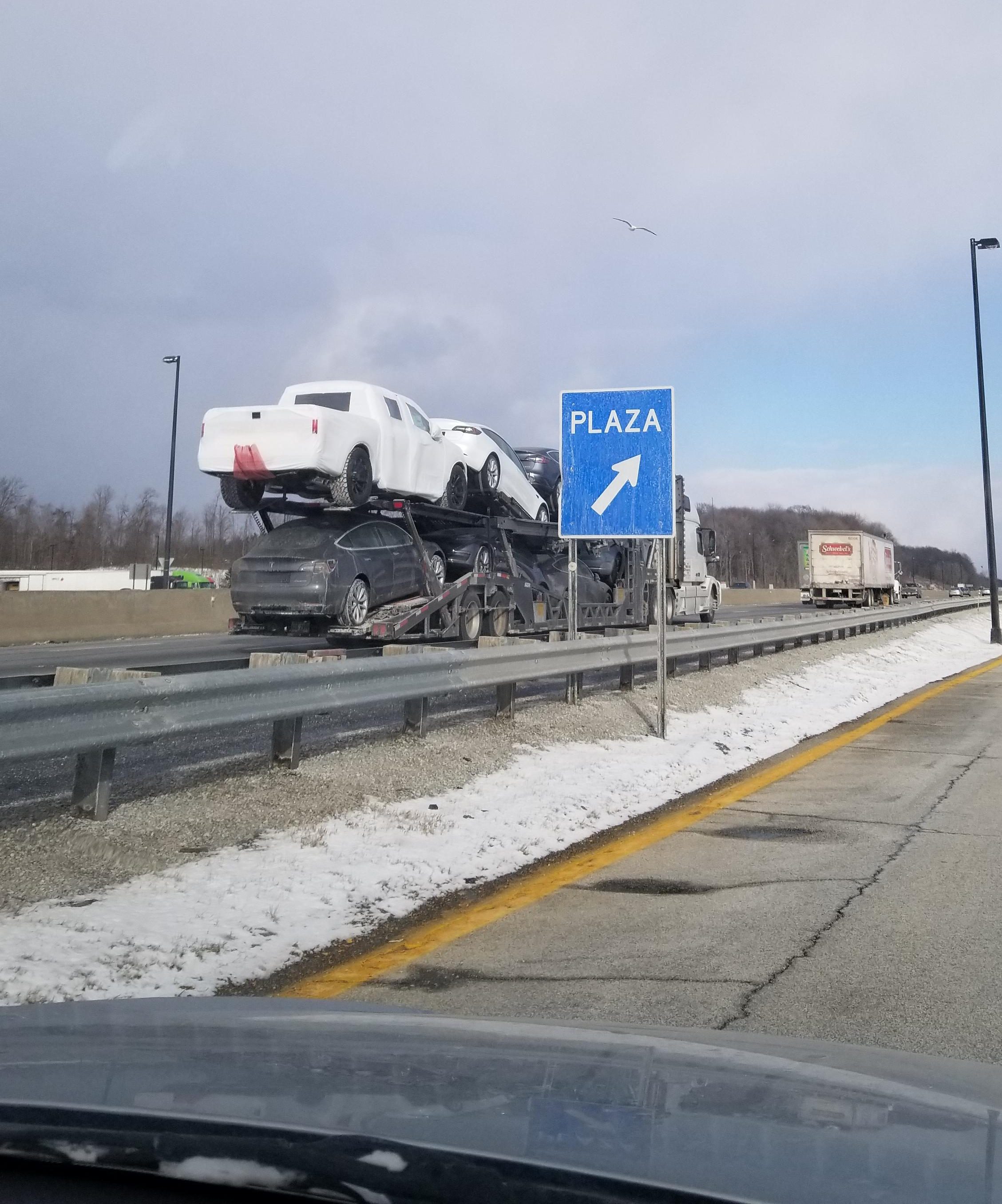 After posting the picture to the Tesla subreddit, some speculated that it could be a prototype of the Tesla Pickup truck, which is supposed to be unveiled later this year.

But upon closer inspection, the pickup truck on the car carrier clearly has exhaust pipes and looks to be a Ford F-150.

It’s not stopping some to speculate that it still has something to do with Tesla since some automakers have been known to use bodies from other vehicles to create test mules for electric powertrains.

In some cases, the vehicles end up still having exhausts pipes, like the Porsche Taycan prototypes: 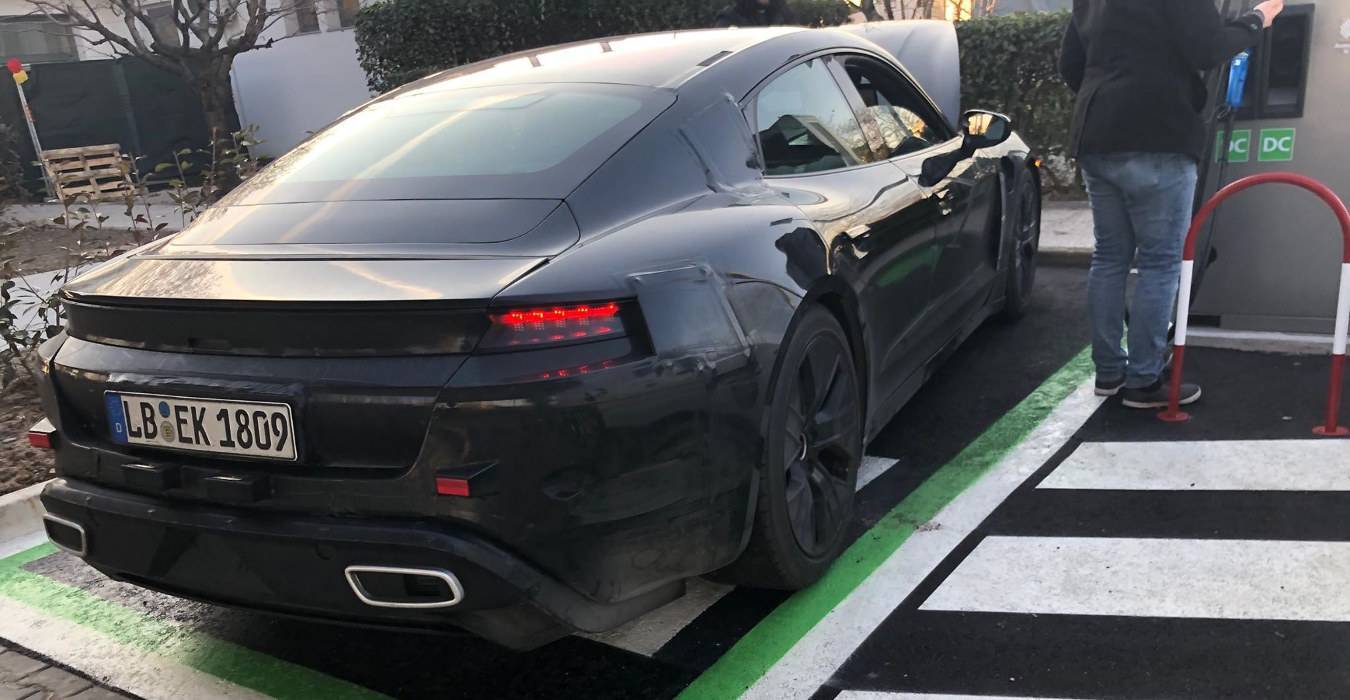 Last year, CEO Elon Musk hinted at an accelerated plan for Tesla to bring an electric pickup to market.

We already know quite a bit about the Tesla Pickup Truck’s specs after Musk sought suggestions about the vehicle in development and shared some of the targeted specs.

Musk also said that the pickup truck is his favorite upcoming Tesla vehicle and it will have a ‘really futuristic-like cyberpunk Blade Runner’ design.

Of course, even though it’s camouflaged, we can clearly see that the design of that truck is fairly conventional.

But again, if the truck has something to do with Tesla, which is far from confirmed, it would only be a test mule.

Somehow I doubt it. First off, what would it be doing in Ohio? Testing? Maybe?

I admit that it is weird to see a somewhat camouflaged truck on a carrier full of Tesla vehicles, but I wouldn’t bet that there’s not another explanation than a Tesla pickup truck test mule.